"Senthil Kumaran , Asthor: "The African continent has a lot of potential for the horticulture sector"

The Netherlands is always considered to be the market leader globally since the beginning, regarding rose cultivation. Of late, Dutch growers are increasingly experiencing very high competition from Africa, mainly Kenya and Ethiopia. In the past two decades, the rose cultivation shifted from the Netherlands to Kenya. However, according to Senthil Kumaran of Asthor agricola, this industry did not shift immediately to Kenya. The evolution happened first from the Netherlands moved to Israel, then to Zimbabwe and reached Kenya in the late 1990's. "So, not Kenya, but Zimbabwe was a pioneer in the rose industry of Africa. However, due to several reasons/difficulties, this flower sector was unable to progress and moved to Kenya." Since early 2000, Ethiopia started to cultivate roses. According to Kumaran, the African continent has a lot of potential for the horticulture sector. “After a Master’s degree in Horticulture in India, it has been an enjoyable journey in learning the professional life in Africa," says Kumaran.

Tanaflora Project
The Tanaflora project, in Bahir Dar, Ethiopia was the first and biggest project initiated by government along with the Development Bank of Ethiopia. The project was awarded and executed by the Spanish greenhouse manufacturer - Asthor agricola in late 2010s. They built a complete 40 ha – each one hectare sized greenhouses for rose cultivation with all necessary logistics like pack house and propagation facilities. "We were part of the project from scratch, right from the bush clearing," says Kumaran. "The General Manager Dr.Alemayehu and his team have made a lot of efforts to set up this project and it was a really challenging project for us also. This project developed the entire area for further investments and employs around 750 local employees (mostly women – 70 to 80% in total employees) at the moment and indirectly many more. This has helped to get rural employment leading towards an uplift of their economical conditions. I could witness their self confidence by working in such projects and improve their skill developments. Besides business, such hi tech horticultural projects alleviates rural poverty by improving their skills in undeveloped areas of Africa, and gives lots of self satisfaction,” says Kumaran.

Future for African horticulture
“By suitable site selection at different geographical locations with appropriate micro climate conditions, according to selected horticultural crops, with good fertile virgin soils, enough water resources, the crop has no complaint except enjoying growing and delivering the best possible yields in Africa. Though it is very challenging, but it is possible with consistent efforts and bullet proof management systems,” says Kumaran. 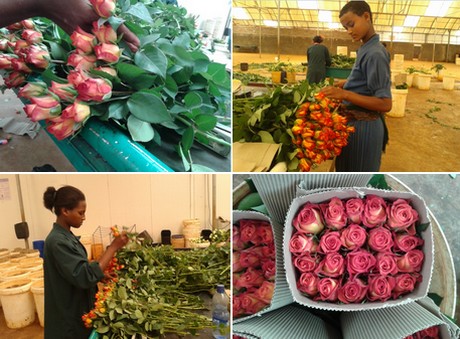