A new greenhouse is being built for D.S. Cole, an ornamental grower of young and finished plants. "They are currently installing the foundation," says Doug Cole, owner of the company. This 4,200 m2 sized greenhouse will be used for the cultivation of young plants. When the greenhouse is finished, the total acreage under glass will be 18,700 m2. 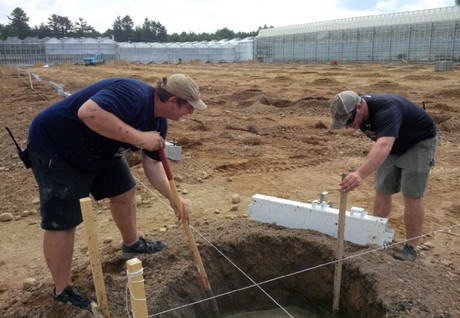 PB Water will supply all water systems and, like all the other greenhouses of D.S. Cole, this greenhouse will be equipped with double upper screens. "Two upper screens are put in because of the cold temperatures. One will be clear and one will be shade. We want to create the best climate for our young plants to finish."

Afterwards, when the greenhouse is installed, the tables will be put in. "This will be done by the company Logiqs Agro, who supplied all our benches and internal transport system for the entire facility. All benches are marked with a Universal Product Code (UPC) barcode. Therefore, we know where every single tray is when they move through the greenhouse, from the rooting area to the finished plants area. So, if we have to ship young plants to our customers, we can easily find them in the greenhouse," says Cole. 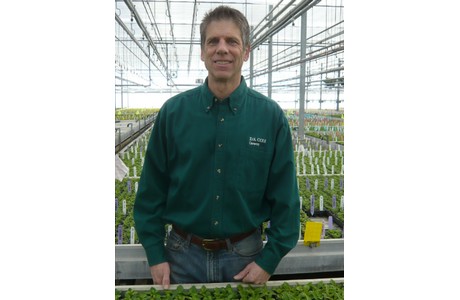 As said earlier, this new greenhouse will be mainly used for the production of young plants. Young plants are their major crop and over the last years the demand for the young plants increased, which resulted in a need for this expansion. "We just need more room," says Cole. "Around 7 million young plants were being cultivated from January to April. And as we have to keep the place moving, we finish the plants from April through the rest of the year." In the greenhouse around 1000 varieties of vegetative annuals and potted plants are being cultivated. "Regarding potted and bedding plants, we produce Gerberas from the company Florist, Alstroemeria from Könst and Begonias from Dümmen Orange. When it comes to spring plants, we cultivate the plants of a lot of different breeders like Selecta, Danziger, Sakata, Suntory, and Beekenkamp."

The new greenhouse is planned to be finished in December. "Then we can directly start filling it with young plants," says Cole.