Ecuadorians are fearing for the eruption of the Cotopaxi volcano. This volcano will erupt, but when? It might take days, weeks, months or even years. When it erupts, it will not only destroy the surrounding neighborhoods, but also some rose farms in the area. Fortunately, the situation of the volcano is quiet at the moment, but it is affecting the market. As well as the fear of losing their farms, growers also fear losing their customers, as they might start looking for other growers to ensure the deliveries. 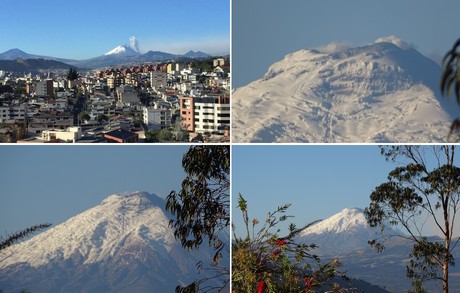 Pictures of the Cotopaxi Volcano.

Fear for lahars
"A couple of weeks ago, the volcano was spewing ash, which damaged some farms in that area." The farms along the river were not damaged at that time, but are currently under threat. When the volcano erupts, these farms could be severely damaged by the lahars that will come down from the ice-capped Cotopaxi volcano. When the volcano erupts, the magma will melt this snow and ice, which could result in a large lahar that will rush down the volcano. This large lahar can burst the banks and everything that is in its path. Rocks, trees, and so on will all be brought down and might destroy some farms.

Fear for losing customers
According to a grower in the area under threat, the entire market is affected by the Cotopaxi volcano. As well as the fear of losing their farms, the growers are also worried that they will lose their buyers before the volcano even erupts. According to a grower in that area, buyers might look for different growers to ensure their deliveries.

Hope
There are mixed opinions about how heavy the damage will be for the farmers. Some say the damage will not be that terrible and others say it will. "Fortunately, so far, the volcano has not damaged that many farms. So, at the moment, the only thing we can do is hope that the damage will be limited when it does erupt," says Lema Bone.