The German market has long been the largest trading partner of the Netherlands. This is also the case in regards to the export of flowers. "But that will change," Frank Zeiler, employee from the Deutsche Blumen Groβ- und Import Handels, warned the audience at the Symposium German Horticultural Business in Motion. The event took place last Friday at Plantion, an auction place in the Netherlands. 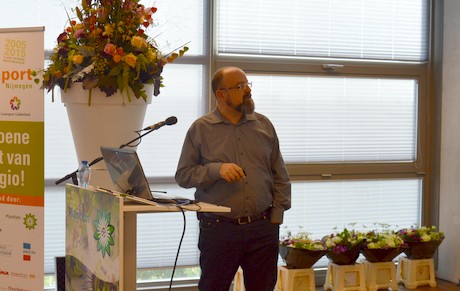 Germans are 'stable'
"The German customer always buys at the same product in the same place, with regular intervals", said Zeiler. " Sales figures therefore have been stable for years, but the group that buys plants is getting smaller. Their spend per head is thus increasing, but because these customers are almost always 50+, we face a major challenge. We can only tackle this problem by developing new strategies for new consumers.

Schizophrenia
“The answer lies in this respect not in biography," says Zeiler. "Of course this is important for many reasons, but one thing you will not win with it is the consumer. Just as everyone buys clothes from Primark even though they know that the clothes are probably manufactured under dubious circumstances. In that respect, our society suffers from schizophrenia." 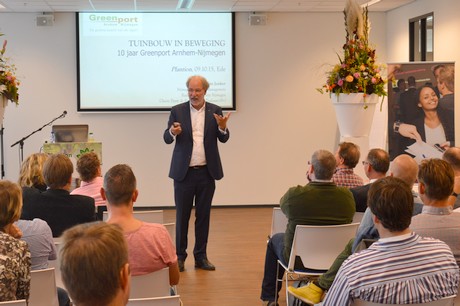 'Pork dilemma'
Devising new strategies and new business models, is the research area of professor of Radboud University, Jan Jonker. He also elaborated on Zeiler's story. "Your sector goes against what I call the ‘pork dilemma’: to work very hard to produce pork below cost price," said Jonker. "There are all kinds of sectors suffering from it. In addition, you constantly see that innovations shake a sector to their foundation, or a smart lad invents a 'super app' and everything is tipped upside down. You may not like it, but that is the reality you are dealing with.”

Jonker does not have an answer which guarantees success but gives imaginative examples. "A very nice one is that of the dairy farm. A farmer who had to keep his head above water, needed a loan. He did not get it at the bank, so he decided to put a crowdfunding in action. Local residents were promised a return much higher than in any bank. He invested in solar panels, which enabled him to produce his own energy. Then he did not pay the interest rate in euros, but in products that everyone needs: milk and meat. And so the cycle was closed."

Hire a clever head
The main message is join forces! The developments in the field of digitization and new methods of energy production are going so fast that inaction is not really an option. And if you yourself do not have time, place an X amount in a common fund, and pay it to a few students to design new models. These are not the costs and this area is bursting with clever heads who are more than happy to help. 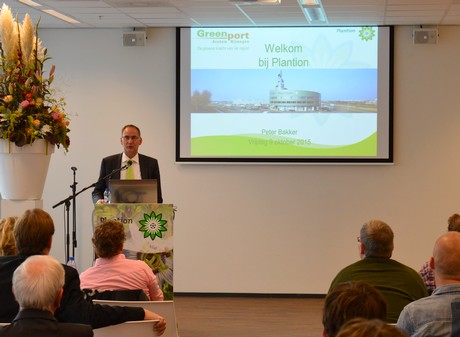 Plantion springboard German market
Besides the lectures from Zeiler and Jonker, the deputy of the province of Gelderland Jan Jacob van Dijk spoke of the ways in which Greenport Arnhem Nijmegen, through subsidies can help out. He spoke also about the visions that, in collaboration with the province, are to be developed in the future of physical horticultural area Gelderland. Additionally President of Plantion; Peter Bakker spoke on the excellent benefits that the auction house has to offer. "Plantion is a springboard for the German market. A buyer can rely on us for all existing products and we in contrast to FloraHolland are strong in mediation and do a lot of inter-regional sourcing. Also the sales via the clock are growing, indicating how much the center has attracted the attention of both producers and customers." 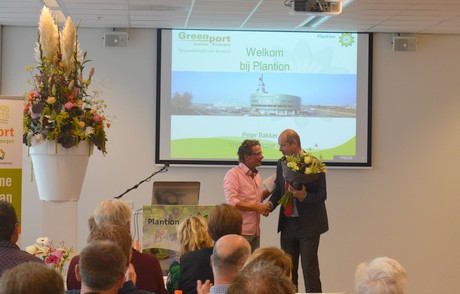 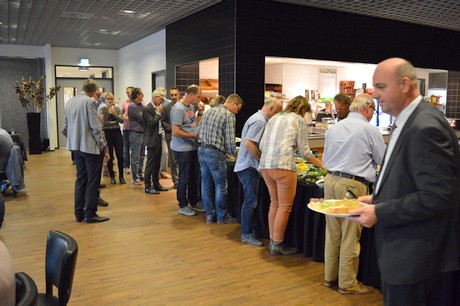 Afterwards it was time for a tasty buffet