The cockscomb celosia season has just started in Japan. "The first flowers are in bloom and are being harvested. Every year, the demand is increasing. Therefore, we plan to increase the production with 25 percent this season," says Issei Yamaguchi, Sales Manager at the Japanese cockscomb celosia and oriental lily farm Asukaen. The celosia season runs till about the middle of November. Then they will start the production of Oriental lilies again. 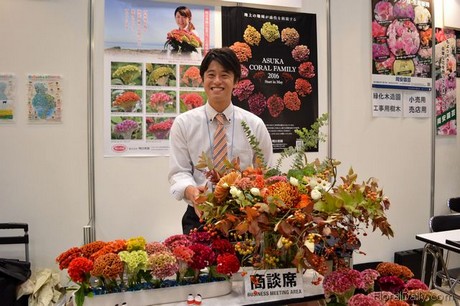 Issei Yamaguchi at the IFEX in Tokyo, Japan.

Demand
The demand for the cockscomb celosia of Asukaen, also called the Asuka Coral Family, has been rising for several years now. "I cannot point out the demand for this year, as the season has just started, however the buyers are very interested in how the production is going," says Yamaguchi. The increase in demand is also visible in the prices. "Last year, the prices increased by 15 percent. This year, I do not expect too much of an increase in price, because it is important to maintain reasonable prices for easy usage. So, in order to meet the market demand, we are planning to increase the production volume by 25 percent this season," he says.

Mother's Day is around the corner and will be celebrated on May 8th. However, the demand and supply of celosia for Mothers day is limited. "Even though some people are interested in using the celosia as a Mother's Day gift, our production is not aimed at this holiday. Our production volumes will increase after Mother's Day," he says. 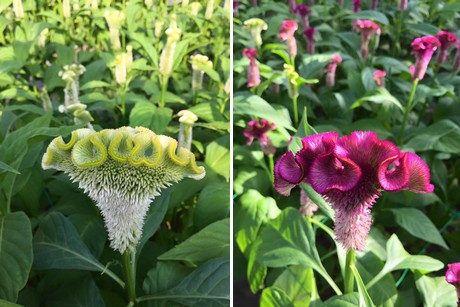 Popular colors
The Asuka Coral Family consist of 20 colors. "Our coral family is characterized by its brightness, so it can be used to add depth to arrangements." According to Yamaguchi, the green color is the most popular color in the assortment and orange and purple are increasing in popularity. "Green is the most popular as it can be easily arranged with many other colors. The popularity of purple is increasing as it has a bewitching appearance and orange is used for Halloween. Over the years, Halloween is becoming an increasingly more celebrated day in Japan," says Yamaguchi. 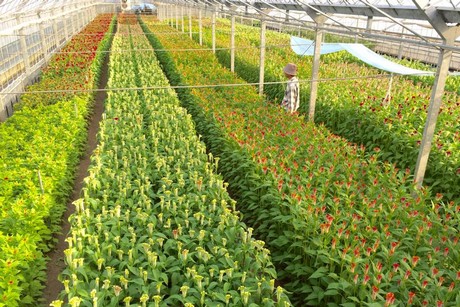 Greenhouse
The celosias are grown in a 7,000㎡ sized plastic greenhouse in Saga Prefecture, Japan. "Our greenhouse is a very basic one. Most of the techniques are manually controlled. Our technics are focused on keeping the soil in good condition by controlling the ecosystem of microbes. Microbes are very important to our farm," says Yamaguchi.

Next to celosias, Asukaen also grows Oriental lilies. "Originally, we are a Oriental lily farm. 12 years ago, we decided to add a crop with which we can rotate, as it is better to have a little variation in the assortment," says Yamaguchi. So, currently, the company produces celosias from May till about mid November. Then from mid November till May, they will grow oriental lilies. Annually, 400,000 coral flowers and 250,000 oriental lilies are being produced in this greenhouse. "The reason why we do not produce celosias year round is the fact that it will cost too much." 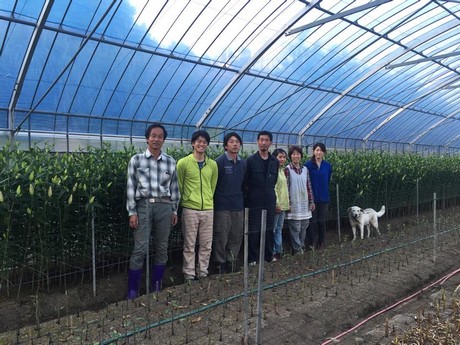 Future plans
In the future, Asukaen is planning to expand, not only the production of celosia, but also their breeding department. "At the moment, we are cultivating our own bred coral family. Our CEO, Hideyuki Yamaguchi, is the breeder of the seeds. In the future, we want to sell the seeds worldwide," he says.