"Consumers have little knowledge about when to buy plants"

It is a well-known development; consumers have little knowledge about plants and maybe even less about when to buy and plant them. "Consumers are looking for plants at any time of the year, not only during March and April anymore", says Alexander Kientzler, CEO of Kientzler. So, in order to simplify the purchasing decision of the end consumer at any time, this German young plant grower invested in a seasonal plant concept. This concept consists of individual concepts that represent a season. About 20 years ago, they launched their first concept, Autumn Magic and lately they completed the concept with the last season, Winter Magic. "Now, the consumer can easily see what plants are available and how to combine them throughout the year", he says. 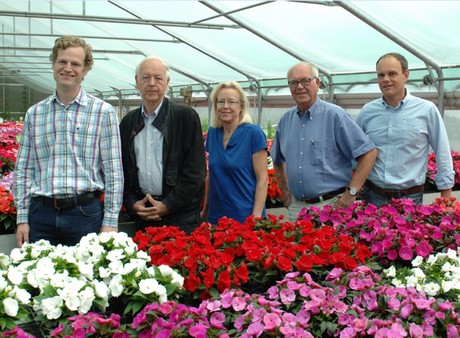 Change in purchase behavior
According to Kientzler, the consumers' purchase behavior changed over the years. "In the past, people bought their plants around March to May and they loved to plant, make combinations, and see them grow. However, over the last few years this has changed. Now, consumers want plants that are already blooming in fixed plant combinations and want to have plants at any time of the year", says Kientzler.

TrioMios
These developments are reflected in Kientzler's sales. "Our TioMios for example, is a fixed plant combination with three different plants that has uniform growth habits. Over the years, we have seen an increasing demand for these plants and especially the combinations with the contrasting colors. The Tweety Pop is such a TrioMio that is popular at the moment in Central Europe. This plant combination consists of two verbenas (blue and red) and a yellow bidens", he says. 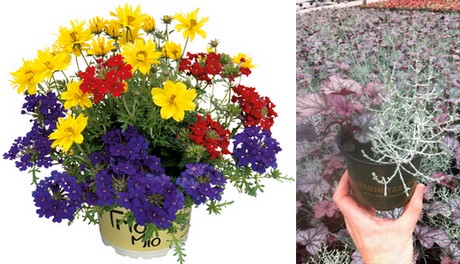 TrioMio Tweety Pop and the TrioMio in the Autum Magic concept

Seasonal plant concepts
The fact that the end consumers are demanding plants at any time of the year offers Kientzler the opportunity to expand their seasonal concepts. "About 20 years ago, we introduced the Autumn Magic concept. Over the years, we added Spring Fling, Summer Magic and we recently added Winter Magic. The idea behind the concept is showing the end consumers the plant availability in that season and how to combine them", he says. 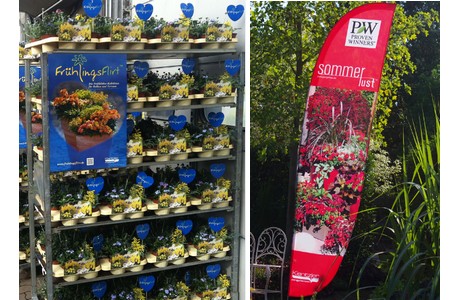 The Spring Fling concept with POS material on its way to the garden center. The Summer Magic concept beach flag.

Advantage growers
The concept does not only has advantages for the consumer, but also for the grower and retailer. "Every concept has its own varieties and POS material. The grower can select the varieties that meets the needs of his customers. Besides that, we assist them in the marketing of the product as we offer POS material like labels, tags, pots, flags", he says. 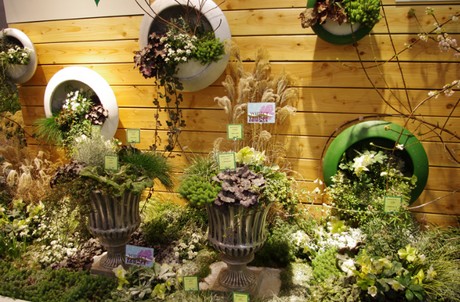 The WinterMagic concept was shown at IPM. This is the newest concept from Kientzler, completing the year cycle.

Advantage retailers/garden centers
Also the retailer or garden center benefits from the use of concepts. "The grower supplies a whole trolley with different plant varieties. Therefore, the garden center or retailer gets an attractive assortment of plants that fit together and work well in combinations. Additionally, with the POS material, the trolley also looks more attractive and is retail ready. Therefore, the demand for concepts, from the retailers' end, is increasing. All in all, the concept offers benefits for the entire chain", he says.

FlowerTrials
In two weeks, from 14-17 June, the FlowerTrials will be held. At the Flower Trials 2016, no less then 52 breeding companies will present their newest varieties in pot- and bedding plants, as well as the latest innovations and concepts at 30 locations, spread across three regions (Aalsmeer and surroundings and the Westland region in the Netherlands, and Rhineland-Westphalia in Germany). Also Kientzler will present its new varieties and for the first time, at two locations. "Besides the well known show garden at the company’s main office in Gensingen, Kientzler will set up a new location at Walbeck Castle (Geldern) in the Rhineland area, close to the Dutch border", says Kientzler.