It has been a busy first day at the FlowersExpo in Moscow. Despite the Russian crisis there is a strong interest in the show, not only from visitors, but also in terms of international exhibitors. Many of them have been exhibiting at the show for several years and even now, with the low prices and lower export volumes to Russia, they are still eager to participate in the show. "We have to be here," they say. "If the market recovers, we need to be top of mind." 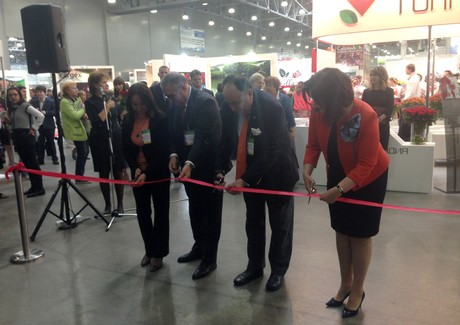 And regarding the recovery of the market, this might take a while as the Russian crisis is not only due to financial issues but also political issues. Russia has been in this crisis for about 2.5 years now, and some predict, and maybe hope, it will take another two years to get through it. Nobody knows for sure though. Fortunately, compared to last year, the exchange rate of the ruble fluctuates less, resulting in more stable export volumes for several growers and exporters. However, opinions are mixed. For some growers, it has been a better year, for others not. 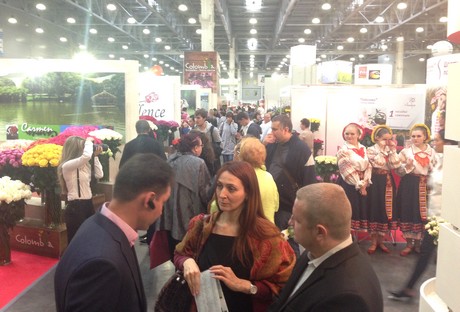 All in all, participating on the Russian market involves a lot of risks at the moment. Money transfers are difficult and risky according to several exporters. For this reason, some have started to work with pre-payments.

Elevated view on the show

The FlowersExpo is being held in the Crocus Expo will last until September 15. FloralDaily is also present to make a photo report which will be published on Monday September 19.