What are the odds for greenhouse construction:

Horticulture in Iran: Sleeping beauty or a mirage?

After nearly 37 years of sanctions, Iran is open for trade relations again. So far two horticultural exhibitions and a few trade delegations have taken place, but what are the real odds for the development of greenhouses? 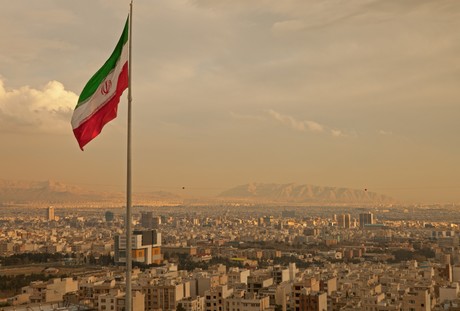 Tehran: Iran's capital that is home to 9 million people.

Let's start with some facts on Iran: the country is said to be the second largest economy in the Middle East after Saudi Arabia and had an estimated nominal GDP of $397bn in 2015. Iran also has the second largest population in the Middle East (after Egypt) with around 80 million people. Over 60% are estimated to be under 30 years old and the workforce is said to be highly educated.

"Iran is a sleeping beauty", says Farzad Pirmoradian of KGP Greenhouses. "With such a large population and many young professionals, there are positive changes on the horizon."

Pirmoradian is an Iranian with Dutch nationality. He works for Dutch greenhouse builders KGP and Gakon and is specialized in trade relations with Iran. Pirmoradian expects a lot will happen in the next few years. "Iran is open to do business and the government backs efficient technologies to revive its agriculture industry that has been suffering from drought in recent years."

Therefore, the Iranian government has been convinced to invest in greenhouses and tunnel production over the last decade. "In the past, many Iranians started small tunnel and greenhouse farms, first with French and Spanish supplies and later on with local technologies. They gained experience with this and are now looking for better technologies and are willing to pay more for these."

According to Pirmoradian, these growers mainly target the domestic market, with Russia being very interesting for export too. "There are even Iranians who are investing in greenhouses in neighboring countries. This proves that they are serious about targeting export markets."

This all sounds like a good chance for high tech development and no wonder that ground has been broken for the first projects as soon as the sanctions were lifted. Greenhouse constructor VB Group for example is one of the first Dutch companies to build a greenhouse during Iran's post sanction era. As a result of a trade mission earlier this year, they signed the contract for a first stage of 20 hectares, as part of an 80 hectare project that is initiated by a group of Irani investors.

Jilles Goedknegt of VB Group explained that the investors have a lot of interest in high tech greenhouse production and that they opted for a modern semi closed greenhouse based on VB's technology concepts. The Venlo greenhouse will be equipped with extensive climate technology like padwalls, vents, fans and high pressure fog systems.

"These investors have backgrounds in other industries like utility, and look at investments from a different perspective than traditional farmers do", said Goedknegt. "They analyse the complete picture, the efficiency and return of their investment. Therefore they have chosen to invest in high end technology as it delivers them more turnover. The initial investment is big, but they know that the overall operational costs are lower." 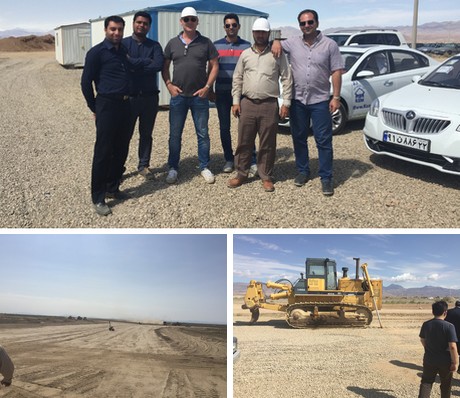 VB Group broke ground in Iran this month. The project comprises 4 separate greenhouses of 4.6 hectares each and the greenhouses will be used for the cultivation of tomatoes, lilies, alstroemeria and roses. "We will deliver the project BOT, so we will build it and provide complete guidance to operate it."

Goedknegt further explained that the Iranian sector is still in its infancy. "This project is one of the first really high tech projects in Iran. Nonetheless, the government is supportive of these developments, as they are promoting smart and efficient agriculture, especially in regards to water saving practices like greenhouse horticulture."

Dutch greenhouse builder KUBO also increases its focus on the former Persian empire. "We have intensified our contacts in Iran, said Henk van Tuyl of KUBO. "The Iranians have always showed interest in our greenhouse solutions, but due to the trade sanctions the country has never been at the top of our minds."

That has changed now. "This year we have visited the country several times and we are now working on a total of some ten possible projects. There is capital available and a serious amount of investors have plans to invest in efficient greenhouse technology and export fresh produce to Russia."

Yet, Van Tuyl says that caution is required when doing business in Iran. "There are strict guidelines that you will need to follow. You will need to carefully examine if you are dealing with persons or entities that are not blacklisted, if the trade product or material is restricted, and how and to whom payments will be made."

Troubles with payments and money transactions are the most heard complaint from those who are willing to do business with Iran. While the country is open to doing business with EU countries, companies are still advised to consider whether their proposed activity is subject to US sanctions. Suppliers and banks are struggling with these issues, while banks in other European countries like Spain are said to have less restrictions. While still reluctant, Rabobank is currently the only Dutch bank that is willing to accept transactions from Iran.

That is a pity, because the Iranian market seems to be very promising if we are to believe the stories from those who visited the Iran Green Trade Fair. Wouter Heezen, Sales Director at De Gier, a Dutch manufacturer of drive systems for greenhouse automation, was said to be delighted with the quality of visitors at the show. "The Iranians we met at the show had a very good professional attitude and are driven to do business. People were nice in their communication and the atmosphere at the show was good."

According to Heezen, Iranian horticulture is ready to make a transition and improve quality with the help of better technology now that the market is open again. "There is quite some greenhouse production in Iran and existing greenhouses. Many use cheaper low quality imitation technology from China or Turkey. Looking at the current situation in Iran, with regard to the water shortages and the need to grow under plastic or glass, the Iranians are willing to invest in better systems and therefore interested in doing business with the Dutch. Hence most of the visitors we received at our booth were already familiar with the technology and knew exactly what they were looking for."

Mardenkro was also present at the Iran Green Trade Fair to showcase its range of horticultural shading products. Account manager Roger De Jagher confirmed that visitors showed genuine interest. Together with its local dealer, De Jagher visited several greenhouses in Iran to get a better feeling and understanding of the market. "From what we have seen, most of the greenhouses were low and medium tech, with just a few being high tech. Most crops we have seen were anthuriums, tomatoes and cucumbers. You see that there is potential for improvement. Due to the heat most greenhouses are equipped with pad and fan cooling and our heat reducing Redusol coating will be very useful for the Iranian growers."

Although the Iranian greenhouse industry consists mainly of simple tunnel houses and low and medium tech plastic greenhouses, there is definitely a growing market for high tech glass operations. "The market just opened and it will take a long time before the country will develop itself towards a settled horticulture industry, but a few interesting things are happening already", said Jelle Boeters of Dutch installer Stolze.

Boeters spoke about two projects that Stolze is participating in. "We have several projects in Iran. For one of them we just completed works for the first 12 hectares of high tech glass, with another expansion of 19 hectares being sold. As well as this we are working on a second project of eleven hectares. This greenhouse will also be a modern glass greenhouse. It confirms that there is definitely interest and potential to invest in high end horticulture." Stolze received the orders for this project via clients in Azerbaijan, where they have already built more than 80 ha.

The projects are destined for the production of crops like cucumbers, tomatoes and strawberries. Stolze will take care of the electrical, climate, heating and water technical installations at the projects, with the greenhouse being supplied by another Dutch company.

The future will tell if Iran is that 'sleeping beauty' that will wake up and fulfill its promises to become an important horticultural hub in the Middle East. Many influences like the outcome of the U.S. elections in November this year and the Iranian presidential elections in May next year will definitely affect Iran's foreign affairs and relationship with the West. This week however, the United States has begun unblocking deals by Western giants to sell jetliners to Iran. And if you can sell a jetliner, you can sell a greenhouse, right?