At the Agriflor 2016, that was held last week in Quito, quality competitions for the best grower and best breeder were organized. Every grower and breeder could send in varieties that were judged by an international jury. The best breeder and best grower awards were divided into two categories; roses and other cut flowers. The participants were scored from 1-10 (1 lowest and 10 highest). The one with the highest score received a platinum award followed by gold, for the one with a lower score, then silver, and finally bronze. 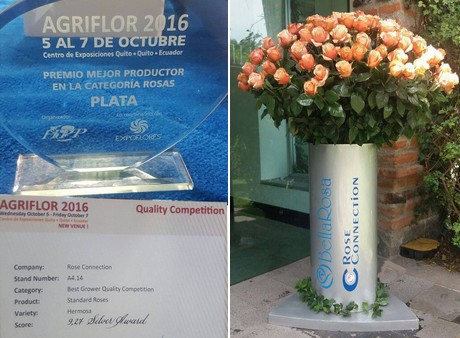 Rose Connection won the silver award for their Hermosa Variety in the Best Grower Quality Competition and posted these pictures on their Facebook page.


In the category other cut flowers, grower Florisol won the platinum award (9,50 out of 10) for its kalanchoe. Also Flores del Valle/Valleflor won an award with their kalanchoe, the gold (9,36). Muchflowers – Flodecol won the silver award with their calla variety called Pink Godess (9,35) and the Green Wicky of Flores del Valle / Valleflor was awarded with the bronze award (9,34) 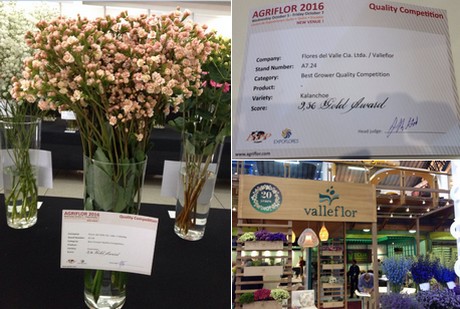 Valleflor won the gold award for its kalanchoe in the category other cut flowers.

Best Breeder
The best breeder in the category roses is Conectiflor. With their variety called Kathy, they won the platinum award (9,40 out of 10). Continental Breeding won the gold award with the variety Mayra’s Rose Red (9,39) and Hilsea Investments won the silver award with their Brilliant Stars Hot Pink variety (9,38) and the bronze award with their Playa Blanca variety (9,37). 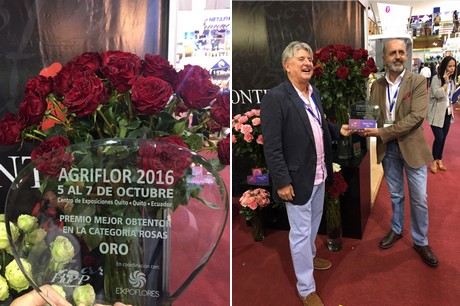 Continental Breeding won the gold award for their Mayra's Rose Red (one of the varieties from the Mayra's Family) in best breeder "roses" category. 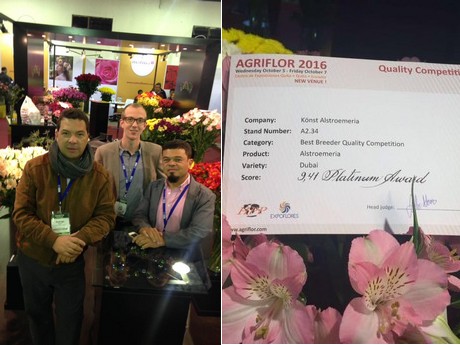 Könst Alstroemeria won the Platinum award for their Dubai in best breeder "other cut flowers" category and posted these pictures on their Facebook page.