"Colombia: "2016 was a better but more difficult year"

Strange weather, overproduction and low prices. According to Jorge Ortega of Colombian rose farm Matina Flowers, these words mark 2016. "Even though it was a more difficult year, it has been better than 2015", says Jorge Ortega at the FlowersExpo in Moscow, Russia 2016. 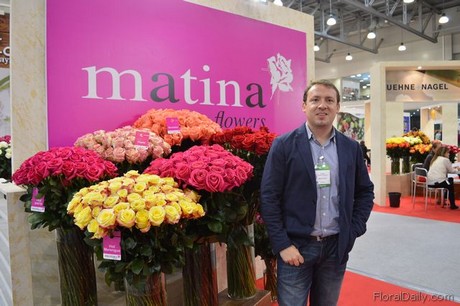 Jorge Ortega at the FlowersExpo in Moscow, Russia 2016.

Strange weather
According to Ortega, the weather in Colombia was very strange this year. "It made our rose production go crazy with huge extra production in months where we usually don’t have and the other way around in months when we needed. The only positive of the weather this year is that we did not have any freezes."

Overproduction
This strange weather led to an overproduction, which eventually led to a market flooded with roses. "And not only Colombian roses, Ecuadorian too. Fortunately, we sold all our flowers, but due to the extra production, we had to sell them for lower prices."

Better but more difficult
"In the end, we produced more and we sold more in 2016, so in terms of billing we sold more than 2015." However, Ortega points out that it also has been a more difficult year. "Due to the weather, we had to carefully check the crop on a daily basis, make projections and follow the weather forecasts in order to be prepared for any changes. " Besides a crop that is demanding for more attention, the customers did too. "The market was flooded with roses, so service made the difference at that time."

Forecast 2017
Ortega expects 2017 to start with the right foot. "Valentine's Day will be celebrated on a Tuesday, which often means great for sales. The rest of the year will probably be almost the same as 2016, in my opinion."