It’s the worst possible news for a grower – a fire that completely lays waste to the greenhouse. That’s what happened at young and finished plant grower Deroose Plants in Apopka (FL), USA in November 2017. After a year of hard work consisting of repairing the greenhouse and continuing their production, they will soon be 100 percent back in business. 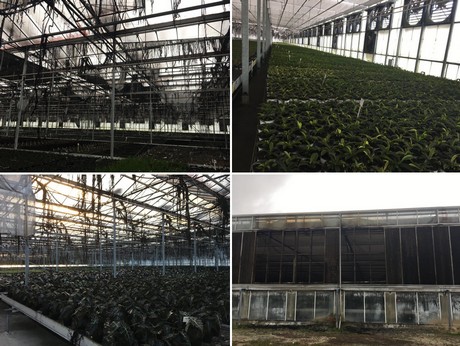 Damage
"The morning of Thanksgiving, I received a call with the message that there was smoke coming out of the warehouse", Pieter Mertens, Production Manager at the nursery. "When I arrived, there were no flames anymore, but when the smoke withdrew, the damage became visible; screen installations were hanging, glass was broken at several spots, the floor of the benches was bent, none of the automation was working anymore, and so on." Of the 3.6 ha greenhouse, 2.3 ha was damaged. 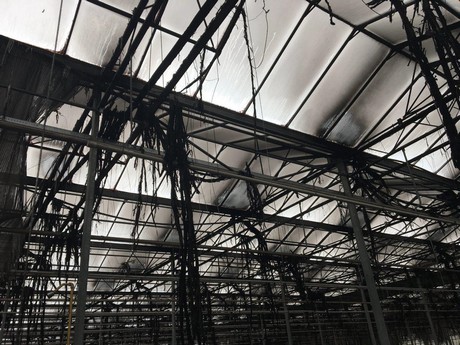 "We didn't miss a beat"
For Deroose Plants, there was no time to rest after the disaster. "We didn't miss a beat." While a company specialized in cleaning after a fire was working in the greenhouse, new plants were already being put in the greenhouse as soon as possible. "Continuity was our main concern", says Mertens. "A large part of our clients' assortment consists of Deroose plants, and not being able to supply plants we were afraid customers would have a gap in their production or possibly source somewhere else" 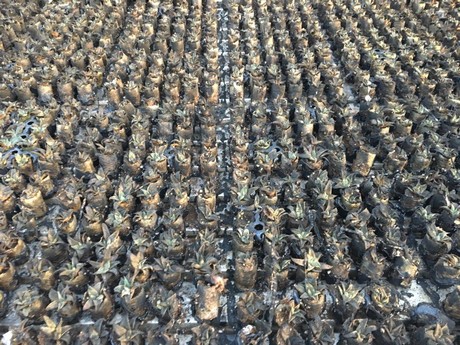 So, in order to continue business, they directly had some of the soot-damaged plants checked by experts to see if they were still, sellable and reached out to their clients. "Together with them, we decided to sell these plants at a discount. Fortunately, the clients were positive."

Screen installation
Along with supplying their clients, Deroose Plant also needed to build up the greenhouse again and equip it with similar installations to the ones they had lost. One of the major losses was the screen installation. Just at the moment when a renovation of part of the screen systems had been set in motion, a fire broke out in the greenhouse. For this project, Mertens thought of Alweco Scherminstallaties. Two years ago they had been in contact to possibly change the screening system. Nico had left a very good impression. So, Nico Niepce, Managing Director at Alweco, made an offer. 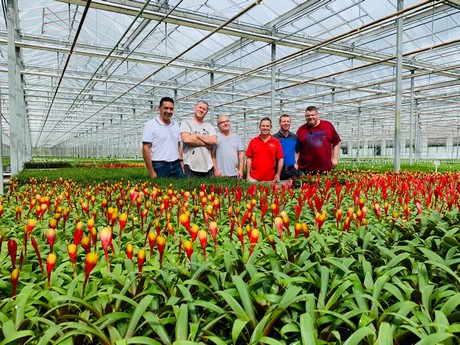 The project
In March 2018, Alweco started with the renovation. "It was a comprehensive project,” Niepce says. In six months, everything possible was done to restore the greenhouse – quite a job for the Alweco teams. Four to six employees were working from Monday to Saturday. The circumstances didn’t make things easy. The greenhouse of Deroose Plants contains both beds and rows from which the plants hang, and the workers had to squeeze in between them. The hot summer sun also caused the steel to become red hot. “The amount of work kept increasing, but thanks to efficient communication, we’ve been able to get the job done”, Nico says. “Hats off to our guys and the people at Deroose. We did it together.” 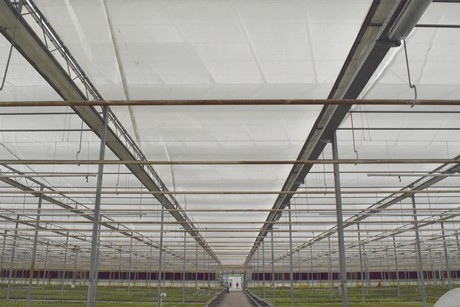 In the part of the greenhouse that burned down, a new screen installation has been placed, with Alweco’s own screen profiles. Throughout the greenhouse, fire-retardant diffuse Svensson Harmony screens were installed. Blackout screens were also put up. With all that, Pieter Mertens is rearing to go again, and the project has meant good business for Alweco as well. 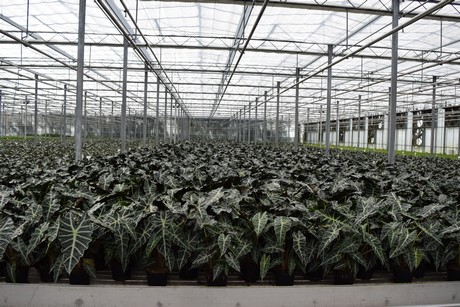 Nico: “We’ve never had the time to get to work in this part of the market. With the renovation successfully completed, we’re seeing increasing interest from surrounding companies and relations of Deroose Plants. For us, this metamorphosis is a spin-off into other projects." 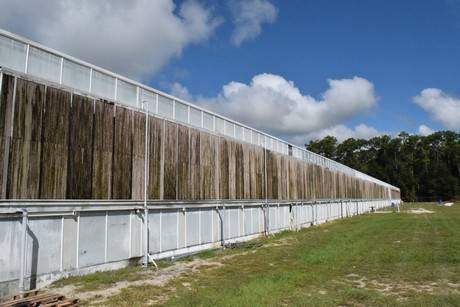 Final mile
Currently, Deroose is back in business for about 95 percent. Next to the screens, there are new benches, supplied by Codema, and the final mile is about to come: the reparation of the automation system for opening the vents, watering the plants and so on. "Currently, it is being done manually and next month, Hoogendoorn will come to fix it."