Flowers are great models in front of the camera, but these British flower growers aren't too shabby either. It'd be hard to find someone who knows this better than Tessa Bunney, the documentary photographer behind the FarmerFlorist series. Join us as she tells us all about this very special floral photography project.

The project was born in collaboration with Flowers from the Farm, Tessa tells us. "I first learnt about Flowers from the Farm through my local farmer’s market where one of their members sell their flowers each month. I then contacted Gill Hodgson, who founded the organisation in 2011 and then used their database to contact growers local to me and the project just gradually gained momentum." 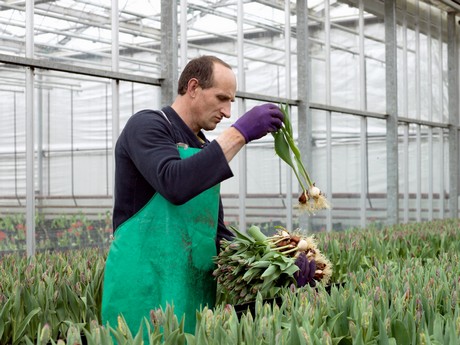 Tessa started by contacting growers local to her and later further afield on recommendations by other growers. "With over 500 members it has been impossible to visit all those that I would like to be involved, but I am still working on the project, so hoping to both continue to visit my local growers and include new ones in the future. Instagram has also been a major way to keep in touch with seasonal flowers and who might be doing something different. Later on in the project, I spent much more time in Lincolnshire photographing some of the larger commercial flower farms and researching into the history of bulb production in that region which has been fascinating." 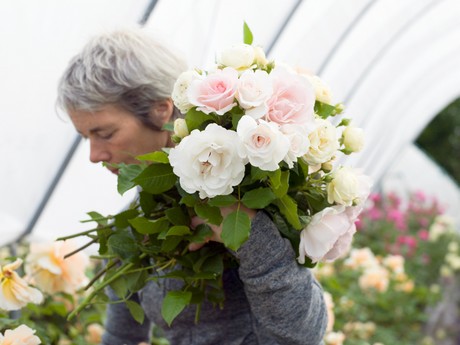 So how did the growers react when a stranger approached them to take pictures of them and their farm? Well, in Tessa's words: "I had a very positive response from everyone about my idea to show the people working to grow flowers for the beautiful bouquets and events and a bit more of the realities of artisan flower growing, and everyone I have asked so far has said ‘yes’!"

"Farming, not gardening"
During the course of the project, Tessa has learnt a lot about the realities of growing flowers commercially: "The hard work, long hours, incredible horticultural knowledge, the planning ahead and marketing of your product, especially this year how the strange seasonal weather can wreck even the most organised growing plans. It’s definitely farming, not gardening." 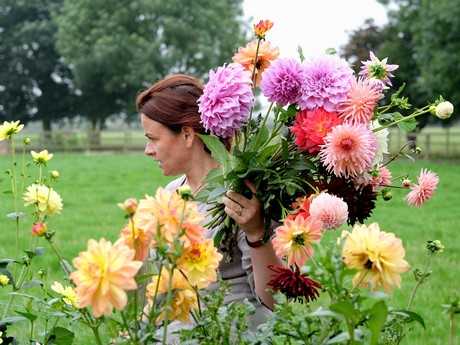 FarmerFlorist abroad?
When asked about plans to expand the project, Tessa notes she would love to visit the Scilly Isles and continue to work in Lincolnshire, as well as with artisan growers around the country.

And what about other countries? Well, Tessa has already been to Kenya to visit Tambuzi, an ethically run flower farm and Fairtrade sister farm to The Real Flower Company. "Tambuzi is the only supplier of traditional scented garden roses in Kenya and I am hoping to return to continue to tell the story of the community around the flower farm." 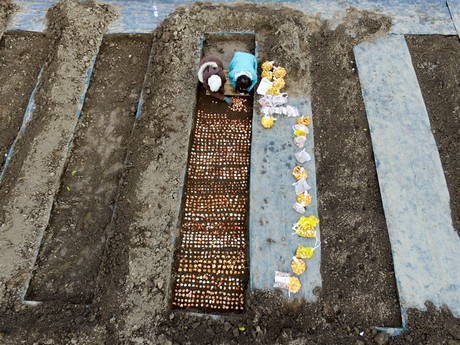 Exhibition
Following an exhibition at Ryedale Folk Museum this summer, Tessa's hoping to tour the exhibition to other venues in the UK, but in the meantime you can see some of the images on her website: http://www.tessabunney.co.uk/project/farmerflorist/