How removing a trait can add value to a plant

Have you heard about the "filantherless" African Violet yet? It is a Saintpaulia that has flowers without the filament and anther, and is the result of more than 10 years of breeding by Optimara. They introduced the so-called Optimara “LooXo” Saintpaulia aka African Violet series for the first time at the Cultivate'18 show in Columbus, Ohio, USA and since then, the variety has been making headway. "Like my father always said: It is the pot plant of the future", says Reinhold Holtkamp, director of the company. 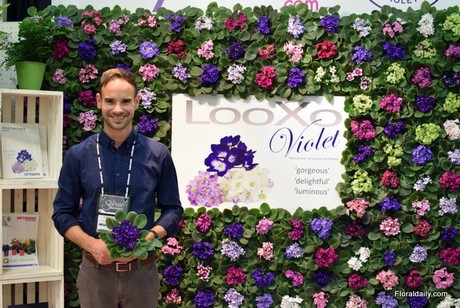 Focus - more profitable crop
It all started with the aim to make Saintpaulia a more profitable crop for the greenhouse grower to grow. "My cousin, Martin Holtkamp, who is Director of the Optimara Breeding Program, had a simple focus to make the Saintpaulia easier and more cost efficient to grow." Martin Holtkamp has been breeding African Violets for more than 35 years. His efforts with the filantherless breeding program started over 10 years ago at their German breeding facility in Isselburg. The breeding was kept under strict secrecy. "We did not want to share anything on what we were working on, as the economic benefit will be significant when introduced." 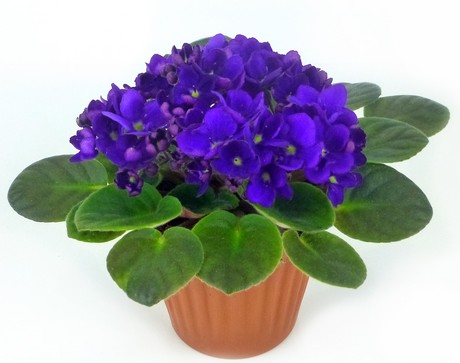 ara has four varieties in the program: Blue and white, red and white, flider and white, and blue. When creating the “LooXo” registered trademark, their team had some fun. "Since the plant only has the female sexual organs the X' chromosome is highlighted. We also X’ed out (XO) the male part. Last and most interesting was the impulse reaction from the consumer. When consumers look at the LooXo plants, they would call out in excitement adjectives like 'gorgeous', 'amazing', 'beautiful', and we decided that using adjectives as the new name series was a modern and unique way to call the LooXo series. LooXo ‘gorgeous, LooXo ‘radiant, LooXo ‘amazing and LooXo ‘splendid", says Holtkamp. These are being introduced in 2019, but a larger and a full spectrum of colors will be rolled out in 2020.

Advantages of the series
The "filantherless" characteristic of the Optimara “LooXo” series is what makes this Saintpaulia unique and brings several advantages. "First, the lack of the filament and anther makes the flower less attractive to the insect Frankliniella occidentalis aka Western Flower Thrip. Secondly, the flowers do not develop Botrytis, typically found on the anthers, which is another big problem for shipping the flowers over longer distances. Thirdly, the lack of the male sexual organs makes the flower longer lasting in the store and in the consumers' homes." 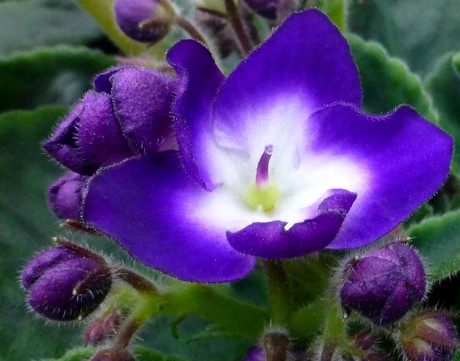 Reactions
The series was introduced at the Cultivate'18 in Columbus, Ohio, and so far the reactions from growers, retail buyers and consumers are very positive. "The growers love the idea of being able to grow the African Violet without having to worry about the Western Flower Thrip or Botrytis during the growing of the plant. Besides, with chemicals becoming more restrictive and costly, not having to use as mach is a definite plus. On top of that, with the profuse flowering of the plants, having flowers lasting longer the grower is able to sell plants over a longer time period."

Also the retail buyers seem to be excited about this new characteristic. "Increased shelf-life, and reduced shrink yields higher margins for the retailer."

When looking on the consumer level, recent studies have shown that consumers do not see or miss the anthers in the plant. "When presented with the plant 9 out of 10 do not notice that anything is missing and definitely do not make it part of their purchasing decision. As for the negatives, there are none that we know of."

Availability
Currently Optimara is only offering the Optimara “LooXo” series in the USA. However, multiple markets in Asia and Europe are being reviewed and discussed. "We have a pending patent for the USA and PCT patents are being filed in multiple countries and markets to ensure that the characteristic will not fall into rogue and pirating hands." 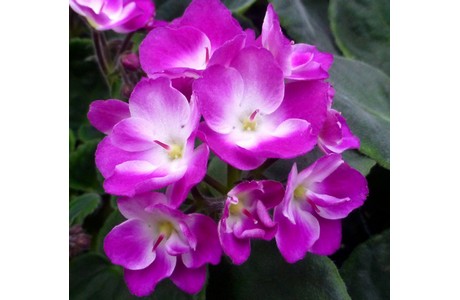 Setting a standard
Over the recent years, Optimara has proven to be a pioneer in bringing new Saintpaulia varieties on the market and setting a standard for it. "In the late 1950s our company developed the Non-Dropping African Violet, today all of the commercially grown African Violets are Non-Dropping, then we developed the Biedermeier bouquet flower cluster where all flowers are clustered toward the center of the plant. Again, today all of the commercially grown African Violets have this characteristic. Then came Semper-Florence or profuse flowering, and also our patented Multi-Fluorescent continuous blooming characteristic."

Also for the Filantherless characteristic they believe that it will make its mark in capturing an interesting market share. "We will continue to replace varieties in our program with this new LooXo line of Optimara African Violets."

“Pot plant of the future”
Holtkamp foresees a bright future for the Saintpaulia. "We see an increasing interest from younger generations embracing the African Violet. Our Facebook consumer age demographics have continued to drop and is now clustered at 40-50 years. We feel very comfortable in the age range."

"My late father, Reinhold Holtkamp Sr., always said that the Saintpaulia is the “Pot plant of the future.”