Value of hydrangeas stays behind

Colombia flower exports: over 5 percent increase in volume and value

So far, so good. This probably crosses your mind first when looking at the export numbers of the Colombian flowers, shared by Asocolflores. When comparing the total exports from January till September of 2018 with that of the same period in 2017, one can see an 6.7% increase in volume and an 5.5% increase in value. Interestingly, when looking at the hydrangea crop, the exports only significantly increased in volume (9.3%) and not in value (0.8%), indicating that the prices decreased. 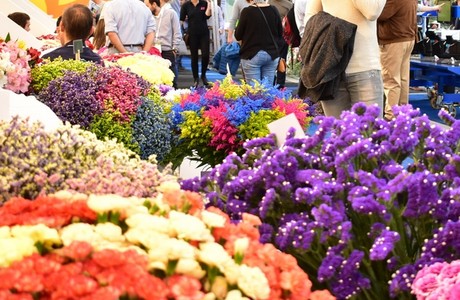 Hydrangea - decrease in prices
Interestingly, when looking at the hydrangea crop, the exports only significantly increased in volume (9.3%) and not in value (0.8%). You might indicate that this means that the price for the hydrangeas decreased. So, for clarification, we asked Colombian Hydrangea grower Catalina Arango of Flores del Este. 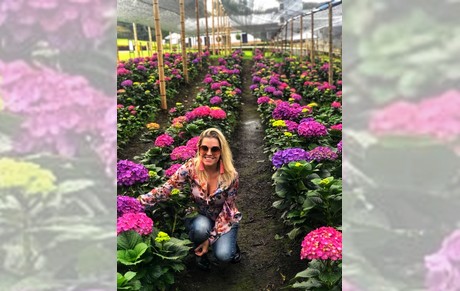 Catalina Arango with their newest varieties Beauty and Berry.

An important reason for the lower prices, she mentions is the increase in hectares of hydrangea cultivation. Over the last three years, it increased to over 70%. We know there are 1,500 official hectares but people mention that there are 2,000 hectares (unofficial) so the prices dropped a lot compared to other years."

"I also believe that markets like the Netherlands are taking advantage of increment of hydrangea numbers so they are importing at cheaper prices and exporting them to many countries." Interestingly, when looking at the export figures of all flowers, one can see that to the Netherlands, they increased, the export value increased by 25.8% and value by 26.2%.

Another trend she sees is that markets are focusing more on prices. "As a result, they are caring less about the quality. The market is becoming very unstable and they do not value where the hydrangeas are coming from (the farm, the seals, the people behind it). I feel there is a war between Colombian growers to see who sells the cheapest hydrangea no matter the cost of production."

And she sees the number and value of the countries that used to import high value products decreasing. "Colombian exports of hydrangeas both dropped in value and volume to Korea (-17.9 % in value, -12.1 in volume) and Japan (-12.6 % value and -7.1 volume).

According to Arango, they are seeing a decrease in quality from the Colombian hydrangeas. "There are many new growers that are sending any kind of hydrangeas to these markets, damaging the image of the Colombian Hydrangeas." Also the phytosanitary conditions seem to be bad. "Many can’t control this because they have so many farms that is difficult to maintain a clean hydrangea."

"We look for that niche market"
Because of this challenges, at Flores del Este they try to be different and are just looking for this niche markets that appreciate good quality hydrangeas. This 23ha farm grows five million stems a year and exports them to 15 countries. Since the establishment, 18 years ago, their focus has always been on quality and - probably therefore - their main market (40 percent) is Japan. "This is the most quality strict market in the world", she says.

According to Arango, there are several factors that differentiate themselves from other hydrangea growers."Next to the fact that we are Rainforest and Florverde certified, our resources and processes are unique. We have a perfect sub-climate and soil conditions to grow hydrangeas and we have a lake to provide water during summer". Besides, they heavily invest in their processes. "We, for example have a special drying hydrangea zone, special classification tables, innovative special lightning systems, transparent product information (tracking labels on each box showing what time hydrangea was cut, who packed it, who measured the flower etc.), qualified personnel for all the labors, a post harvest area (2.200 m2) with a capacity to process 12 million stems per year and a new cooler (260 m2) with a capacity for 120 stems of hydrangeas." Additionally, "because our costs are higher, we can offer perfect phytosanitary conditions."