Experts about fossil-free cultivation in the future

A horticulture without fossil fuels, it is easy to say. Still it is the ambition and we are beset on all sides with sustainability projects and innovation to make this possible. How the greenhouse horticulture is looking in 2040 was the theme of the yearly Energiek Event which Kas als Energiebron, Wageningen UR and Delphy have been organizing for some years in a row, and which took place last week in Bleiswijk, the Netherlands.

To illustrate that future Feije de Zwart, WUR researcher, was called onto the stage. Together with AAB they conducted a research in which the (combinations of) alternative energy sources are being assessed and which literally depicts a physical image of the horticulture in 2040. The research includes geothermic heat, heat pumps to capture heat from the air or surface water, reclaiming greenhouse heat and more. To jump to the conclusion: the most interesting combination of sustainable energy sources can be seen in the reclaiming of surface water, a heat pump, cold and heat pumps and, more and less furtively and as an emergency, co-generation. Concretely, this will, particularly with a view to geothermic energy which will also supply an important part of the heat demand, lead to larger greenhouses and more tubing, only because on a large scale these sources can be used most effectively. The greenhouse of the future is very isolated, will be dehumidified, and heat will be reclaimed from the greenhouse air, will be using LED for the most part, and CO2 will be available from external sources. 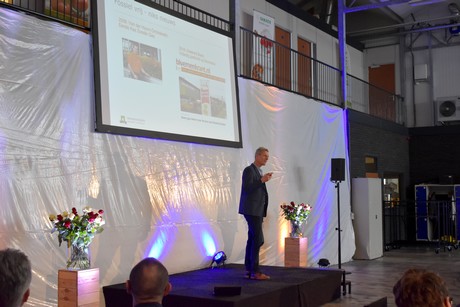 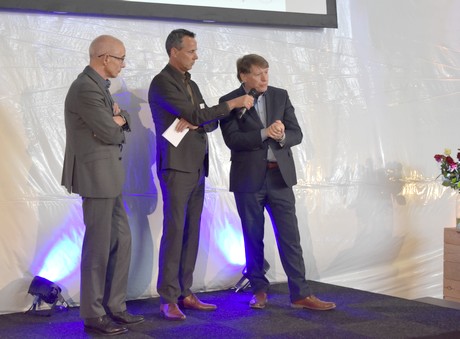 All crop-specific requirements left aside, another conclusion precedes all this according to Feije: investing in making the greenhouse sustainable is profitable. Or: energy cloths and other greenhouse techniques which make it possible to use heat more efficiently which are, before thinking of alternative energy sources, practically always interesting. Feije: "The coming ten years, the price of gas is estimated to increase from 23 cent/m3 to 53 cent/m3. Co-generation gas will increase from 20 to 46, and 1 MWh from 75 euro to 105 euro. If you can save a few percentage points with an energy cloth, it certainly will be worthwhile in the long term." 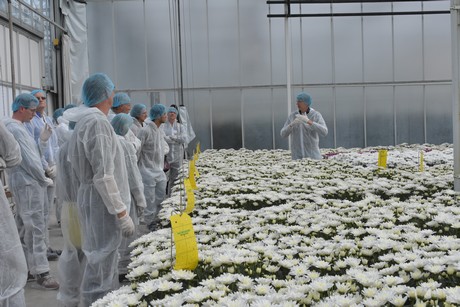 Will they succeed to grow chrysanthemums without the use of fossil fuels? 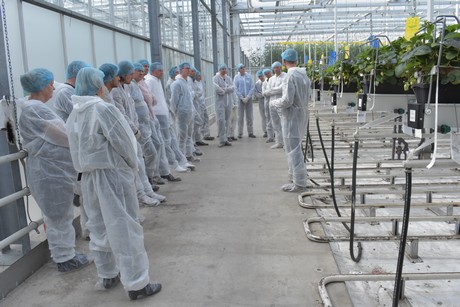 A test with strawberries, looking for the optimal light spectrum for LED

Critical remark
There are questions, as became apparent from the interview with Sjaak van der Tak (chairman Glastuinbouw Nederland) and Michel Berkelmans (director Strategie, Kennis & Innovatie LNV). One of the listeners summarized it in three points: is the radical objective of zero emission realistic; how sustainable are the alternatives, and what if other countries do not keep to the internally formulated objectives? We then enter the field of politics, and that is avoided, for better or worse. 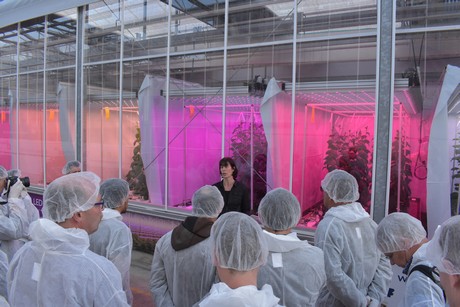 Different spectra for bell peppers. The mini departments in the back are also a sort of pre-tests: in a later stage, the test will be up-scaled. 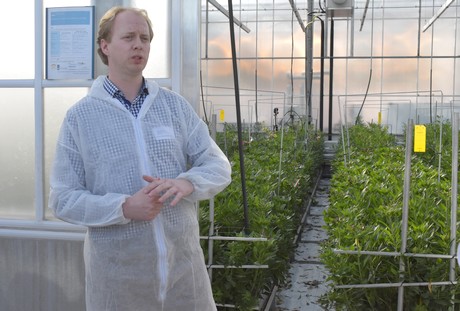 In a test with alstroemeria, a completely new cultivation strategy with LED is tested

Sjaak van der Tak has spoken with minister Schouten about crop protection, which was also joined by state secretary of infrastructure and water, four vegetable growers and an ornamental grower. Schouten is aiming for a chemical-free crop protection and Van der Tak has, he tells in this video, indicated on behalf of the sector that time is required to realize that. "We need means of correction, a medicine cupboard, and a much faster admission policy, so we respond quickly and adequately when necessary." 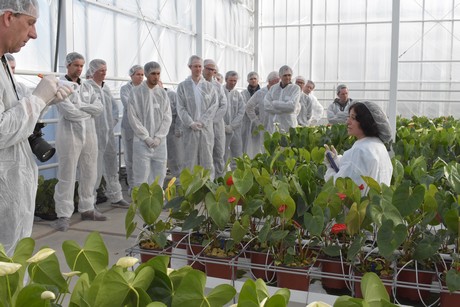 Here a test with anthurium is being conducted 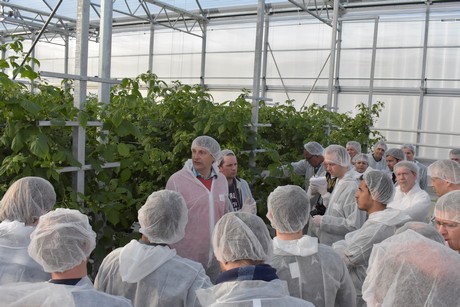 A test with - very tasty - blackberries in the 'bubble wrap greenhouse' 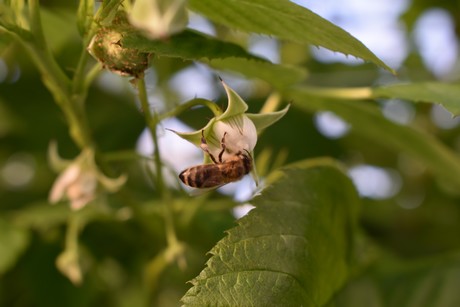 Bees in the blackberry greenhouse 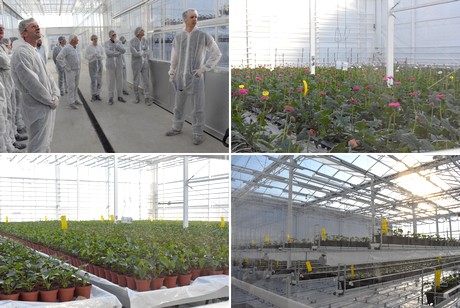 A view of the recently constructed all-electric greenhouse. A freesia test is still in preparation, and tests with strawberries, potanthurium, and gerbera are being conducted. 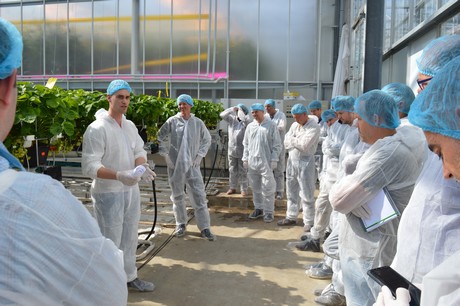 Bart Jongenelen, Delphy about the New Cultivation in the greenhouse strawberry 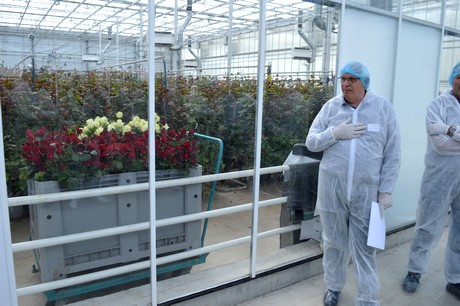 Arie de Gelder about the rose test with LED, ' a test with a lot of buts', but therefore also interesting. 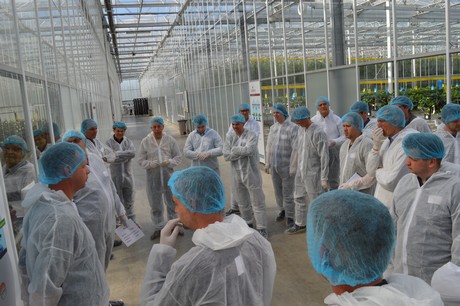 Split into groups and all wearing overalls, the participants walked past the tests.