Yesterday, at the facilities of MNP Flowers in Leimuiderbrug, the Netherlands, the House of Meilland baptized a new introduction in its renowned collection of roses. Zepeti, allegedly & jokingly named so combining the French word for small (petit) and the national way of pronouncing 'the', is a delicate red rose and  is 'the most flexible plant I've ever seen'. Thus is quoted Alain Meilland, president of the House of Meilland and the sixth generation in line since its founding. 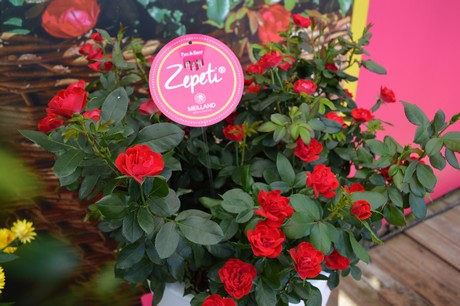 Its genetic origin goes back to 2011 and in 2012 the first flower opened. Since then, extensive trailing in about every corner of the world has been done. The company really believes to have found something new, something quite original, boasting a lot of potential. However, it was persistently kept away from the public eye, until finally, at the IPM Essen, a select few were allowed a peek into a 'secret room' hosting the Zepeti. The feedback they got, and now that sufficient stock has been build up, made Meilland confident to now finally go public. 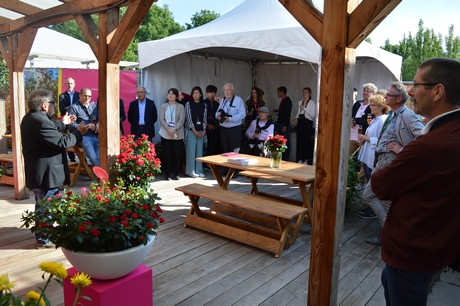 Description
From the breeder's statement: "Zepeti Meibenbino is a true innovation in the world of roses. With its continuous flowering, its dark and glossy foliage practically persistent because of its extreme tolerance to fungal diseases (powdery mildew and black spot), Zepeti is also resistant to summer heat and frost. Very compact, Zepeti is perfectly adapted to the culture in pot and works well in short cycle or long cycle product. It is suitable for balconies and terraces while also being able to be planted in the garden, mixed with small shrubs and perennials. This floral jewellery will bring a touch of colour to your living space almost all year round, with the right irrigation and minimal maintenance." 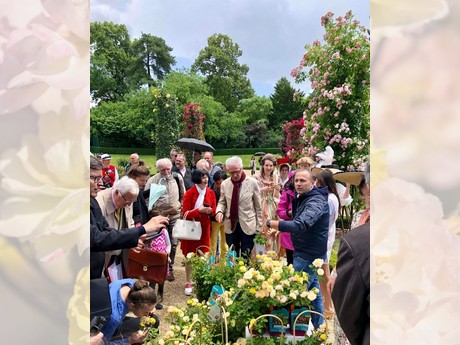 Lastly, Meilland celebrated yet one more new introduction. On Saturday, June 8, 2019, the variety Reve de Paris was named at the Parc de Bagatelle, in Paris. This compact landscape rose was presented by Matthias Meilland and is covered with small, vibrant yellow flowers, which get tinged with pink as they age. Very floriferous, the bees and butterflies will adore it, in Paris as elsewhere. Its light fragrance with peppery notes is a pleasant surprise that adds to the simple and delicate charm of this variety.