Last Friday, the new location of Schoneveld Breeding PlantXperience was opened. From all over the world - the company is active in about 60 countries - guests were welcomed. The new construction includes a 1 ha production greenhouse, 7,000 m2 business premises (breeding & R&D, cold store, water and electricity), and finally, a 3,000 m2 education and inspiration center. 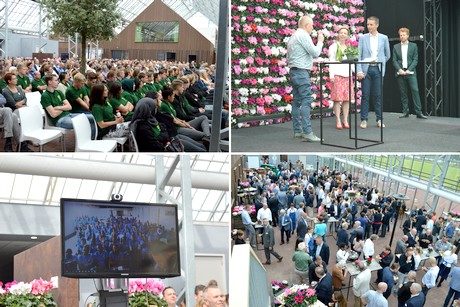 In 2004, they had already decided that the company from Twello needed to move. Further growth wasn't even possible, and on top of that, the municipality had other plans with the site. In the nearby town of Wilp, also to the east of Apeldoorn, a site was found and after quite a long run-up, construction started in May 2018. 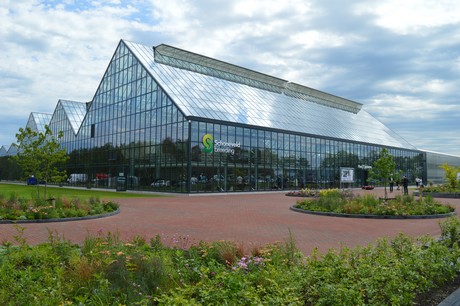 The new premises has everything. The production greenhouse is surrounded by a corridor, which serves as a climate buffer. Depending on the department, two to four screens are installed, LEDs and SON-T are combined, a whole repertoire of water recipes can be administered and retrieved separately, the layout and the tables are tailor-made, and more. The lab is also ample in size and offers plenty of opportunities for expansion and implementation of other techniques. The large glass bell jar, which is built over the business premises, also offers plenty of room for meetings.

Pepijn Schoneveld, who did not take over the company from his parents but continued his life as a comedian, chaired an extensive program. Of course, the 85-year history of the company, the ins and outs of the relocation was highlighted, and also several employees gave a talk. On top of that, there was a video connection with Tanzania which enabled the workers at this production site to attend the opening as well. 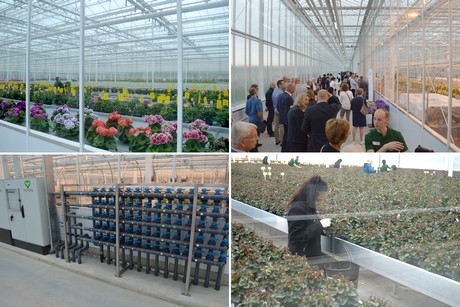 A peek inside the new production greenhouse

Over the years, Schoneveld has become one of the largest companies in several potted plants. The genetics of particularly the cyclamen (‘Super Serie’), campanula (‘Addenda’) and primula (o.a. ‘Touch Me’) are well known. However, for the consumer the primula and ranunculus are less well-known, but the company sees it as an opportunity.

PlantXperience is to become a sort of World Horti Center of the Eastern part of the Netherlands. The number of glass used undoubtedly contributes, but the visitors really get the feeling that they can see and experience everything. And this is what they are aiming for - 'sharing the best-kept secret of horticulture' - and even though there will be no school or fixed exhibition inside the building, there is a striking similarity. Now, the hope is that it will fulfill its function.