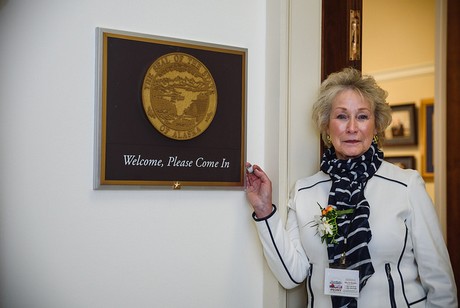 Rita Jo Shoultz of Alaska Perfect Peony has been a staunch advocate for American flower farms, taking the lead on vital issues in Washington, D.C., during the annual fly-ins. Photo by Nony Park of Ken Pak Photography.

Shoultz was previously the District 1 (Alaska) representative on the council.

The Certified American Grown brand is led by a council of American flower farmers and industry advisers. The members of the council are flower and greens farmers from throughout the United States who are committed to a unified promotional and advocacy effort that establishes an identifiable and iconic brand that communicates to the public the domestic origins as well as the high quality, freshness and consistency of American Grown Flowers.

Shoultz was a 2014 nominee for Champions of Change for the Future of Agriculture and was named a winner of the 2018 Small Business Championship by SCORE, a network of volunteer expert business mentors. 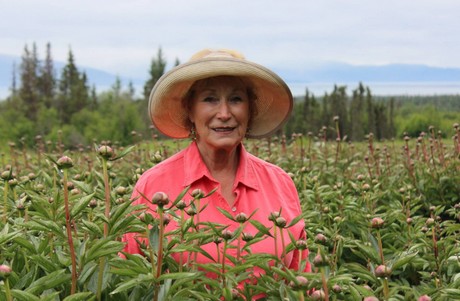 Photo Courtesy of The Homer News

She also worked to have Homer, Alaska, declared the “City of Peonies,” and started Main Street Homer, a task force working to revitalize downtown Homer through economic and cultural development, historic preservation and advancement of the arts.

In another change to the Certified American Grown Council, Diana Roy, business manager for Resendiz Brothers Protea Growers, has been appointed to represent District 2 (California). Roy was selected to replace Bruce Brady who recently left the floral industry to pursue other efforts. 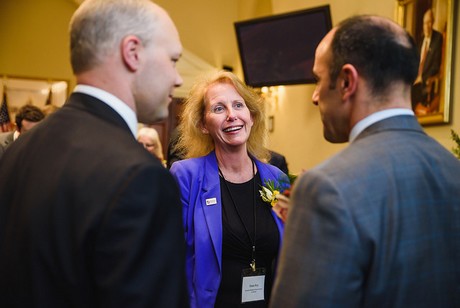 Diana Roy of Resendiz Brothers Protea speaking to Congressman Jimmy Panetta (right) during a reception in Washington, D.C., has been a consistent voice for American flower farms. Photo by Nony Park of Ken Pak Photography.

Roy has combined her passion for flowers with her background in public relations to help make Resendiz Brothers one of California’s largest suppliers of South African and Australian flowers – not to mention an international leader in protea farming. She has worked tirelessly to increase consumer awareness and influence floral trends to drive sales of protea flowers and foliage. 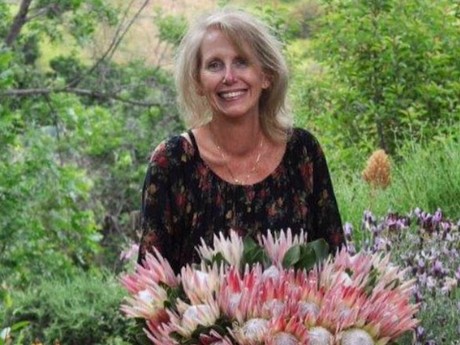 Roy is a past chair of the California Cut Flower Commission (CCFC) and a frequent educator on protea growing worldwide.