New markets open up thanks to Mandeville breeding advances

At the FlowerTrials, hundreds of new varieties were introduced. This abundance is enormous, but as long as growers and ultimately consumers ask for more, breeders keep on innovating. That even goes for a relatively small crop like Mandeville, wherein Syngenta introduced no less than twelve new varieties, while simultaneously leaving Dutch grower Piet Kuivenhoven quite pleased indeed. 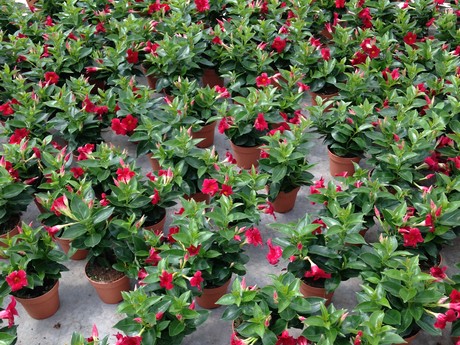 “The most awesome thing to achieve as a grower is having the consumer say wow”, Piet says. “With Mandeville it is especially challenging to get dark leaves, more buds and of course ever prettier flowers.” Including the growing experience of his father and grandfather, Piet boasts over 103 years of experience with cultivating this plant. At the same time, Piet is always in for something new, any innovation within the assortment can always count on his enthusiasm. 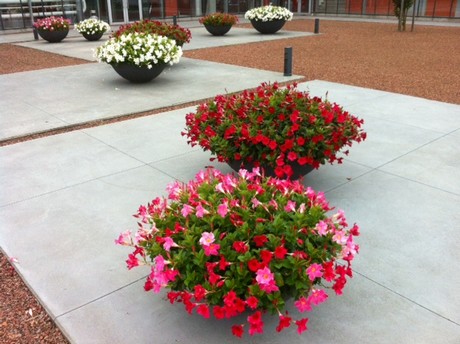 That’s how he ended up cultivation the Rio series in the first place. Back in 2007 Piet visited trials organised by Syngenta, who sought to broaden the Mandeville market share. Back then the plant was mostly grown in larger pot sizes, but Syngenta experimented with growing the plant in pot sizes as small as 10.5 centimetres. Of course Piet was willing to try.

Now, over a decade later, his enthusiasm hardly decreased. At the same time product innovation did not come to a standstill, on the contrary. For example, until recently, and despite being a Mediterranean plant, it easily overdosed on sunlight. Now, continuous breeding made this problem come to a halt, whereas flowering time is greatly extended until first frost. 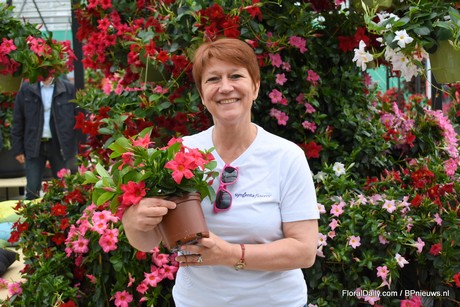 “That’s what the plant is known for”, Christine Besson, marketing specialist at Syngenta, adds. “At the same time, negotiating new, improved varieties through breeding in Mandeville is by no means easy. For a long time, red, white, and pink were the only existing colours. Only now, after many years, we were able to introduce new series (Rio series, Rio Petite, Rio Grande, and Rio Elegant), in a total of twelve new colours. One of these series, the Elegant Series, is entirely new, with colours that stay vibrant throughout the sunny summer season (see www.myfavouriterio.com).”

Originating in more southern countries of Europe, Mandeville can be seen more and more both in northern parts of the continent as well as throughout North America. Pot size 10.5 cm is more standard these days, surely due to logistics and economic reasons, but also because new genetics has made cultivation easier. 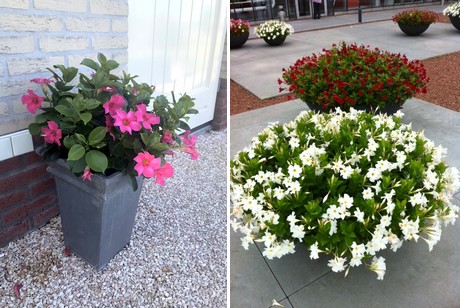 Piet is always on the lookout, trying to add something new or something special to his own assortment. “To me, that means reason for working with Syngenta. Every year I trial about 25 new Syngenta varieties. This takes time, but when something turns out to be especially interesting, I’ll be one of the first in line to launch it into the market.”