“A family reunion”, is how the Fleuroselect Annual Member Convention is described by many of the participants. Approximately 100 delegates from 16 countries gathered from 2-4 July in Kassel, Germany, for the Organisation’s Annual General Meeting and to catch up with friends and colleagues from across the world. The German seed breeder Benary hosted the event in the aftermath of its 175th anniversary celebrations.

Flowers and family
Matthias Redlefsen, managing director of Benary, provided delegates with valuable insights into the German flower industry. The German pro-capita consumption of flowers is the highest in the world, likely thanks to cultural traditions such as rich flower decorations on balconies and flower beds instead of concrete slates on graves. However, the breeder is unproportionally rewarded throughout the entire value chain. “Breeders will need courage and creativity to successfully tackle the future”, concluded Matthias Redlefsen.

Klaudia Benary-Redlefsen, 6th generation and current owner of Benary together with her uncle Ernst-Günter Benary, gave an overview of the company’s rich history. The story of her grandfather Fritz Benary who left East Germany to build a company in the west is a striking example of perseverance. Today, Benary sells more than 10 billion flower seeds per year. The company’s export quota exceeds 90% and its turnover has doubled in the past 13 years. 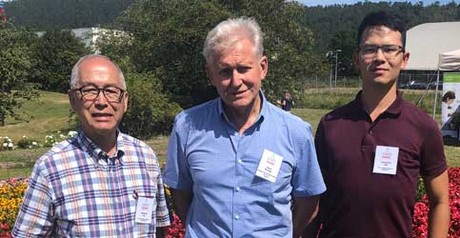 Anthony (left) and Lawrence Tse from Clover Seed, together with President Karol Pawlak

Clover Seed joins Fleuroselect
During the Annual General Meeting, Clover Seed from Hong Kong was accepted as a new member. In addition to importing and exporting seed, Clover Seed provides contract production of vegetable and flower bulk seeds for overseas companies in China. The Clover Laboratory focuses on plant pathology and marker development.

Benaryan flower power
A full day was spent at Benary where the delegation had the opportunity to admire an extensive trial field showing the full scope of the company’s assortment. The beds were beautifully laid-out and all plants looked spectacular, a highly impressive achievement that wowed the entire group. Benary also planted a full Gold Medal and Novelty Trial. The judges closely studied the newly entered varieties, comparing them to already existing plants on the market and exchanged their views on possible new winners. 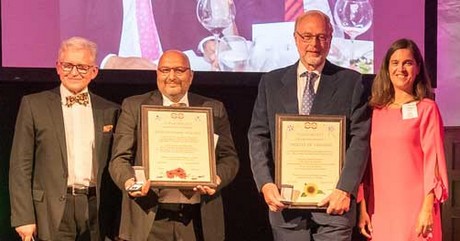 2020 - Amsterdam
The evening concluded with an invitation to next year’s Annual Member Convention which will be held from 30th June to 2nd of July in Amsterdam, The Netherlands. The central theme will be Fleuroselect’s 50th anniversary.