In May this year, the Geothermal Development Company (GDC) opened the Master valve of a well, the first exploration well in the Paka Geothermal Prospect and the first geothermal well, north of the equator within Kenya’s East Africa Rift System. To produce geothermal-generated electricity, wells as deep as 2 kilometers or more are drilled to tap steam and very hot water that drive turbines linked to electricity generators. Already, there are positive indications from the well, signaling success and heralding a new chapter in the development of geothermal energy in Kenya and a momentous milestone for GDC as the company strives to accelerate the development of geothermal resources in Kenya through surface exploration and drilling for steam.

Exploration drilling in Baringo Silali
The geothermal prospects in Northern Kenya are of great significance. In its entirety, the northern region of the Kenyan Rift is considered to have a potential of more than 3000MWe. Juxtaposed to the country’s peak demand which currently stands at 1802MW, it is implied that the geothermal resources in the north, when monetized, could sustain the entire country’s electricity demand.

GDC scientists have been conducting surface exploration in the expansive geothermal area and have identified sites in the Paka, Korosi and Silali Geothermal Prospects where exploratory drilling activities will be undertaken. The first of the exploration wells, the well, was spudded in December 2018 and as predicted by GDC geoscientists, the well was a great success. The over 2.5km well penetrated a high temperature productive zones from 900 meters to the bottom.

The success in the Paka geothermal field is a major milestone not just for GDC but also for the country and the development partners who have supported the company’s exploration activities in the north. Most notable of development partners is the German Development Bank (KfW), the Africa Union Commission and the UK’s Department for International Development – through the Geothermal Risk Mitigation Fund (GRMF). If the success in the Paka Geothermal Field is replicated in the other fields (Korosi Geothermal Prospect and Silali Geothermal Prospect) as predicted, then it implies that the government will be able to rollout development projects with the confidence that one of the most critical inputs for infrastructural development – electrical power, is available in abundance and can be supplied at the lowest cost, with almost negligible negative impact to the environment.

Enabling the Big 4 Agenda
Kenya has vast geothermal resources which are critical for national development. With GDC’s success in northern Kenya, the goals outlined in the Government’s Economic Transformation Agenda – the Big 4 Agenda and essentially the Vision 2030 target to transform the country’s economy from a largely agrarian to an industrialized economy, becomes feasible. As demonstrated through numerous empirical studies, industrial growth is propelled by the elimination of the salient business operation constraints, key of which is the accessibility to stable supplies of cost effective power. Currently, the steam produced by GDC is being converted to electricity as a cost of $ 7 cts per kWh. The first phase of the Baringo Silali project targets to deliver 300 MW of electricity to the national grid in the next five (5) years. Geothermal sourced electricity therefore, fits the bill for several reasons. It’s an apt base-load source of power, comparatively inexpensive, abundant here in Kenya, renewable and environmentally friendly.

Industrial parks
The Geothermal Development Company envisions the development of industrial parks adjacent to Baringo - Silali geothermal field where investors will set up their bases to utilise the geothermal energy and other by-products supplied centrally by GDC. With low costs of production, catapulted by the utilization of the readily available geothermal energy, the parks will spur the socio-economic development of the region. The company is keen to work with development partners to actualize the implementation of large scale direct use application.

Social-economic development
Notably, socioeconomic benefits from infrastructure development is invaluable. Accessibility to the region is no longer a challenge as GDC has constructed over 100km of roads in Korosi, Paka and Silali. This has eased transport in the area and opened the area for potential investors. 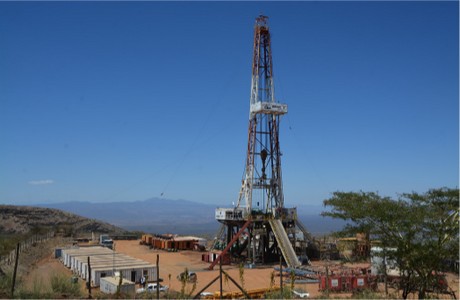 In addition, roads have a positive impact on inhabitants. The roads infrastructure is expected to enhance the residents’ ability to access social services and market for their goods and therefore contribute to improving their living standards. Besides the roads, GDC has also provided water to the communities and has constructed community water points. GDC is, in essence, promoting sustainable development echoing the UN Sustainable Goals which will gradually improve the quality of life for Baringo - Silali residents.

In Kenya, successful discovery of steam in the Paka Geothermal Project area, which geoscientific studies suggest will be replicated further afield, beckons a new dawn in the country’s industrialization journey. Continued success in the monetization of geothermal resources in Northern Kenya will not only allow for an eventual reduction in the cost of power in Kenya, but it will also give greater assurance to both government and private investors when planning for energy-intensive projects in the country such as those envisioned in Vision 2030.