Opening and closing the window automatically: it has been done for years by growers who use sensors to monitor and control their greenhouse climate. It is part of the wish to be able to grow ever better and more efficiently.

Remarkably enough, irrigation in the greenhouse is often still determined by "sticking one's thumb in the earth", so to speak. Robert Kraayvanger, CEO of Beacon Fields, also wants to use wireless soil moisture sensors to take steps in that area to control cultivation even more precisely. “We have the technology and more and more data networks are becoming available. If that hadn't been the case, it would still be the thumb in the ground. " 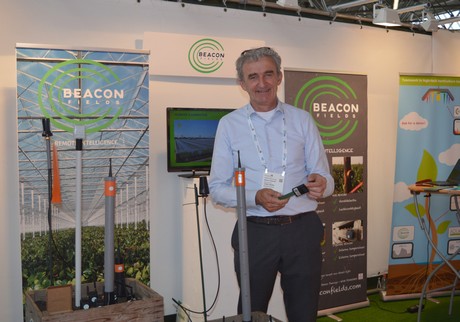 Originally, Robert's company does not come from the greenhouse horticulture sector, but from the flower bulb industry. “The first moisture sensor was developed around four years ago. Those were moisture sensors for the bulbs. Then it progressed quickly and when we tested the latest version in the field last March, it was time to also develop a platform to go with it. This is because you want to properly present the data that you generate to the end user. We do this with a dashboard, an underlying platform and, since this spring, also with a mobile app. We have now been a commercial company for almost half a year."

"We've been doing it like this for years"
Robert initially did not expect greenhouse horticulture to become an important market for the company. However, participation in the HortiContact and GreenTech greenhouse horticultural fairs and the necessary contacts with growers in practice made him realize that there is still little use of sensors in this sector to measure soil moisture. And that surprised him, certainly from a sector that is not static when it comes to technological innovation. “It is often still the proverbial thumb in the soil, the personal insight of the crop manager on duty, or according to a fixed irrigation plan on the basis of which watering is regulated. Monitoring of the soil moisture in order to be able to control it, that is where we can have added value."

Careful monitoring gives growers insight into the trend, the development that the soil or substrate goes through during the day. “Data is sent every hour, small bits at a time, so that the sensors use little energy. The data support the knowledge that the grower already has, based on years of experience. Being able to see those trends or development is reassuring for the grower. He is in control and can see what is going on even when he is not in the greenhouse. And even if he is not in the greenhouse, he can always verify everything, if he wants.

"The best thing is of course that a grower can plan better, because he knows better when to irrigate based on the collected data. It also happens that the grower might be surprised, on a warm day with a little draft through the greenhouse the evaporation shoots up. With the setting of the alarms he will be notified immediately."

Water management as a requirement
Those who visit the Beacon Fields site will also come across a reference to On the Way to PlanetProof. You do not expect that directly from a sensor manufacturer, but still it is not so unusual. The sustainability certificate that more and more retailers are demanding from growers, requires those growers to show that they are doing water management. Soil moisture sensors then almost always come into the picture. “When an inspector visits, he can ask to see data from a sensor. We are happy to contribute to that sustainability objective with our sensors." 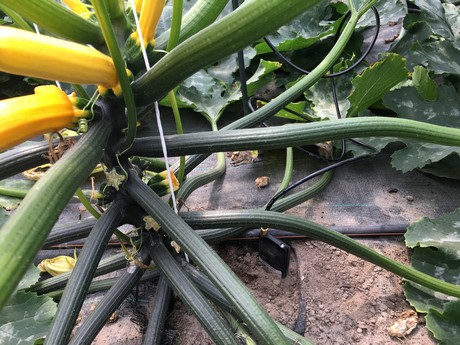 Scale up first and then link systems
Although the introduction of soil moisture sensors is already a considerable improvement for the grower, Robert would like to go one step further in the future. “I see that for many growers it is already a big step from not knowing what is happening in the soil to gaining insight into the soil moisture content and being able to manage it. Yet the next step for us is to link the sensors to the irrigation system, so that, if the soil moisture falls below a certain percentage, it will be replenished automatically."

But step by step. Sensors, Beacon Fields also produces those that measure humidity, temperature or light intensity, are a major investment, Robert realizes. “Fortunately, I can say that we offer relatively inexpensive sensors, but that does not make it cost peanuts, it always has to be earned back. Growers who have taken the first step and are already familiar with it, are scaling up to, for example, the tap compartment level and then to several sensors per tap compartment. That's good to see. You don't have to do more either, because only when you can control the irrigation very precisely, you also want to measure very exactly. Until that time, insight into what happens in the soil is already very valuable.”