Using the sun to its foremost, that's what three French horticultural partners are trying to do. That's why they've installed ASCA photovoltaic films at a commercial greenhouse nearby France. Partners in the project are horticultural Eiffage Energie Systèmes, the French growers with Les Maraichers Nantais and Groupe Olivier.

Covering 43m² and incorporated in three different ways, the project aims to demonstrate the merits of the ASCA organic photovoltaic film and its ability to meet the specific needs of producers. 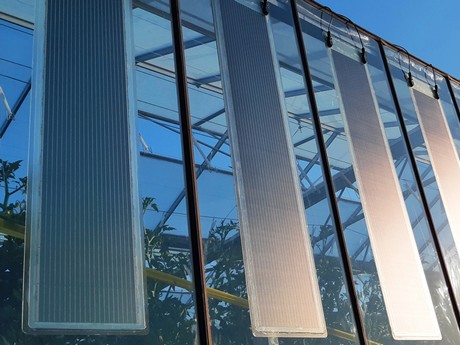 Solarizing agricultural greenhouses with OPV films: what are the benefits?
The desire to install photovoltaic technology on agricultural greenhouses is not a new idea. The experiment was already carried out a number of years ago with 1st and 2nd generation solar panels. Initial results proved inconsistent as growing cycles appeared to be lengthy with later harvesting and lower yields.

Unlike a classic solar panel, however, and due to its current transparency of up to 30%, the ASCA organic photovoltaic film offers the advantage of letting a proportion of the sunlight pass through, thereby enabling photosynthesis to take place.

Another advantage of the OPV technology is its low weight. In contrast to a photovoltaic panel which, once installed, remains fixed and cannot be easily removed, the ASCA film can be easily incorporated in a deployable and retractable system, adapting to the season or the weather conditions. 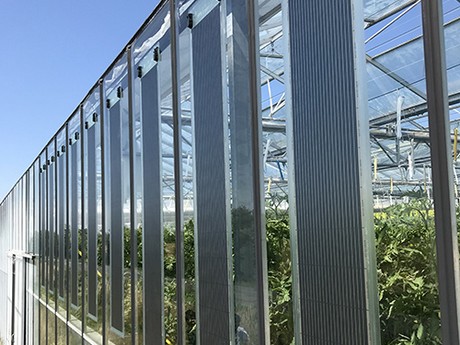 Solar greenhouses: how and why is the film installed?
With this demonstration, the growers and Eiffage Energie Systèmes are seeking to measure the contribution of organic photovoltaic film as both a low-carbon energy solution and as a regulator of luminosity and thermal conditions.

To meet this need, the ASCA Solutions Lab, dedicated to designing specific integrated applications for OPV film, produced three different modes of installation at the greenhouses of the Olivier Group.

What can this green electricity be used for?
The 79 ASCA photovoltaic modules installed as part of this demonstration cover a total surface area of 43m². The green electricity produced will be monitored over a period of one year and fed back into the grid, covering a proportion of the greenhouses’ energy costs: lighting, dehumidification, automatic irrigation system, etc.

The objective of the pilot project is therefore to demonstrate the merits of OPV technology and especially of the ASCA photovoltaic film for this type of application. If the test proves to be a success it will be deployed on a larger scale.