Odense always has been the capital of the flower industry in Denmark. And still, the majority of the growers are located here. This week, the city is blooming, both literally and figuratively speaking. The quarterly held trade fair Handelspladsen that is being held from August 14-15 stimulates blooming business and the subsequent Odense Blomesterfestival, that is being held from August 15-18, turns the city into a colorful sea of flowers. Also, other companies nearby like GASA GROUP and GASA Young plants, take the opportunity to open their doors and show their assortment to all professionals coming to Odense. 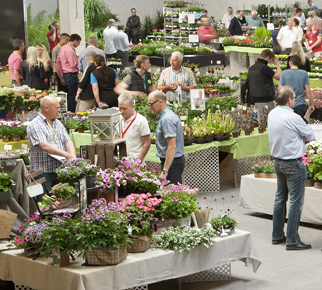 For many years, the Handelspladsen is being organized by the Danish marketing association Floradana. It is a fair which is held four times a year with the purpose to present seasonal Danish ranges. The purpose of the event is to create a professional dialogue between nurserymen, purchaser and customers. Approximately 70-100 nurseries present their products in an informal setting - with plants presented on benches and tables. Both Danish and foreign customers visit the fair. 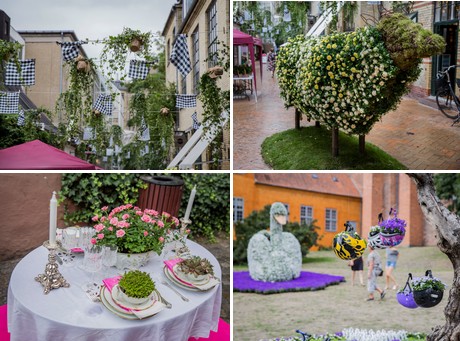 Odense Blomesterfestival
For the danish grower, it is a busy week. In addition to the handelspladsen, which is aimed at the professional audience and making deals, many are also participating in the Odense Blomsterfestival (Odense Flower Festival). This festival is aimed at everyone - "entertainment for the whole family" - as stated on the website. During this festival, the streets of Odense are all decorated with (around 200,000) plants and transforms the city center into a floral paradise under this year's theme: “On a time travel: that brings focus on time”. The event is sponsored by 200 companies including Danish horticultural nurseries. Annually, the festival attracts over 230,000 visitors from near and far, including both tourists and professionals.

Gasa and Gasa Young Plants opening doors
"We will hold an in-house exhibition where we will show all our products from all over Europe in our warehouse, which is only 100 meters from the Handelspladsen fair", says Brian Borup, Sales Consultant at GASA GROUP. In their warehouse, also GASA Young Plants will hold a special event in cooperation with breeder Dümmen Orange in which bedding plant varieties of this breeder, that are doing well in Scandinavia, are presented.