"This tray could guarantee 100% of seedling"

By comparing the results of a general seedling tray with their Fibroot tray, Bumnong USA found that the latter tray could get the crop about 20 to 50 percent higher when it was used for plants that had severe transplant shock or that the growth of the rootlet is not good enough. 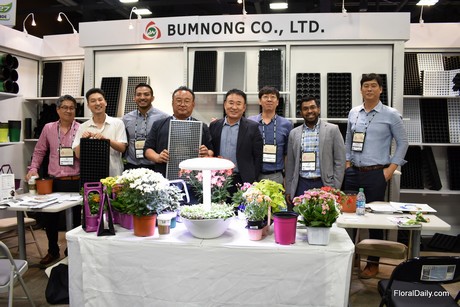 The team of Bumnong at Cultivate'19 in Columbus, Ohio.

Increased absorption
“The Fibroot tray could guarantee 100% of seedlings because this tray has the sterilize function”, Sales Development Director Joe Raju, explains. “Especially, it makes the roots strong in the initial stage of the seedling so that the absorption of water and nutrient could be increased and the plant can grow luxuriantly later on. Using the Fibroot tray could have the effect of natural cutting on the root, and that will reduce the times of cutting manually as well as transplantation.” 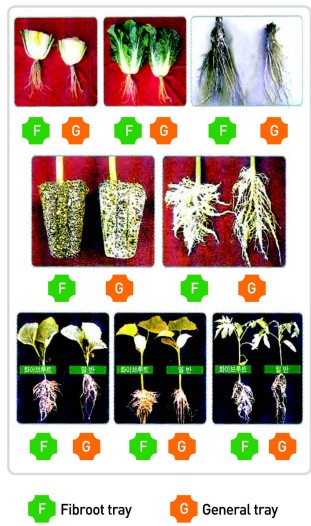 o, how does it work? When the root of the plant reaches to the inside surface of the Fibroot tray, the tray restrains the growth of the length of the root but increase the numbers of rootlets. And it restrains the root ball and it makes it easy for transplantation both by hand or by machine. “This will also give the plant a better tolerance against the rough weather or poor environmental situations such as drought and water logging, as well as it improves the nutritive conditions of the plant after the transplantation.” 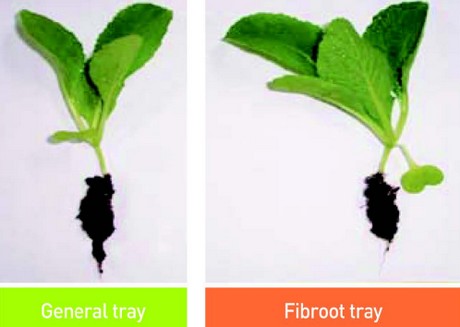 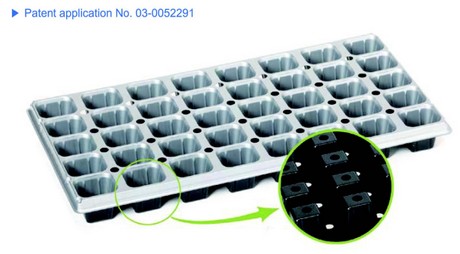 Silver coating to speed up photosynthesis
Since 1995, the Korean company has focused on the production of nursery equipment. Now they manufacture seedling trays and flower pots for the Asian market. Another new concept that they recently introduced is a tray coated with silver. “After sprouting, when the leaves burst out, the silver tray reflects the sunlight to the rear side of the leaves. As a result, it maximizes and speeds up the photosynthesis of the plant.” 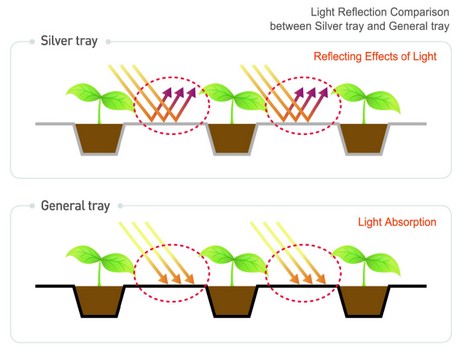