Earlier this week, we published an article on the mystery of the decreasing export figures of the Colombian cut hydrangea crop. According to the statistics from January till May 2019, published by Asocolflores, the numbers so far, compared with the same period last year, are down (- 4.7% in value and -3.5 % in volume.) In a reaction to this article, Colombian hydrangea grower Juan Gomez of Candelaria Flowers shares his thoughts on what could be the possible reason for this decrease. 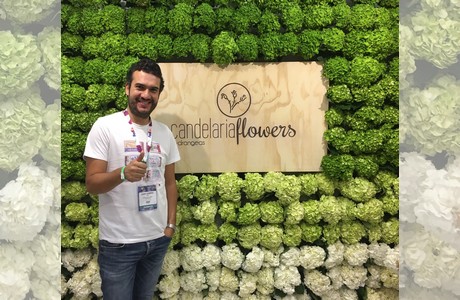 And their increase in sales might also have to do with the low quality of many other growers on the market. "I agree with what Catalina Arango stated in the article earlier this week, regarding that many growers deliver bad quality and that this might have affected the market. We hear this from our customers and because of this we have gained new customers."

Increasing acreage reached its limit
Over the last years, the supply of cut hydrangeas grew faster than the demand and this has resulted in prices going down. And according to Gomez, growers seem to have realized that the supply has grown faster than demand. "I dare to say that the acreage reached its limit", he says. "Many companies in Colombia grow but also buy from other sources, often small farmers who have no infrastructure or means to export their hydrangeas themselves. The price offered to them by some companies hardly covers their costs. Therefore, some of these small farmers are starting to leave the hydrangeas and considering other crops where they can get better conditions."

And when taking a closer look at the prices, his theory might be confirmed. Gomez notices that the growers experienced a higher price decrease in previous years, but not from 2018 to 2019. "So, prices might have reached the bottom."

Expected: Acreage to decrease
And the decrease in acreage of the hydrangea crop might be a partial answer on the mystery why the exports decreased.

"The way I see it is that it has to do with a reverse in the trend. I believe that in the short-medium term, the area of Hydrangeas grown in Colombia will decrease and it is already decreasing. Some companies investing to enlarge the area grown, are doing it to replace their external purchasing, so this is just a replacement of suppliers."

Expected: Market will regulate itself
As a result, Gomez expects the market to regulate itself. "Prices are relatively low for some growers nowadays; the business is not as profitable as it used to be and some growers are really struggling to survive. In my opinion, the acreage of this crop should decrease, prices should adjust and export volumes should stabilize. Is the market law!"