Chinese, North American and older consumers buy half of all ornamental produce

What will the global ornamental market look like in 2030? In two papers - the first was published in January, the second was added this week - the AIPH aims to identify opportunities and obstacles in specific markets and market segments. This results in a macroeconomic overview, which makes the future just a bit more tangible.

According to the association, this is the first-ever attempt to capture a global overview of the market in one report. The first International Vision Project (IVP) Report, titled ‘Ornamental Horticulture, A Growing Industry?’, looks at how global demand will develop. Three primary growth groups are identified: the working middle class in China, the working-age population of North America, and the growing population of retiring and elderly people of the western world. "These three groups are expected to cover nearly half of the projected total €20 trillion global consumption growth till 2030." 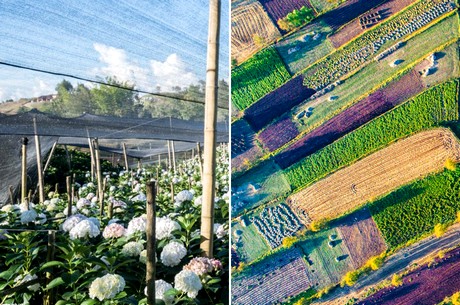 Another interesting observation is that the real per capita spending on ornamentals could be far greater than previously thought. Existing studies often end up with a lower amount, mainly because growing income and spending on ornamentals is (too) often seen as having a linear relationship. "A smaller relative share of income is needed for primary spending on housing and food and more budget becomes available for personal and discretionary spending, including services".

A third find is that emerging economies aren't expected to take a larger share of the spending, but that markets will actually grow even farther apart. Through (protectionist) policies, logistics facilities, resources and consumer elasticity - how much they are prepared to pay for import - the already greedy parts of the world (North America, Europe and Northeast Asia) will lay claim to an even larger share.

Production
That also shows in the second report, which deals more closely with developments in the largest production areas and buyers worldwide. The extensive part about the Chinese market is particularly interesting. Domestic production is developing at lightning speed. Growers produced 6 billion euros' worth of flowers in 2006, in 2016 this was 20 billion, and this amount is again expected to double by 2026. The report also looks at consumer spending in the largest urban agglomerates, showing that spending here will probably grow from 16 billion euros in 2016, to 57.5 billion in 2030.

A similar analysis is made for the North American market. Production and consumption increase are not as spectacular here as in China, but still substantial. Production will probably increase dozens of percentage points in the coming decade, consumption will see major growth with over 50%. Both markets have in common that the 'public spending' segment shouldn't be underestimated. Cities should become greener, public green areas are high on the agenda in both parts of the world. For the Chinese cities that were studied, a doubling (from 4.6 to 9.8 billion euros) is expected; for a number of urban areas researched in the US, this will grow from 18 to more than 27 billion euros.

Finally, the report goes into parts of the world where the bulk of the produce comes from: Colombia, Ecuador, Kenya, as well as areas that are gaining ground: Brazil, Mexico, and countries in Southeast Asia.

Both reports can be downloaded here from the AIPH website.