Royal Van Zanten displayed over 60 varieties during the open days in La Ceja, Colombia from Monday, August 26th up to Friday, August 30th. A lot of professional growers and trade was interested in the new developments concerning Chrysanthemum.

Some of the new varieties are Batman, Porifera and Yellow Molly. Besides the introductions, there was a lot of attention for two new varieties during the Open House in La Ceja, Colombia. 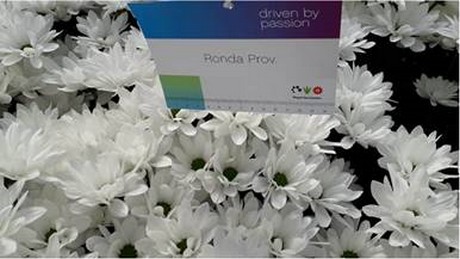 Ronda Prov is a new white daisy variety of Royal Van Zanten. It stands out because of its uniformity and pure white big flowers with a deep green center. 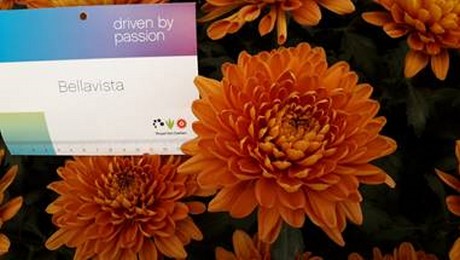 Bellavista is the new orange variety of Royal Van Zanten which can be used as both disbud and spray. It stands out because of its true orange flowers.

Royal Van Zanten will continue the introductions of new Chrysanthemums during the SAF Annual convention in Amelia Island, USA.

Besides the new Chrysanthemum varieties, the new Charmelia Purple and Alstroemeria Red Queen will take part in the new variety contest.