Not affecting positive vibe at the FlowersExpo

The start of the school year in Russia is traditionally speaking quite an important day for the flower industry, as children give their teachers flowers. This year, however, when hearing out the exhibitors at the FlowersExpo, the demand from the end consumer side has not been as high as usual. However, when looking at the exhibition and the interest for what's on display, it doesn't seem to influence the flower growers' interests and potential to grow in this flower-loving country.

As a result of the low demand for the first school day (the second of September this year), it is said that the Russian suppliers who imported their usual numbers had more difficulty with getting the products out. Others, who already expected a lower demand, ordered less. "Usually, importers order 20-30 percent more products for this day, and this year it was only 5-10 percent. And also on the auction, we did not see a peak", a Kenyan grower says. Also, an Ecuadorian grower told us that they usually have 9 peak days for this occasion, while this year it was only 2.

What could be the reason? Some potential reasons were mentioned. Some say that the school outfits and books and so on increased in price, which in turn lowered the parents' budget for the flowers. Probably in line with this, we also heard that instead of one student giving flowers to the teacher, the teacher now received one bunch of flowers from the entire class. Another reason mentioned was that the schools are slowly, but unconsciously, moving away from this tradition with the modernization of the schools, with some schools asking for donations for children instead of flowers. Also, some said they've heard that the government might have initiated an attempt to save money on this part of the school expenses.

But one way or another, Russia remains a flower-loving country - with International Women's Day on March 8 as an absolute peak. All exhibitors, foreign and national, see the potential to grow in this country. Many exhibitors are already known in the market and operating in the market for many years and eager to expand or gaining back their market share they lost in the crisis. But we also see new companies entering the market.

And hopes are high. Even though today, the second fair day of the FlowersExpo is known to be the busiest day, many already mentioned that they've had a very fruitful first day with many meetings. "So, it can only become better", an exhibitor said.

The team of FloralDaily.com is also present to make a photo report of the show, which will be published on Monday, September 16. But below already a small impression. 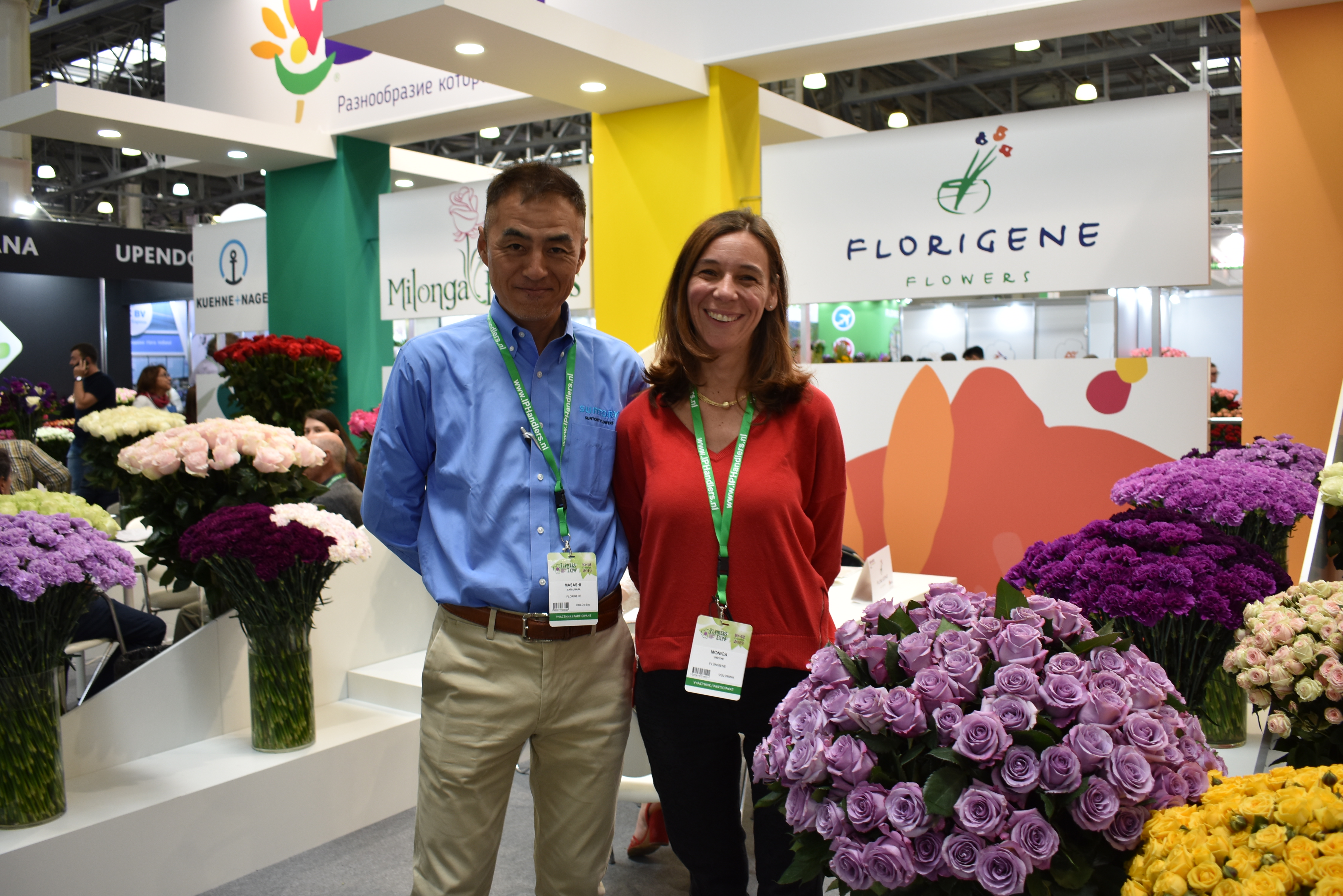 Masashi Matsumura of Suntory Flowers and Monica Useche of Florigene, the Colombian farm where Suntory's carnations and Applause are being grown. They are presenting Applause for the first time at the FlowersExpo. 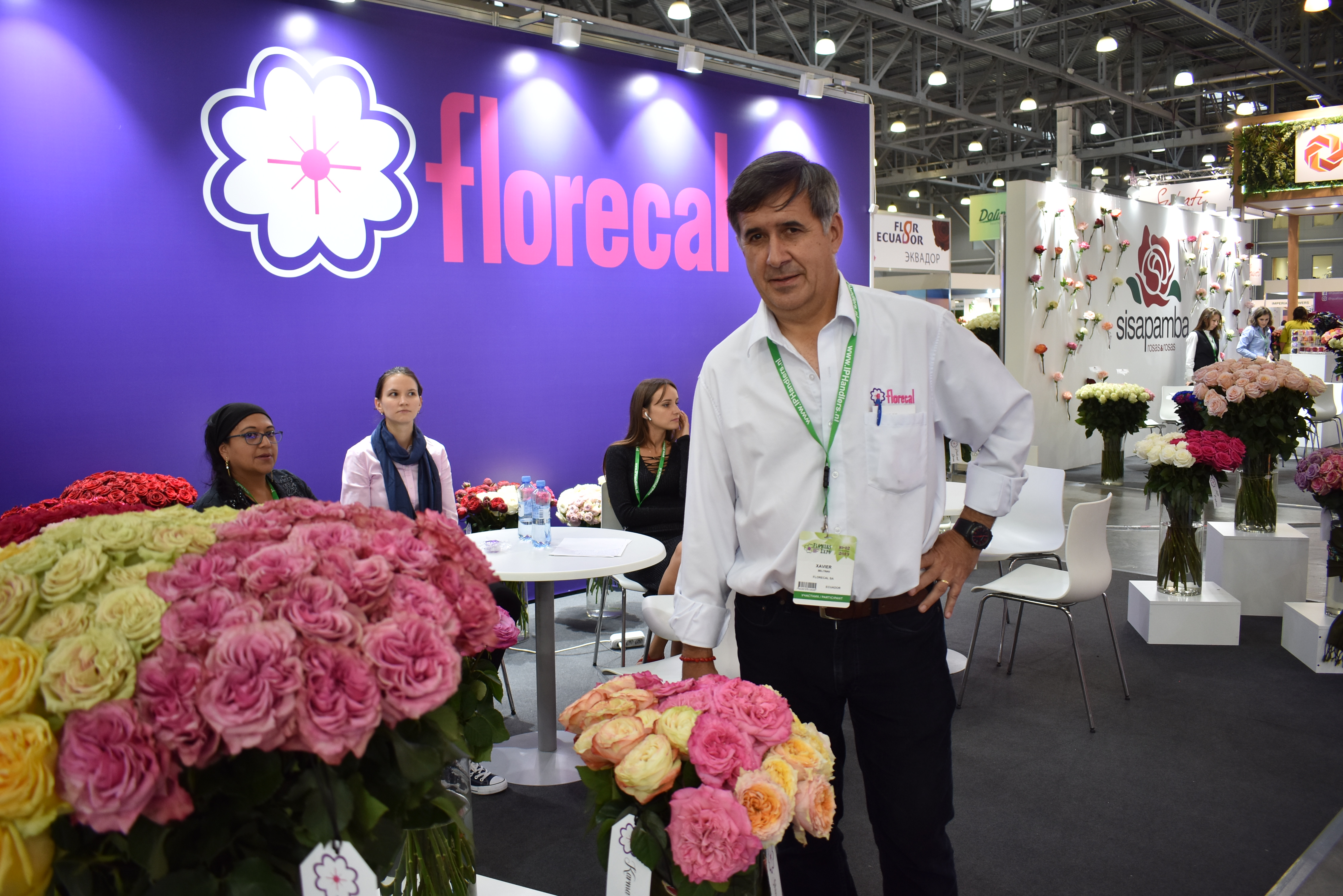 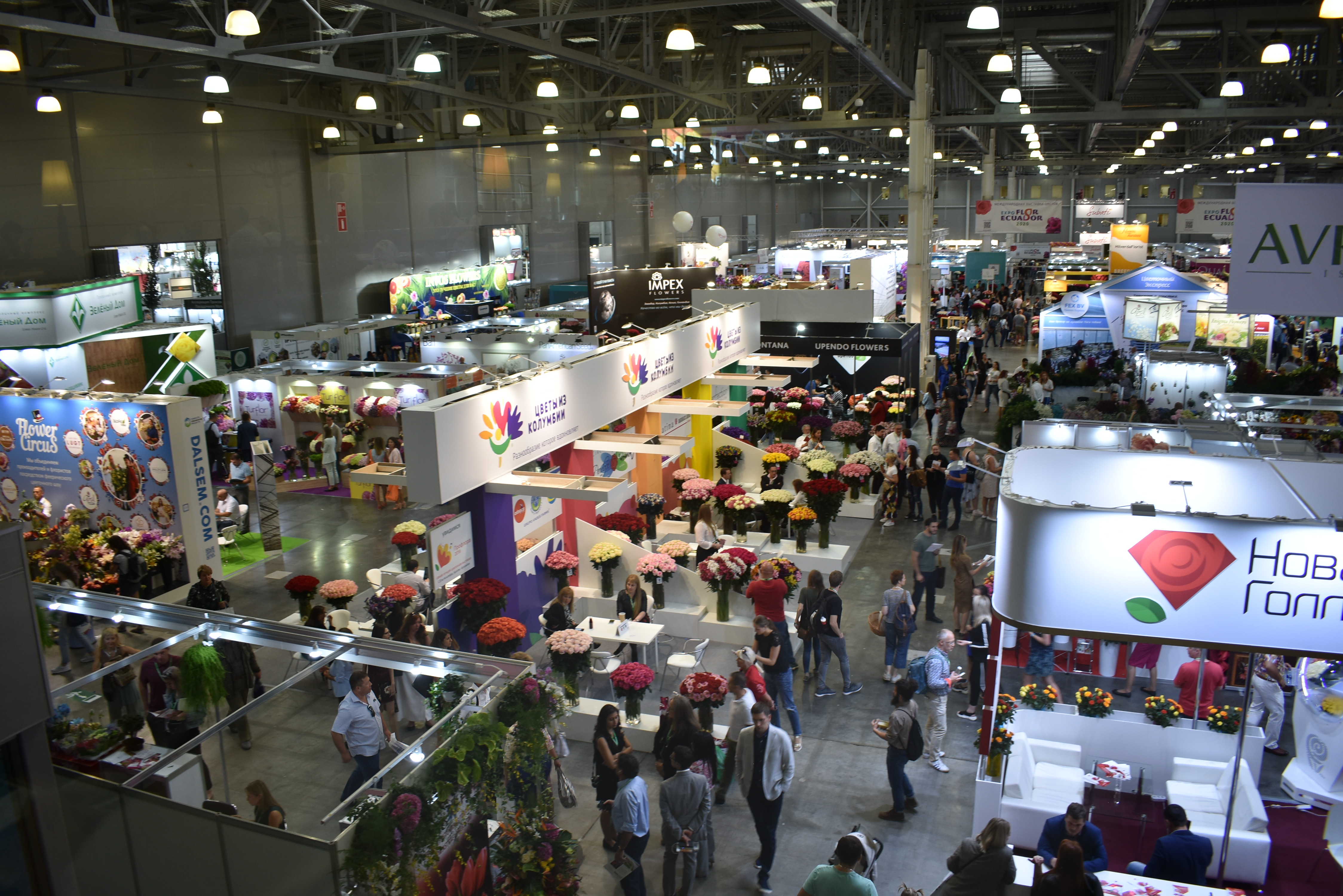 Elevated view of a part of the exhibition hall 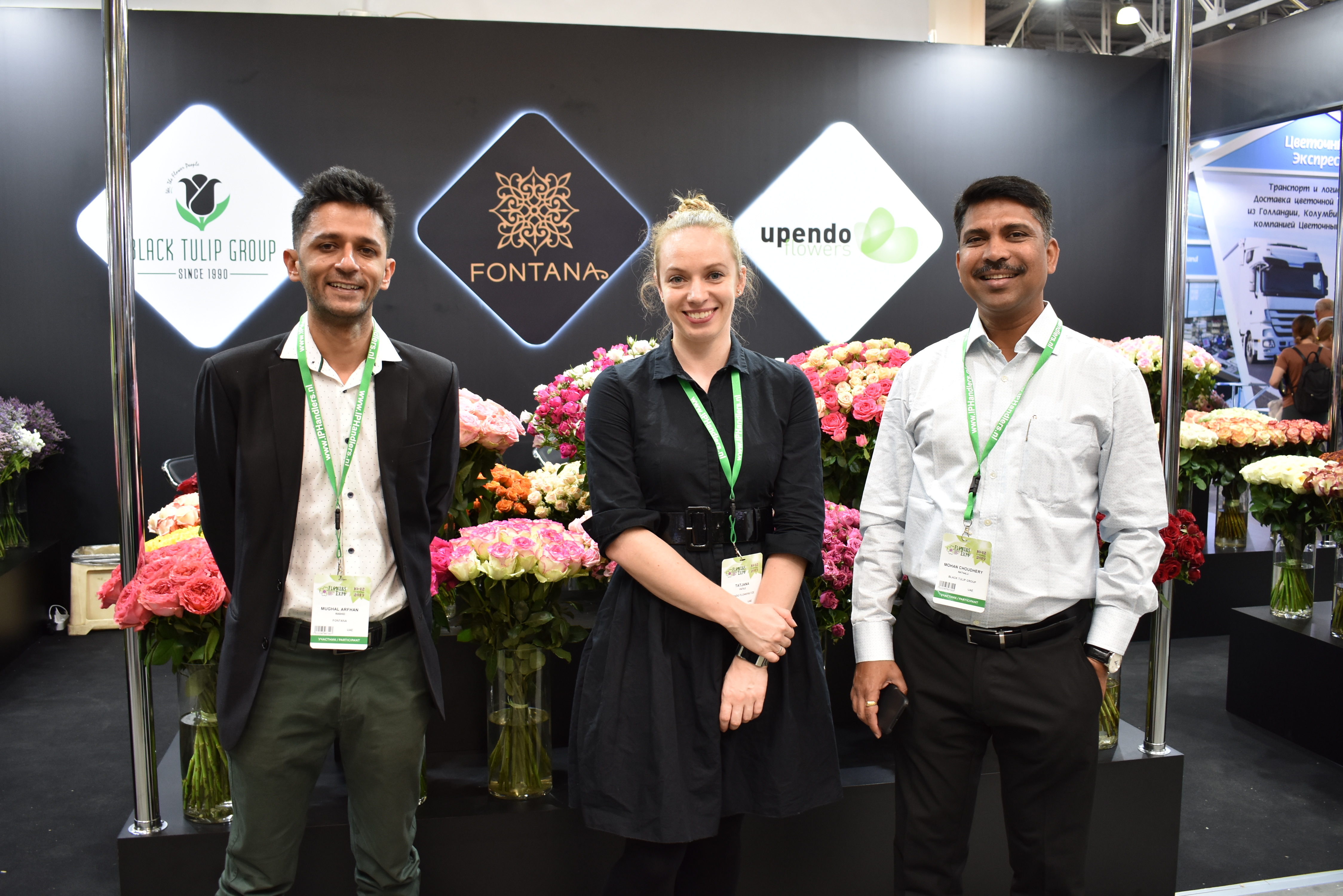 Mughal Arfhan of Fontana, Tatjana Patil of Upendo and Mohan Choudhery of Black Tulip. In June 2018, Black Tulip took over Upendo and together with the partnership of Fontana, offers them a strong global presence of their Kenyan grown flowers. 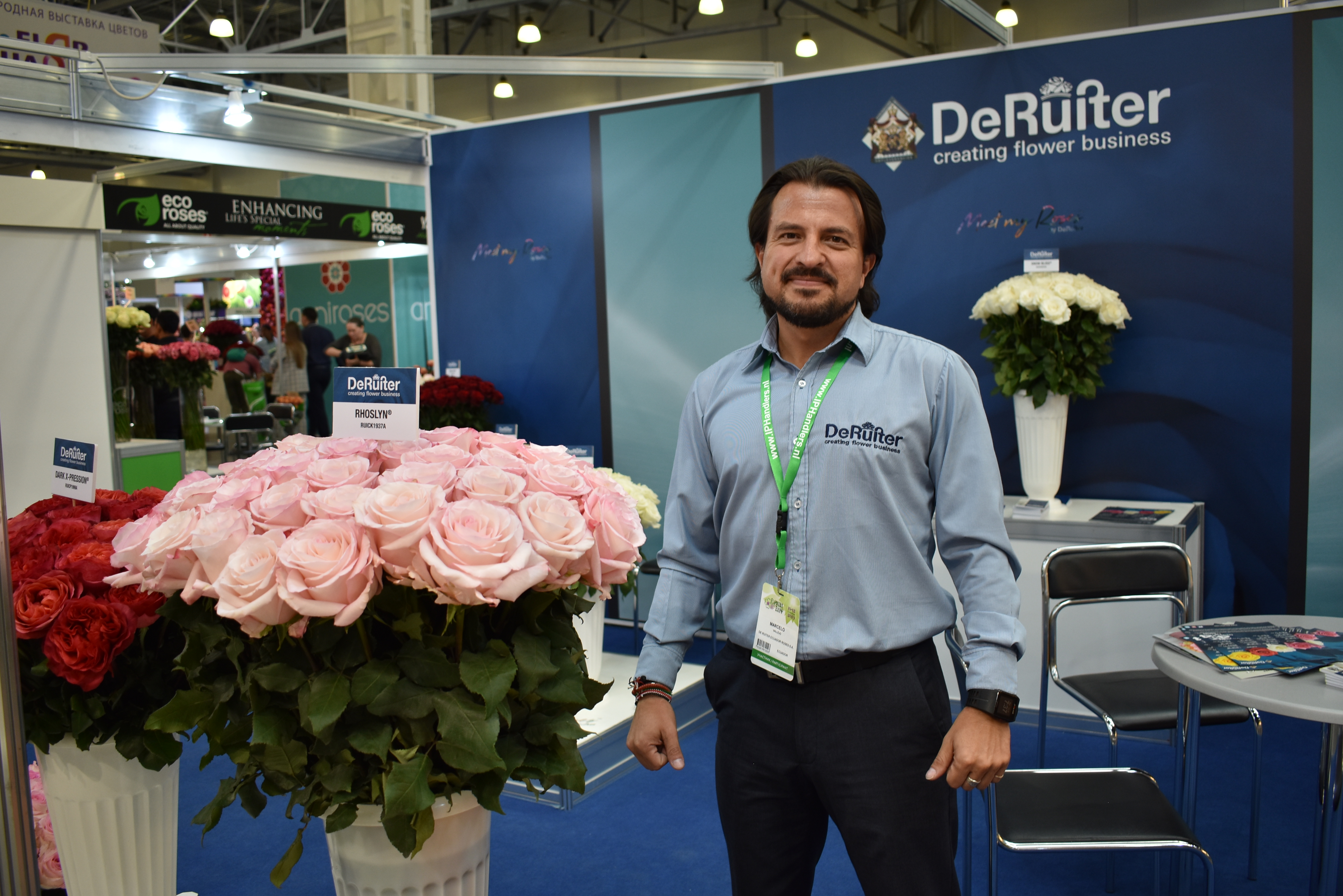