Perennial’s Patron, HRH Princess Alexandra, will be guest of honour at the charity’s 180th Anniversary Festival Dinner at the Corinthia Hotel on 11 October. Her Royal Highness will be joined by Perennial’s President Alan Titchmarsh for the evening, which aims to raise over £30,000 to help people in horticulture who are facing life-changing events. 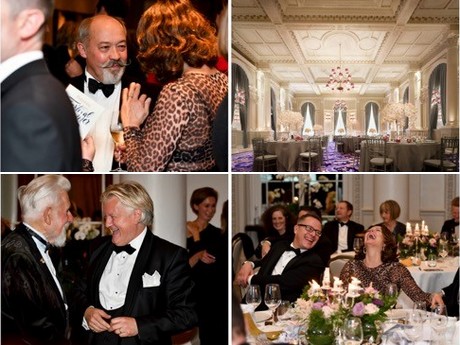 Anita Bates, Director of Marketing and Fundraising at Perennial, says: “We’re delighted that HRH Princess Alexandra will be joining us for the evening at the Festival Dinner. Perennial’s history lies in the great estates of Britain and as we celebrate 180 years of the charity for people in horticulture, it’s important we recognise that we are as relevant today as we were in 1839. The Festival Dinner is a chance to show your support for Perennial in the company of friends, colleagues and well-known faces from across the industry. It’s a not-to-be missed event!”

On arrival, guests will enjoy a champagne reception with live music from leading London harpist Hayley Wild. A graduate of The Royal Academy of Music, Hayley regularly performs with the London Philharmonic Orchestra and in West End productions including The Producers, Carousel and most recently The Nutcracker at Sadlers Wells. A three course meal will be served by the award-winning team from the Corinthia Hotel London, followed by an after dinner speech from Alan Titchmarsh.

The evening is an opportunity to catch up with friends and colleagues while enjoying great food, music and the exciting live auction, which this year features the chance to spend the day with Alan Titchmarsh and the team from ITV’s ‘Love Your Garden’ as they film an episode of the next series, a Caribbean holiday for six on the luxury island of Mustique and tickets for the royal box at the Royal Variety Performance at the London Palladium on 18 November. All live auction prizes will be available for online bids on the Perennial website from 1 October and further auction and raffle prizes will be up for grabs on the night.

This year’s Festival Dinner is made possible with sponsorship from the London College of Garden Design and Lumley Insurance.