During Summer, the gardens of PanAmerican Seed were filled with flowers. Many people walked through the gardens and admired the colourful areas. For those who did not visit one of the breeder's locations, they shared some of the highlights.

In multiple gardens, the Impatiens Beacon series showed its high resistance to Impatiens downy mildew. Uniform plants with strong plant vigour produced lots of flowers. Plus, the Beacon series, which is available in six colours and two mixtures, was an eye-catcher in the gardens.

Another Summer highlight series was new Zinnia Zesty. This brand-new Zinnia elegans series created garden appeal with its fully double flowers. All Summer long, Zesty displays vibrant colours. Not only in gardens, but also in containers, mixed combinations and borders. Pollinators love this plant, too. 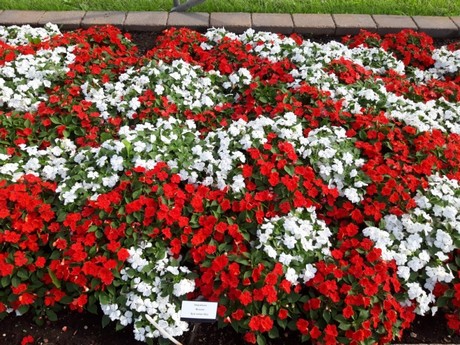 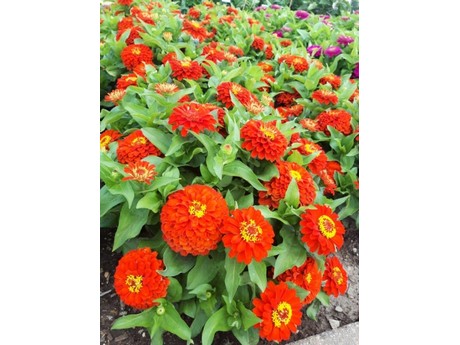 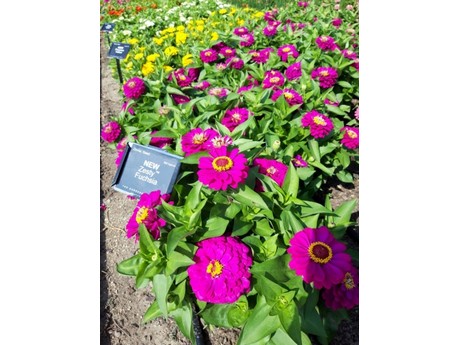 During Summer, you can see petunias everywhere you go. One series in particular that stands out is Petunia Easy Wave. This almost 25-year-old petunia series is still going strong. In fact, one new colour that was introduced this year and available as of October 1st was new Lavender Sky Blue. This new colour has shades of lavender to sky blue. Of course, this new member of the Easy Wave family was on display in the gardens. Just like all other colours within the series, Lavender Sky Blue provides easy spreading colours all season long.

Next to many annuals, perennials were also introduced in the PanAmerican Seed gardens, including Leucanthemum Madonna. This year’s Fleuroselect Golden Medal Winner demonstrated why it was awarded while on display in the gardens. Madonna is an alternative to vegetative varieties, as it doesn’t require vernalisation and has no risk of bacterial infection. 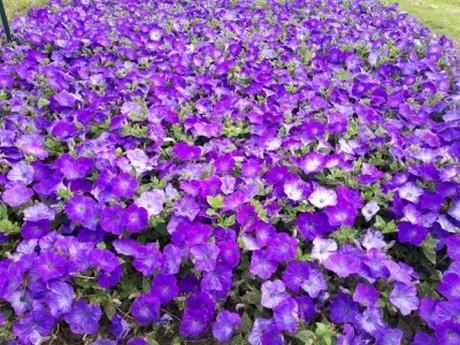 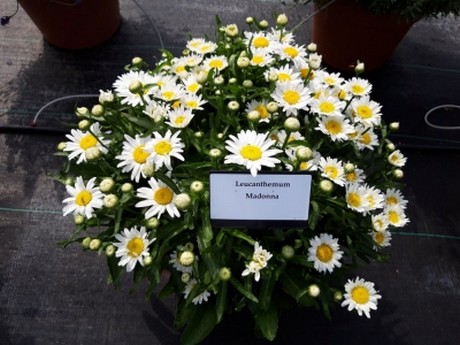 At the Venhuizen location in the Netherlands, all the new Tuberous Begonia series were shown. A wide selection of colours were displayed from these series. On the pergola, the Sun Dancer series showed off its branching habit and double flowers in hanging baskets. The AmeriHybrid Ruffled series was also on display in containers. Its double flower form features one of the world’s largest blooms – up to 9 in. (23 cm).

The Calibrachoa Kabloom series was shown in hanging baskets. This first seed calibrachoa does not rely on cutting availability dates. All nine colours of the series were on the pergola. Hanging next to the Kabloom series was Fuseables Paradise Island, which contains a combination of Kabloom Yellow, Kabloom Denim and rose calibrachoa (not available separately). 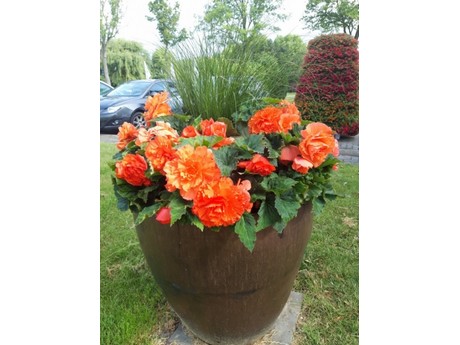 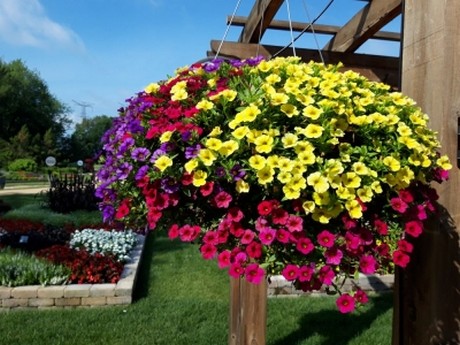 Other plants that really demonstrated their beauty in the gardens were the sun-loving celosias. Both Celosia First Flame Yellow and new Celosia Concertina Red lit up containers. The new Celosia Concertina series can be used as an indoor potted plant and also in a sunny spot outdoors on the patio. It has five vibrant colours and one mix.

Concertina was not the only multifunctional plant available in the gardens – Dichondra Silver Falls can also be used as both an indoor or outdoor plant. Its cascading habit makes it suitable for mixed containers and hanging baskets. Silver Falls handled the heat and drought of Summer.

And finally, there was the new French Marigold Flamenco. Flamenco is in line with the French Marigold Bonanza series for habit; flowering time is a few days later. This year, Flamenco drew a lot of attention in one of the flower beds in Venhuizen. 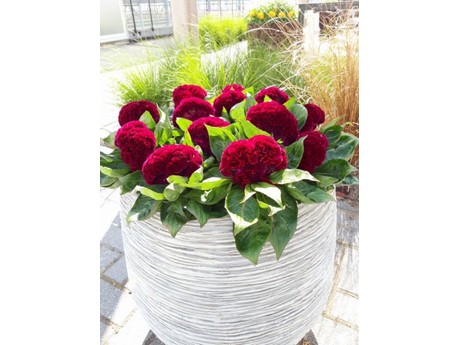 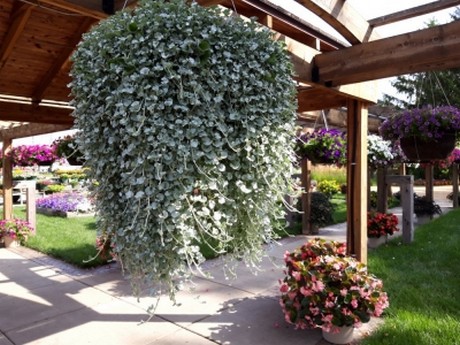