The Mid-Atlantic Nursery Trade Show (MANTS) announced that registration is now open for its 50th annual event that will take place at the Baltimore Convention Center in January 2020. Green industry companies and businesses interested in exhibiting or attending The Masterpiece of Trade Shows may register online at www.MANTS.com.

MANTS 2020 will be held from January 8-10 in Baltimore, MD, where it has been hosted for the last 40 consecutive years. For the show’s 50th year, horticulture vendors from across the world will come together for the premier green industry marketplace. Since its inception in 1970, MANTS has grown into one of the largest trade shows in the country serving the ornamental horticulture industry. MANTS is where the industry comes to buy, shop, meet, see and be seen every January. 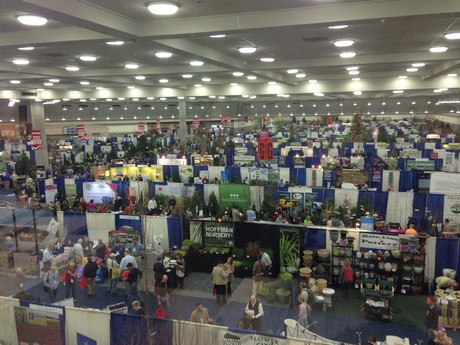 “It has been an honor to follow in my parent’s footsteps and lead the team that brings MANTS to life each year,” says Vanessa Akehurst Finney, Executive Vice President of MANTS. “Since 1970, our goal has been to connect professionals throughout the country, and around the world, in order to facilitate industry commerce and networking. We work hard to make sure that MANTS is the place to buy, shop, meet, see and be seen every January.”

In 1970, the Mid-Atlantic Nurserymen’s Trade Show, Inc. was established by the Maryland and Virginia Nurserymen’s Associations. Two years later, the West Virginia Nurserymen’s Association joined in as the third and equal sponsor of the show. The first trade show was held in Williamsburg, Virginia in January 1971 with 64 exhibitors and the second in 1972 at the Hunt Valley Inn in Cockeysville, Maryland with 79 exhibitors. During the ensuing years, the show continued to grow and move between venues in Maryland and Virginia before finding its home in the Baltimore Convention Center in 1980 where it has stayed for 40 years.

In 2019, MANTS welcomed more than 11,600 registrants to the Baltimore Convention Center, the largest number of registrants since 2008. These industry professionals had the opportunity to visit 956 exhibiting companies, spread throughout more than 1,550 booths. The exhibiting companies and event attendees traveled from 48 states and 16 foreign countries – all of whom represented a wide variety of products, services and trends on the show floor.