"Dried flowers are back in fashion"

"Dried flowers were popular in the 80s and 90s, but in the last three years, I've seen the use of these types of flowers increasing again", says designer Pieter Landman of Blooming Vision. For this reason, he decided to put the dryable flower varieties of BallSB in the spotlight at their booth during the FlowersExpo in Moscow, Russia, that took place earlier this month. 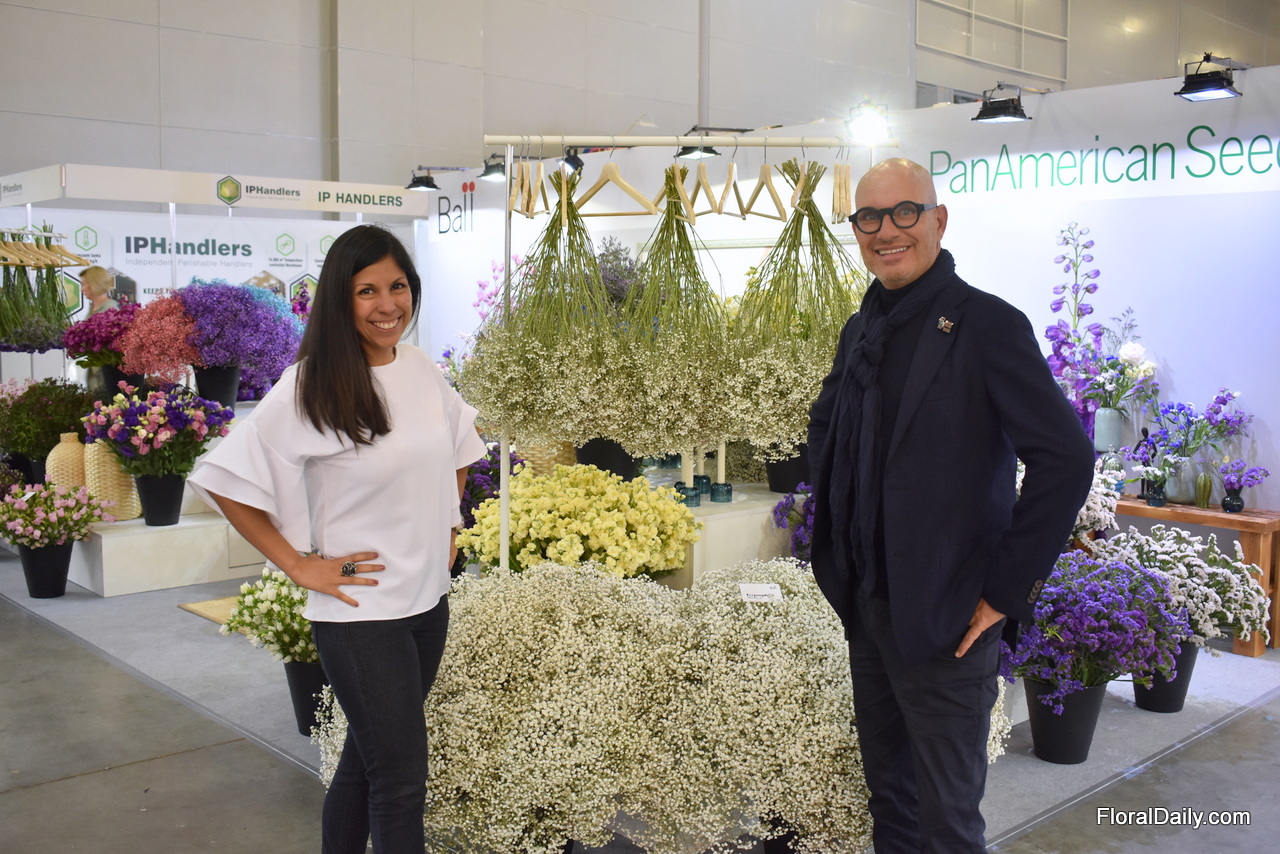 Carmen Lucia Marquez Hernandez of BallSB and designer Pieter Landman promoting the dryable flowers like gypsophila and limonium at the FlowersExpo in Russia, Moscow

Old trend returning
Landman is a flower designer and has been in the industry all his life. After owning a flower shop, he focused more on product development, trend watching, merchandising and sales for the mass market. He established Blooming Vision in 2003, operating worldwide at floral and produce exhibitions, consulting international retail chains and their suppliers. He closely follows the trends in the industry and currently sees an old one returning: dried flowers.

"In the 80s and 90s, I was working in the dried flowers industry. At that time, it was trendy, but it went out of fashion. But three years ago, I again bumped into dried flowers and since then, I have the idea that the trend is coming back." And not only locally. "It seems to become a worldwide hit again as I see it in many different countries."

Russia
Also in Russia, the dried flowers have attracted the attention of many visitors of the FlowersExpo. For many years, Landman has been decorating the booth of BallSB and PanAmerican Seed at this show and this year, the dryable flowers in their assortment took center stage. At the booth, they were presented hanging on clothing racks. "The assortment of BallSB contains several flowers that are dryable, like the gypsophila and limonium. By presenting them this way, we tried to grab the attention of the visitors and show them how versatile the flowers are."

Building up confidence in summer flowers in Russia
The dried flowers were presented alongside many different summer flowers, still a product Russian importers are hesitant to import, explains Carmen Lucia Marquez Hernandez of BallSB. "They are often afraid that the flowers won't ship well and therefore won't last long, but by presenting the flowers at the exhibition, that were harvested 2 weeks ago in South America, their confidence in these flowers is built up."