Berries are in the November Flower Agenda

Growing in the spring and blooming in the summer - that’s not all that skimmia, rosehips and holly have to offer. The formation of berries gives them a totally different appearance in the autumn and fresh value in floral work. That fits with the ongoing trend for incorporating botanical elements and using as much of the plant as possible to ensure sustainability. The berries have been specially selected for their decorative value in the fruit stage, and give a subtle hint of the forthcoming Christmas period. 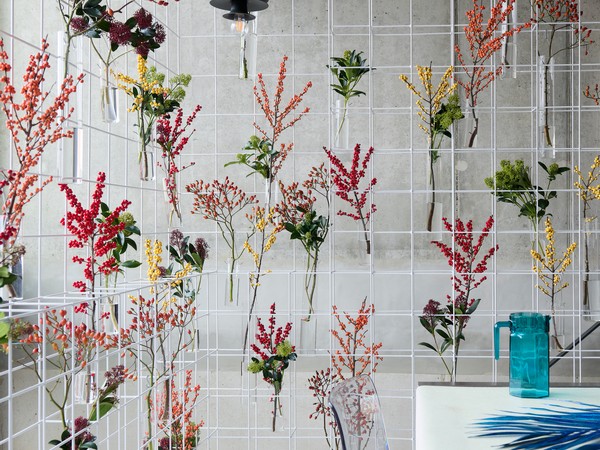 Origin
In the wild skimmia grows in the forests of China and other parts of Asia such as the Himalayas. Holly can be found in southern and western Europe and western Asia. Roses and their hips were first cultivated in China, Persia (the current Iran) and countries around the Mediterranean.

Range
Branches with fruit are sub-divided into two groups: fleshy and dry. Berry-bearing shrubs such as holly, rosehips and skimmia come under the fleshy fruit.

Holly, the most common variety of holly (Ilex) is Ilex verticillata, deciduous holly. This can be recognised by its long branches with small sidebranches packed with red berries. There are now also berries in other colours such as cream, lemon and ochre, orange and salmon.

Rosehips (Rosa) are available in a wide range with red, green or amber rosehips, the fleshy fruit of a rose. The hips can vary in size and shape, from tiny to a few centimetres. The length of the branches ranges from 30 cm up to 2 or even 2.5 metres. The XXL branches are usually offered in plastic bags in order to be able to transport them. 'Magical' and 'Fantasy' are the best-known rosehip series.

Skimmia is best-known for the varieties on which the red or greenish white buds offer decorative value. We also see attractive red or green varieties. Some skimmia varieties such as japonica and reevesiana are specially grown for the berries and work well as cut flowers thanks to the bright red berries and the green foliage.

Inspiration & information
Inspiring images of every flower on the Flower Agenda have been produced in line with the Horticulture Sector Trends 2019 (Groenbranche Trends 2019). These trends are a translation of the latest consumer trends and are specifically aimed at the horticulture sector for use both indoors and outdoors. If you would like to find out more about the Flower Agenda read more here.