ornamentals export to be doubled within 10 years

Iván Duque Márquez, the president of Colombia, opened the Proflora in Bogota yesterday. The Proflora is the main ornamental trade show in Colombia, and is held every other year - this is the show's tenth edition. 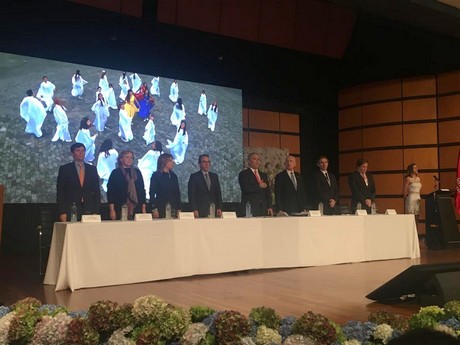 Duque could be called an ambassador of the country's ornamental industry. Not only does he personally know several growers and representatives, he also likes to advertise the industry to the world. Recently the United Nations convened to discuss a number of major issues facing the world, summarized in the 17 Sustainable Development Goals. Duque told the assembly that there's no industry that makes as much impact in all 17 SDG fields as the Colombian ornamental industry.​

Grupo Andes Farms, one of the first exporters, celebrated their 50th anniversary and received a memorable present from Augusto Solano of Asocolflores and the president. 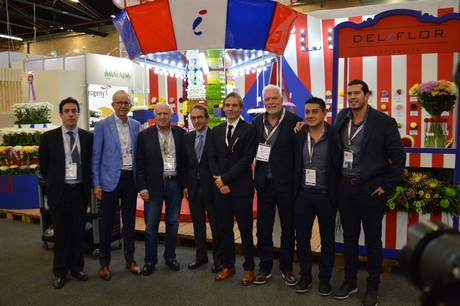 In 1999, Asocolflores launched a social program to help growers create the right circumstances to combat domestic violence and family feuds, helping to build a peaceful community and creating perspective for the future. Asocolflores is the Colombian association of flower exporters, promoting the interests of the sector across the chain. Augusto Solano, president of Asocolflores, and President Duque know each other well. 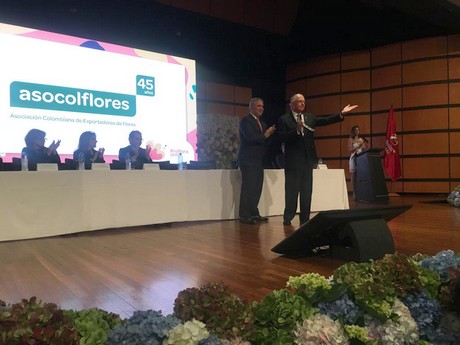 Asocolflores celebrates its 45th anniversary and received a present from the president. 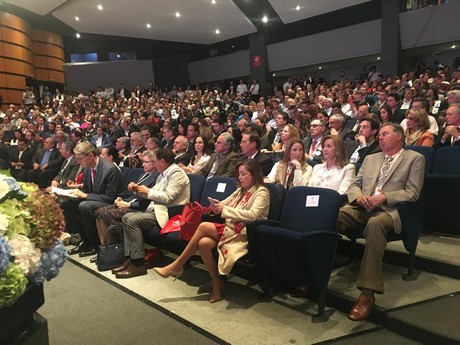 Over the past two decades, a lot has improved. Women are working, get paid and are more often able to take care of the children. Growers offer permanent contracts, a fair income and often also things like medical care, education, a pension, etc. The president pointed to the successes of this program and thanked those who had conceived it. The applause that followed showed that something really had changed. 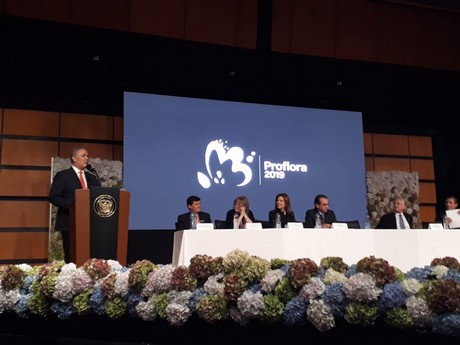 President Duque while giving his speech 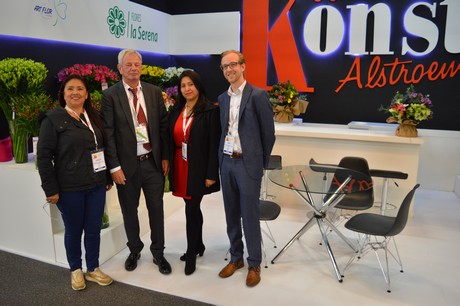 The team of Könst Alstroemeria, which is well represented in Colombia with its varieties

Flowers second export product Colombia
Behind coffee, flowers are Colombia's second export product (20% of the agricultural production, 9% of the overall export, not including raw materials). Last year the export, 78% of which to the U.S., brought in 1.6 billion dollars. Duque expressed his wish to double this amount in the next decade, signaling his intention to draft a master plan to achieve this, together with the industry. 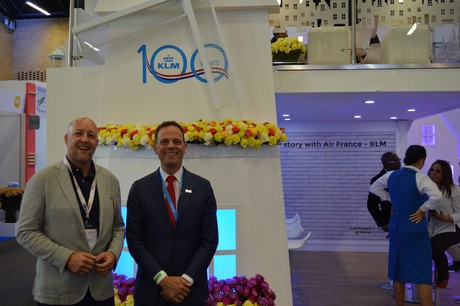 A comprehensive report of the Colombian trade show and a photo report will follow shortly, stay tuned! 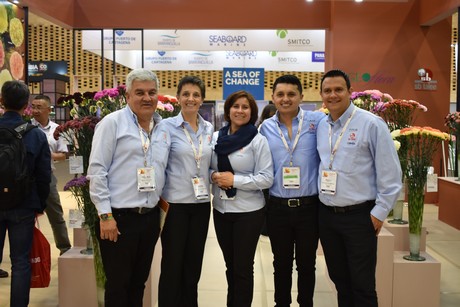