Clematis ‘Maria Skłodowska Curie’ took second place in this year's People’s Choice Awards competition organized by the Royal Horticultural Society (RHS) in Great Britain. As many as 28 new cultivars of ornamental plants from around the world entered the competition and were presented at Garden Harlow Carr, one of five RHS show gardens.

The Polish cultivar was raised by Szczepan Marczyński and introduced in 2014 by the Nursery Clematis – The Source of Good Climbers from Pruszków. This is not the first prize the clematis variety has won in its five years on the market. 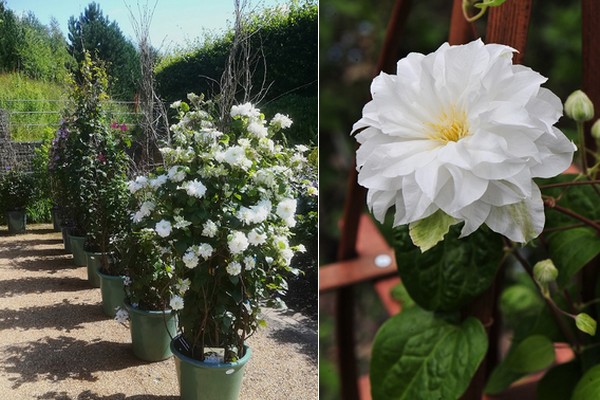 It received, among others:

The Royal Horticultural Society (RHS) is one of the oldest gardening organizations in the world. It was founded in 1804 by Sir Joseph Banks and John Wedgwood. It promotes gardening through large exhibitions such as Chelsea Flower Show, Hampton Court Palace Flower Show, Tatton Park Flower Show and Cardiff Flower Show. The Society also supports gardening training to professionals and amateurs. It conducts scientific research, as well as develops educational and social programs. It publishes many gardening and horticulture books. 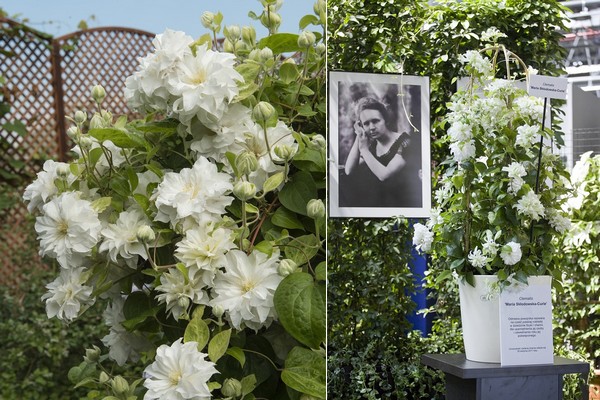 The awarded cultivar was named after the Polish double Nobel prize winner. During the official naming at the Green is Life exhibition in Warsaw in 2011, the descendants of Maria Skłodowska Curie were present. In June 2019, The Polish Post issued a series of 4 stamps "Polish cultivars of Clematis". One of them featured 'Maria Skłodowska Curie' cultivar.