The new head office of all three companies of Esperit and Ornamentex has been brought together in the new building at Woutersweg 16 in 's-Gravenzande, the Netherlands. This week the company is organizing the Espremière Edition 2019, open days whereby both the new building and the assortment and introductions for the coming year can be seen. We went over to have a look. 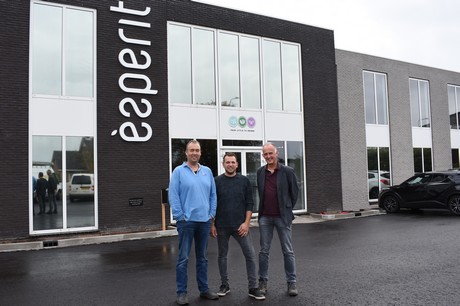 The grower does not like to sit still, in recent years a major project actually took place every year. First the production of young plants was taken over from Amstel, then the tissue culture from Aardam, then a bit of hardening of plants from Microflor. In addition, construction works were carried out last year, first at Esperit Youngs, and just a while ago the new head office + testing ground and show greenhouse have been completed. "These have been turbulent years," says Jan. “In the meantime, demand has risen so much that we even have a waiting list, despite all the extra production. We hope to find a solution again next year, but we'll talk about that later." 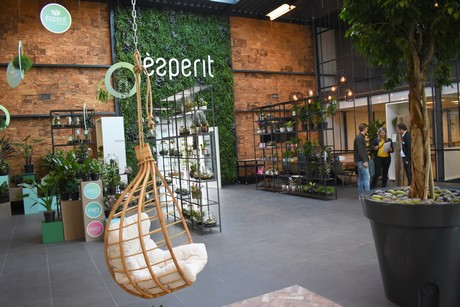 The renovation started in January. Last week, just in time for the open days, asphalt was laid and that completed the new location. The test location of Esperit Youngs is up and running and the showroom of Esperit Elements, the arrangements department which they say they want to focus more on in the coming period, has also been taken into use. The new location is now the headquarters for the entire company: Esperit Plants, Youngs and Elements, and also Ornamentex. 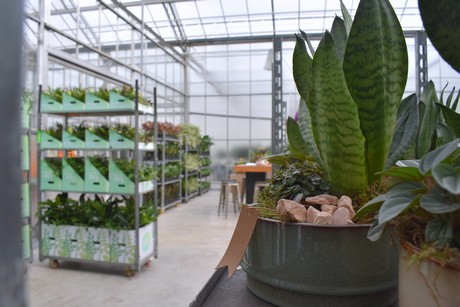 The new test area can also be used more for new varieties. No less than 10 will be introduced this week. That also means more work in the Youngs department. “We develop mutants and use them for testing. Recently we have also opened our own lab. When we are finished testing, we will start working at Esperit Youngs. We outsource the tissue culture from our lab to a Chinese propagation company. We supply the young plants to growers and for a part we use them at Esperit Plants. The end product then finds its way back to the market via Ornamentex, the company's trading arm.” 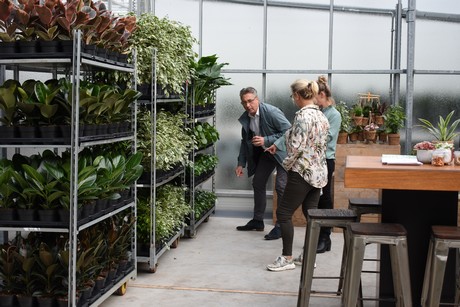 Although Esperit produces both young plants for fellow growers as well as products for consumers, they do take good care not to work against other companies. “We make a clear distinction between the different pot sizes. We do not supply starting material in the pot sizes that we grow ourselves, and good agreements are made with every customer who grows a specific pot size. In this way, everyone must be able to serve their own market without getting into each other's way." 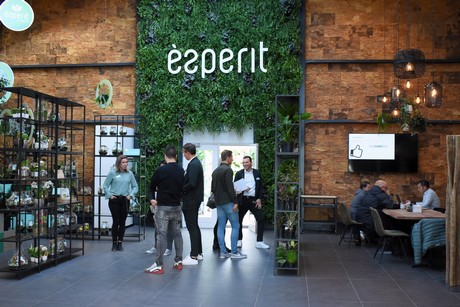