The nursery Kwekerij JoGrow at the Gasthuiswei in Kwintsheul, the Netherlands specializes in growing tropical greenhouse plants and is also a member of the Decorum producer organization. The nursery was recently connected to the geothermal heat doublet of Nature’s Heat on Hooghe Beer in Kwintsheul. 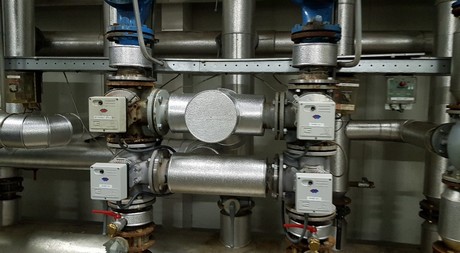 Owner John Grootscholten from Kwekerij JoGrow and Jean-Pierre Schenkeveld from greenhouse heating company Calor Holland agreed immediately after the geothermal energy integration to thoroughly screen the heating system together. An extensive inventory of the heating behavior in combination with the cultivation plan of JoGrow in the various departments and the existing flows with supply and return temperatures of all greenhouse heating groups resulted in an action plan via the engineering phase. The action plan was then discussed with the automation specialist, after which the implementation phase could start.

Although the heating season has only just started and the data of a complete heating season is going to provide a good picture of the implemented changes, it is expected that the ∆T on the geothermal exchanger will increase by approximately 10 to 20%.

Because of the connection to geothermal heat and the optimization of the existing heating installation, kwekerij JoGrow is now 100% free from CO₂ emissions, so natural gas is no longer used. In addition to this fact, the plants of the nursery also absorb CO₂ (OCAP).