Dutch Dendrobium breeder Fransen Orchids has started a partnership with breeder Suphachadiwong Orchids. Half of the Thai company will partner up with Fransen Orchids, which will continue their activities under the same name.

Thai company Suphachadiwong Orchids is owned by Thamlong and Heike Suphachadiwong and has a unique collection of plants. Among which the Dendrobium, an orchid variety that the company in Thailand has been breeding for over forty years both as cut flowers and as potted plants. 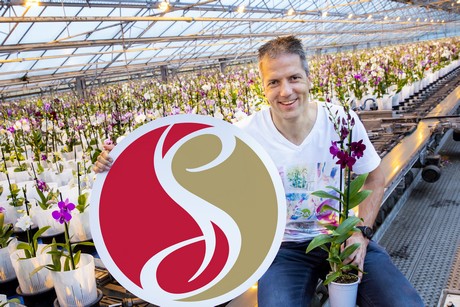 Suphachadiwong cuttings have been cultivated exclusively by Fransen Orchids and Zeurniet for twenty years now. In the last six years, this has been under the name Sa-nook. The two cultivation companies, as well as the sales organization Logico, have been working together intensively in cultivation and sales.

New varieties
On their 4 hectares in Maasland, Fransen Orchids cultivates two more unique orchid varieties: the Dendrobium Berry Oda and the Paphiopedilum. It is expected that new unique varieties will be able to find their way onto the European continent quicker due to the partnership.

Suphachadiwong Orchids has become a bit of a household name in the Netherlands. In April of this year, the company merged with Anco pure Vanda growers in the Westland, which has since been known under the name Ansu. Here again, the company has a 50% share.