The Netherlands is on a trade mission and horticulture was invited. On tour through the growing market when it comes to horticulture, but one with two major challenges: the professional cultivation of vegetables and thereafter the route from greenhouse to supermarket, without highways. 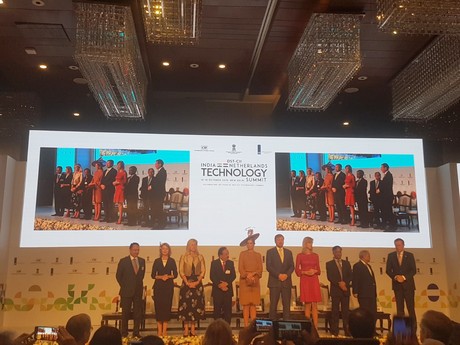 The official part of the trade mission, in which also King Willem-Alexander and Queen Maxíma joined. They are simultaneously engaged in a state visit to India

A total of 145 Dutch companies are taking part, divided into 4 sections (in addition to water, health and high-tech, also the agri-food sector as it is called officially). One of the participants is Jos van Doren from Dutch Plantin, director of the coco substrate producer. “For us, India is our home market, however strange that may sound. We have our own sales team and factories here, although the share of substrate that we actually sell in India is still very small. Horticulture is still in its infancy here.” 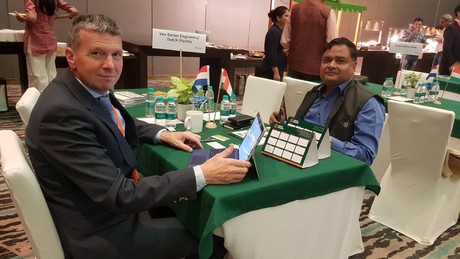 Dutch companies are given ample opportunity to make contacts. Photographed on the left: Jos van Doren

Emerging middle class
In total there are only about two hundred Dutch companies, including horticulture, that are active in India. "Surprisingly little actually if you ask me," says Jos. “India has 1.3 billion inhabitants. A large part of it is very poor, but meanwhile, there is an emerging middle class from around 200 million people. They have an average income, go to the supermarket and also just buy a kilo of locally grown tomatoes."

In anticipation of this development, the Netherlands wants to strengthen the ties and a trade mission is then a solution. “We have been here for about five days, in which we visited various areas and met with universities, and of course had an official part with King Willem-Alexander and Queen Maxíma and also the president of India and came into contact with growers in the largest horticultural area in the country, Bangalore. There are currently already several hundred hectares of horticulture.” 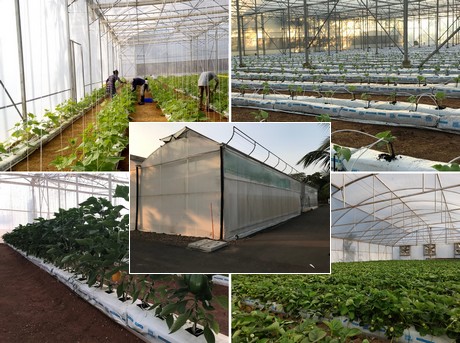 Tunnels and cultivation in the ground
The Indians still largely build their own greenhouses. "These are plastic tunnels, which really do not require greenhouse builders from the Netherlands or from abroad yet, I think. Cultivation also takes place largely in the ground. Less than 5% of growers are already growing on substrate, while that really is one of the first steps towards professional cultivation."

What Jos did not know was that the Netherlands already has a firm foothold in India. "The Netherlands is said to be the eighth-largest country in terms of investment in India, already at this moment. Horticulture is still small in relation to, for example, water technology, but it is expected that substantial growth is possible."

Making contacts
But how long it will take before India really becomes a large horticultural market for all Dutch horticultural suppliers? "Maybe five, maybe ten years, I dare not give a prediction," Jos says. “In the meantime, for example, also Israel is already present here with various suppliers, so we want to be there on time and make contacts in advance. For example, with the various breeding companies, to bring coco substrate at an early stage to the attention in the development of varieties specially adapted to the Indian market.”