From 2 until 4 October 2019, the 29th edition of trade fair GrootGroenPlus took place. This year, the central theme was ‘Great in Green’. And as mentioned in different media, the atmosphere was very good, there were many (255) participants, a slightly (3%) larger trade fair, and the number of visitors increased as well. 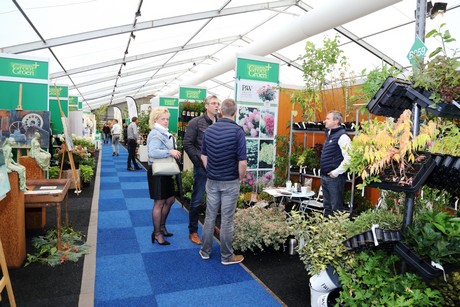 In total, the number of visitors increased by 4.4 per cent compared to last year. And the number of international visitors increased by 1.7 per cent. In 2018, the visitors came from 33 different countries. In 2019, three more countries were added to that list: Egypt, Morocco, and Bermuda. This resulted in a total of 36 countries. Previously, most international visitors were present on the first day. This year, they were spread out over all three days.

The organizers only received a part of the visitor and participant surveys, but the first results show that both groups were very satisfied. They enjoyed both the visit and the atmosphere. And the different items, such as the Road Show, the novelty inspection, the opening with the keynote by Ivo Pauwels, the sensing match, the app, the launch of Pierre Domen’s book, the sensory garden, the Dutch tea, tree election, the general green decoration, the introduction of resistant types of buxus, and all other activities were very much appreciated. 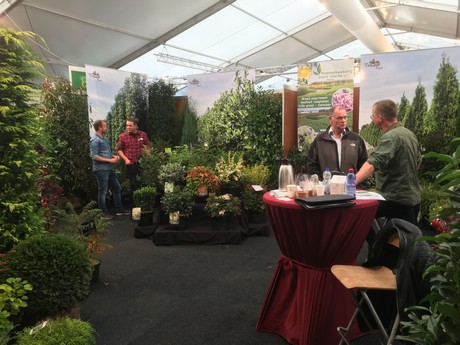 The setup of the trade fair was rated a bit lower, but maintains a solid 7.5. Many participants like to stay in the same place, which makes the setup a bit predictable, according to them. However, visitors don’t really mind.

The mean average that participants give the trade fair is a solid 7, for the third year in a row. Both groups rated the hospitality and atmosphere very positively; this is typical for the industry.

Many participants would like to register for the fall edition of 2020, and also requested more information about the spring fair. 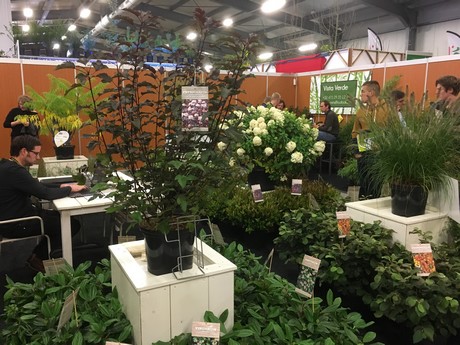 This year, three press tours were hosted: two internal tours and one external. During these tours, the press was very interested. The organizers expect to see this translate into articles in different countries.

General
It was very rainy during GrootGroenPlus 2019. This resulted - partly due to road maintenance - in some problems at the parking lots. At the same time, it seems like the weather also contributed to an increase in visitors, mainly from the construction industry.

The organizers received many requests for simplification of the catering at the trade floor. As soon as the evaluations have been processed, they’ll look at suitable solutions. Simplification might also result in lower prices.

Preview 2020
The interim results and feedback always offer some improvement areas. As soon as the organizers received and processed all participant and visitor surveys, all aspects will be combined with other evaluations and used for planning the edition of 2020.

The registration form for both trade fairs in 2020 is already publicly available.