Under this contract, NCKU will provide nuclear DNA testing and multiplex analysis of orchid plants. NCKU also invited Dümmen Orange to take out a gold membership of the Orchid Biotechnology and Creativity Industry-University Alliance and become its first international member. 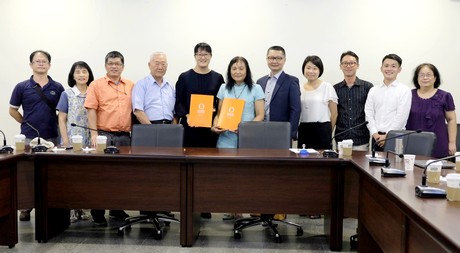 As the first research team to publish the genome sequence of phalaenopsis, the NCKU Orchid Research and Development Center has attracted a lot of attention worldwide, including from Dümmen Orange, which has a phalaenopsis breeding facility in southern Taiwan. Dümmen Orange and NCKU contacted each other officially in March 2019, to discuss a possible collaboration. Hans van den Heuvel, Managing Director R&D at Dümmen Orange, outlined the initial collaboration projects and signed the technical service contract with NCKU in October of that year. 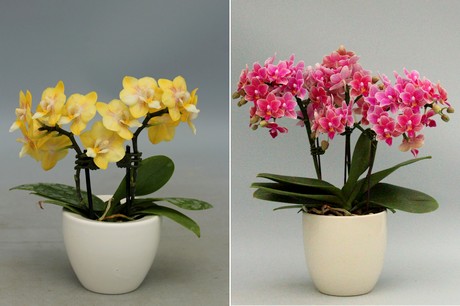 Hong-Hwa Chen, director of the NCKU Orchid Research & Development Center and Distinguished Professor of the Department of Life Sciences, said: “This is the first time the NCKU Orchid Research Center will be providing technical services internationally with its five technical service platforms specializing in orchids. This collaboration opens up great opportunities between Taiwan and the Netherlands in breeding and research in the Phalaenopsis industry.”

Chunting Lang, Breeding Manager Dümmen Orange, who joined the signing ceremony, said: “We are very grateful to the NCKU Orchid Alliance for providing these highly specialized technical services and look forward to working more closely with them in the near future, especially with a view to achieving progress in commercialized phalaenopsis varieties with disease resistance, fragrance, shelf life and transport resilience.”

Orchid Alliance
The Orchid Biotechnology and Creative Industry-University Alliance (Orchid Alliance) was founded by Professor Hong-Hwa Chen in February 2012, executing a MOST project. The Orchid Alliance owns the service platform for key technology relating to orchid-related biotechnology, including the species feature analysis and evaluation platform, the corporate cultivation management platform and the ingredients and certification platform for orchid products. These platforms provide orchid growers (primary industry) and orchid biotech manufacturers (secondary industry) with a wide range of useful knowledge and professional technology.

National Cheng Kung University
The National Cheng Kung University (NCKU) Orchid Research & Development Center has been the push and pull of the Orchid Alliance. It brings together the efforts of industries, governments, academia and research institutes, enabling interdisciplinary resources and interaction to be shared among members. An expanding and ever stronger Orchid Alliance will lead the orchid industry in Taiwan into a new century and a new world.