Netherlands: Purified by the fire

“July 23, 2018, is a day that I will not soon forget. It was Monday evening, I had been playing football and was having a beer with a friend. Coincidentally, we talked with the bartender about all the preventive measures that, as an entrepreneur, you nowadays have to take to be insured against fire. He complained about all the payments he had to make and I told him that I fully agreed with him. We have also been paying for years for all kinds of inspections, better electrical system and other measures as well. That just costs quite a lot of money and they always find something that still needs to be improved or adjusted. But then, prevention is better than the cure, you can say, and better that than ... 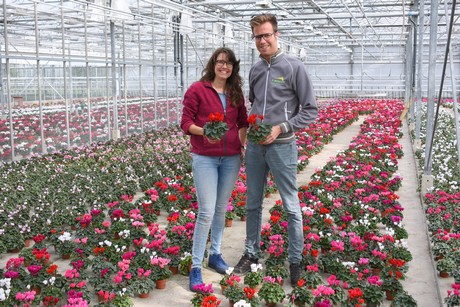 John together with his sister Natasja van Oosten-Mostert

“Less than fifteen minutes later I was sitting in the car when my wife called in sheer panic. “The whole garden is on fire!” You are getting quite a shock and it is also a very strange realisation. You do not know exactly how bad it is, it will not be that bad, it cannot be that bad ?! Of course, I drove home like crazy and when I got there, the whole lane was full of people, fire brigade, a lot of fuss. I saw my family safely on the lawn and a big burden fell off my shoulders. Sometimes you might say that people are the most important thing, a truth that suddenly dawned on me at that time. Ultimately there is only material damage, annoying but oh well. A kind of peace came over me, the whole event as it were slipped away from me and I remember that even the fire brigade was surprised how calm I was. 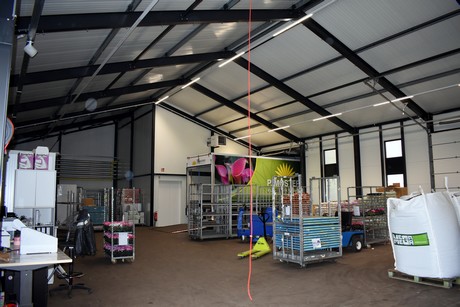 A look in the new hall

Make damage inventory
"My wife in particular thought it was a terrible event because she reckoned, "That is the end of John's life's work." And it really was a serious fire. The entire warehouse and canteen burned down, the flames were twice as high as the warehouse itself. Fortunately, our house and the greenhouses behind the house were spared thanks to the efforts of the fire brigade. But from the processing area itself, nothing was left. 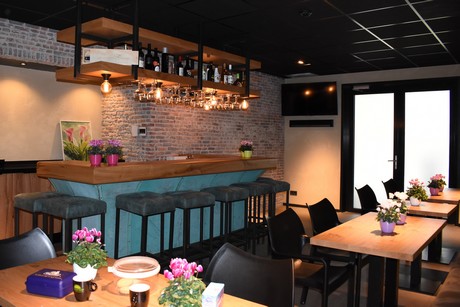 “Subsequently you do end up in a rather strange situation. The next morning you wake up and the first thing you are doing is to list an inventory. So the warehouse is gone, what did it contain? You suddenly, for example, think of your climate computer. It controls the entire garden. Whatever you would like to do, you cannot do anything. And what about the water unit? The plants should have had water that night and were already limp. And everywhere there is mess, everywhere. The pump didn't work anymore, so in the middle of the ebb and flow floor there was a large puddle with dirty fire extinguishing water and everything on the sides was dry. With the water also pieces of solar panels were washed up all the way to the back of the greenhouse. And all that you think is, "This will never be in order again." 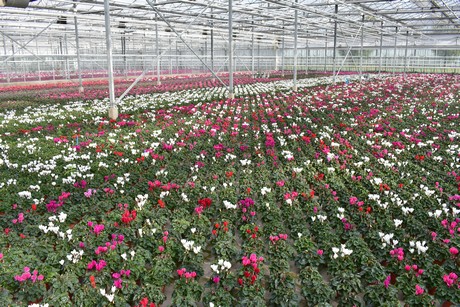 “At the same time, as it were, your eyes are opening and you see that in the middle of the chaos how suddenly everyone is ready to help you. The companies we had called for emergency help, electricians and suppliers, the insurance company, the neighbor and other people from the neighborhood, family and friends. One straight away takes the broom, the other is going to pray for you, solutions for all kind of problems are suggested. A nice piece of Westland mentality, positive approach, roll up your sleeves and get to work. 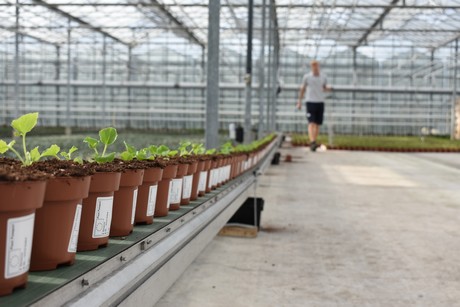 Hardly any outages
“My attention soon went entirely to the plants. We no longer had pumps and could therefore no longer submerge the floor. Irrigation from above was possible, but normally you don't do that. That is no problem for the younger plants, but when they get older they don't like it, the leaves will start to rot. What would be the best thing to do? That first evening we made everything very wet, hoping we did the right thing. We have been working as hard we could and actually I did not have much confidence in it. You are actually doing so many unusual things that it just can't go well.” 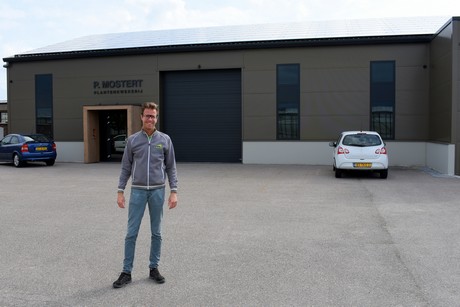 John in front of the new warehouse

“The most amazing thing of all is that we ended up with almost no outages. One-half of the plants had received dirty water, the other half no water. The plants also had no fertilizers for a week. When they did receive it a week or so later, then we had to dose everything by hand and a lot of things could have gone wrong there too. Literally nothing was right and it was the hottest weeks of the year. As everyone will still remember, it was very hot and dry that summer. For a long time, I thought that we would have to throw a lot away, but that was not the case. Ultimately, a few thousand plants at the most. When a few months later I heard from fellow growers that they had a lot of trouble with the warm weather, that there were many who really hadn't been able to get all the plants through properly… That still makes me reflect, that's not my achievement and I really see it as a blessing from God that it went that way. 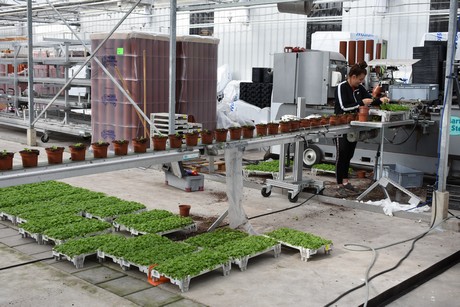 “Despite all the beautiful things that it also has brought us, it was, of course, no fun. In fact, we are still recovering in some areas. But I learned a lot from it and, not unimportantly, we quickly had a new warehouse. The men who built it deserve a medal. I can still see them standing, hard working in the cold from 6:00 am to 4:30 pm. Moreover, it has become a better warehouse than the old one, because it is also better insulated and has been fitted again with solar panels. We now also have air conditioning in the canteen, but due to the excellent insulation, we didn't even need it this summer. ”