3.5% export growth of Dutch flower and plant exports on the eve of Brexit

After the third quarter, the Dutch flower and plant export stands at 4.8 billion euros, according to statistics from Floridata. The growth of the plant value (4.4%) is unchanged ahead of the growth of the flower value (2.9%). The cumulative export growth thus comes to 3.5%. "On the eve of a possible Brexit, it will be exciting whether we can close the year with an export record," says Matthijs Mesken, VGB director. "A no-deal Brexit has major consequences for the entire floriculture sector, because almost 14% of total exports are purchased by the United Kingdom". 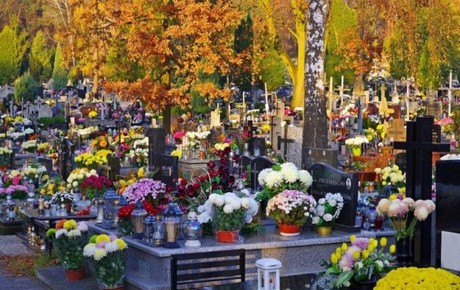 Big plus in September
The export growth in September, which had an extra trading day compared to last year, achieved a big plus of 7.3%. Floridata's export figures show that both Italy and Germany are picking up, although both countries are still showing a slight contraction up to and including September 2019. The largest grower in the top 5 export countries is Poland with a growth of 11.6%. Also the demand from other Eastern European countries is still continuing. "The top 10 exporting countries went down by 0.7%, which supports the further spread of flowers and plants," Mesken explains.

All Saints Day impulse for October export
Friday, November 1, it is All Saints' Day and therefore an important flower-giving day in South European countries in particular. "As a major supplier in Southern Europe, we confirm that October is a peak month for the All Saints' countries," says Ismael de Feijter, managing director of Anton Spaargaren B.V. According to Floridata, cut flower exports to Spain and Portugal peak sharply in October. "14% of the annual cut flower export sales to Italy are realized in October," added Floridata manager Wesley van den Berg. "It is expected that the run-up to All Saints' Day in Italy will remain stable in the coming years," says Tony d’Angelis, Italy sales manager of Hamifleurs B.V. "The emergence of the new young generation and more demand for cremations instead of funerals plays an important role in this," Tony explains.

Consequences of Brexit scenarios 2020
The export of flowers and plants to the United Kingdom is growing by 3.5% up to and including September, with plants doing better than flowers. "This keeps the demand for flowers and plants unchanged despite the fact that we are on the eve of a possible Brexit," says Matthijs Mesken. "Based on the historical data from 2012, we will make a calculation about the export value of 2020," explains Van den Berg. "It is a forecast whereby the increase in export costs due to possible transport delays has not been taken into account. If a soft Brexit pushes the value of 1 pound to 1.30 euro, this would result in a substantial growth in export value for flowers and plants in 2020. If the value of the pound and the euro remains the same in the case of a hard Brexit, exports to the United Kingdom will fall by tens of millions in 2020. A no-deal Brexit will only make it worse so that the export value can plummet by more than 100 million euros, according to Van den Berg from Floridata.

"The Brexit has consequences not only for exporters in the United Kingdom, but for the entire supply and demand market for flowers and plants," warns Matthijs Mesken. "Too large a supply for certain product groups that are popular with British consumers can lead to price drops," says Mesken. Floridata keeps a close eye on the monthly export developments to the United Kingdom and informs the VGB of these developments.

The Top-10 destinations in terms of total export value of flowers and plants from the Netherlands up to and including September (in euros) is available for VGB members and Floridata participants via www.floridata.nl.