Alexandra Farms recently participated in Proflora. Alexandra Farms displays all of its commercial cut garden roses in their booth during the show. Visitors include current and potential customers from all over the world. This year they were visited by customers from the USA, Canada, Holland, England, France, Azerbaijan, Georgia, Russia and the Ukraine, among others. 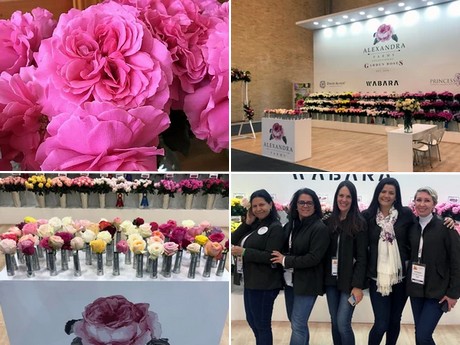 The show includes a variety competition for each type of cut flower, and the top three entries in each category receive an award. This year Japanese variety Princess Suki (Loved One) won second place in the Garden Rose category. 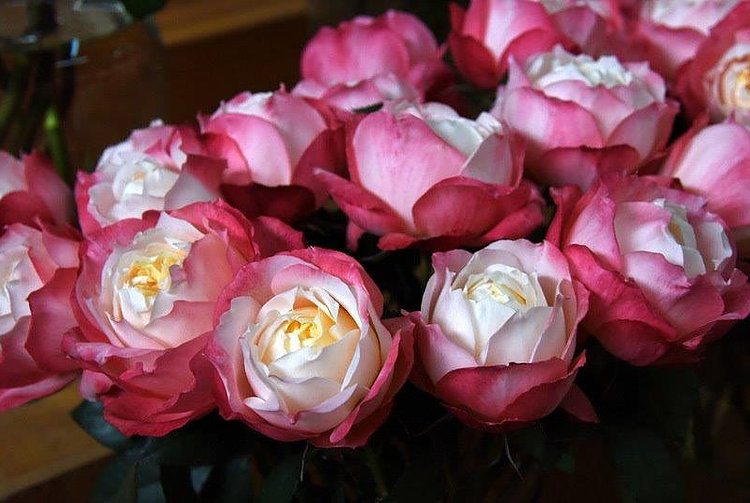 As part of the Proflora celebrations, Alexandra Farms hosted a brunch at their farm for customers and influential designers from across the world. The table arrangements were created by Maggie and Mick Bailey from Bramble & Bee near Houston, Texas. 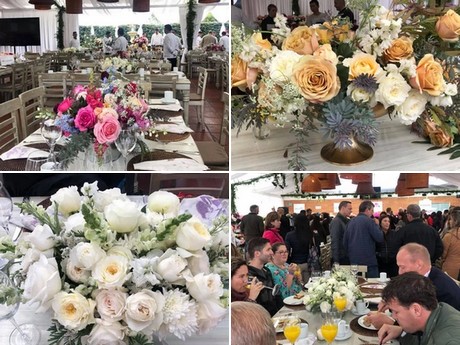 Gold medal
Alexandra Farms was also awarded a medal in Russia at FlowersExpo’2019, which was held Sept. 10-12 in Moscow. 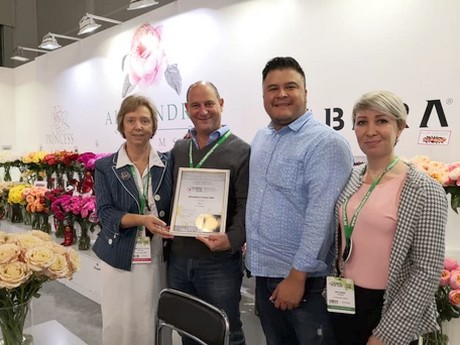 More than 400 companies exhibit at the show each year, including growers from Colombia, Ecuador and Russia. Attendees are importers, wholesalers and retailers of many countries of the former Soviet Union. Hundreds of floral designers also attended, looking for the latest trends in roses and other flowers.

The Photo Spot at the Alexandra Farms booth was designed and built by students and staff from the Moscow Flower School.