More than 150 years ago, Charles Darwin’s fascination with genetics and domestication catapulted the scientific world into new territory as scientists started to ask: How did a species evolve to be this way?

In a study published in Plants People Planet, a team led by Virginia Tech researchers discovered that in its 200 years of being cultivated and domesticated, florist’s gloxinia, Sinningia speciosa, has reached tremendous levels of phenotypic, or physical, variation and originates from a single founder population. 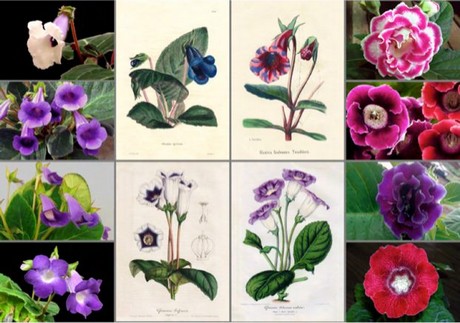 “The hallmark here is that, with early stages of domestication, we see increased phenotypic variation but an overall decrease in genetic variation. So it’s a paradox — and we’ve made it even more of a paradox because we’re showing that all of this phenotypic variation came from a single founder population,” said Tomas Hasing, lead author and graduate student in the School of Plant and Environmental Sciences in the College of Agriculture and Life Sciences.

Florist’s gloxinia, a species originally documented by Darwin himself, was introduced to England in the 18th century. Since then, plant breeders have cultivated hundreds of strains by intentionally selecting for desired traits. Within 200 years — a mere blink of an evolutionary eye —florist’s gloxinia reached the same levels of phenotypic variation as snapdragons, Antirrhinum spp. Snapdragons, however, have been cultivated for 2,000 years.

“Florist’s gloxinia presents a clear domestication syndrome and rich phenotypic diversity. We already knew that it had a small, simple genome, but the complexity of its origin was a mystery that we needed to solve before we started to use it as a model,” said Aureliano Bombarely, a former assistant professor in the School of Plant and Environmental Sciences. In 2014, he proposed the use of this species as a model to study genomic evolution during domestication. 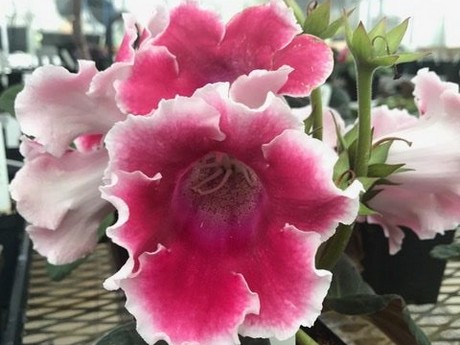 The physical traits of florist’s gloxinia, such as size, number of petals, and colors can be selected for by breeders. Photo credit: Elijah Rinaldi.

To account for the plant’s major aesthetic changes in such a short period of time, the team expected florist’s gloxinia to have been cross-bred with other species at some point during its history. They used reduced representation sequencing of the genome to trace the origins of the plant back to its native home of Rio de Janeiro, Brazil, but found no evidence of hybridization, indicating that most varieties of florist’s gloxinia come from a single founder population just outside of the city.

The discovery of the single founder population explains why florist’s gloxinia has such low genetic variation — cultivating plants in captivity allows breeders to select for different physical traits like color, shape, or size and purge unwanted genetic variation from a population. When beneficial mutations arise, breeders can increase a mutation’s frequency by breeding it into the population. Ultimately, the accumulation of small changes from mutations led to the plant’s high levels of phenotypic diversity.

“Most studies conducted on domesticated plants are focused on food crops, but studying how ornamental crops are domesticated expands our understanding of plant genetics and patterns. This ultimately benefits agriculture as a whole,” said David Haak, assistant professor in the School of Plant and Environmental Sciences and an affiliated member of the Global Change Center, housed within the Fralin Life Sciences Institute.

With the new-found discovery of this alternate evolutionary route to plant domestication, Bombarely, Haak, and their research teams are looking forward to continuing their work on plant genomics and studying its implications for agriculture.