Flores de Serrezuela was founded in 1985. Ricardo Samper is the current owner & director, taking over from his father a few years back. Starting with two hectares of Chrysanthemums, now the company occupies 80 hectares of land, with 54 hectares of actual greenhouses producing carnation, spray carnations, and the rose variety Freedom. We’ve had the opportunity to visit the farm and be shown around by the owner himself. 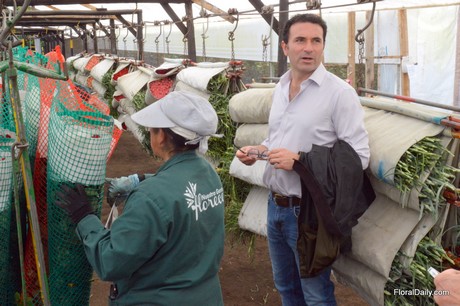 Now one of the first things to notice, in this company as in many other Colombian farms, is the pride they take in their outstanding corporate social responsibility policies. They all seem eager to show their magnanimous attitude towards their workforce, outdoing each other in providing social security and durable working conditions. In Colombia, over the years floriculture grew out to be one of the major sectors offering young people, and especially young women, a fair chance in building themselves and their families a future, or at least contributing in building a peaceful home situation. 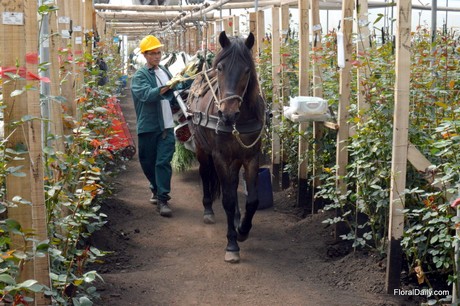 “At Flores de Serrezuela, we employ around 900 people. 60% of them are women. Around 50% of these women are the main breadwinner, meaning around 270 families rely solely on these women. This is not a situation we somehow deliberately helped to bring about, it just turned out that way. However, we are proud to say labour turnover at our farm is low, even as compared to other growers. Generally, our employees work from six to two. Also, around 70% of all workers own a house or a small plot of land a house could be built on." 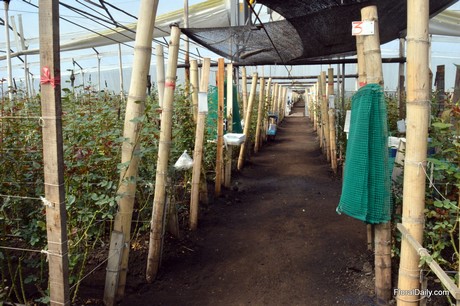 Joe Biden
Another thing the grower is proud to tell is the visit the vice president of the United States, Joe Biden, paid the farm back in 2013. A year before, the United States-Colombia Free Trade Agreement went into effect. Did it work out the way they hoped for, what did it do to the Colombian export market and the floriculture production in particular? “We were happy to host him and show him how things work around here. To both parties, this trade agreement is of enormous importance, since the North American market is of huge importance to us, while vice versa they largely depend on our production.” 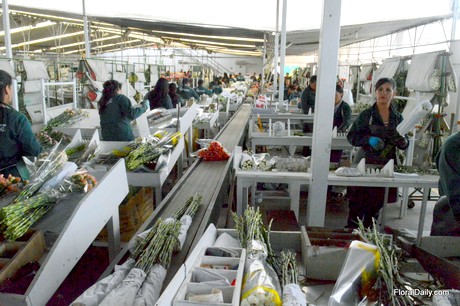 As to most growers, the US is their natural market. However, in case of Flores de Serrezuele only 30% of all stems are actually sent to America. Japan comes in second, Russia third, and a variety of other countries, mostly within the EU and notably the UK, also consume substantial numbers. In order to profit most of the important festive days, notably Valentine's, roses are pinched heavily. Target is the niche market, Ricardo tells us, meaning quality is held above quantity, with flowers receiving just this little bit of extra care guaranteeing customers uniform, high quality stems. 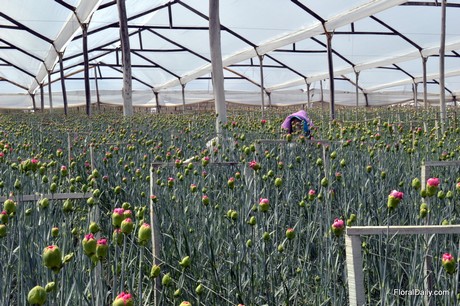 Production
All flowers, propagated at their own facilities, are grown hydroponically on rice husk. This is ‘no worse than coco-peat, but much cheaper’. Automation is not comparable to for example a Dutch glasshouse farm, as is the technical input within the greenhouses, but investments are made. For example, heating is in place, and currently an automated flower transport system transporting stems from the greenhouses to the processing area is being installed. According to Ricardo, there are only three growers boasting a similar system. 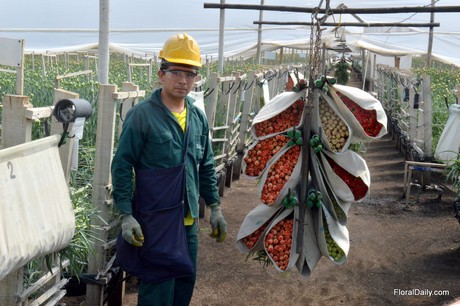 In terms of irrigation and power, neither of them form much of a problem. Flores de Serrezuela collects about 70% of all water falling on its territory, which almost equals the required daily amount. This is about 2000 cubic meter. In case of drought, three wells located around 400 meters below the surface are at its disposal. Lastly 7 big reservoirs together store 200,000m3 of water, theoretically guaranteeing water supply for another 100 days without any rain. 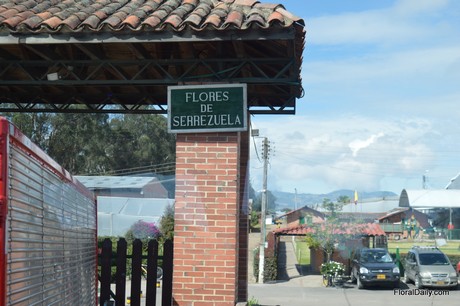 In terms of electricity, Colombia actually is a very ‘green’ country. Around 85% of all electricity used in Colombia is generated through hydropower, making the European question of tomorrow’s natural gas supplies non-existent. However, in order to keep it that way, and in order to counter peak demand, some solar panels will be installed soon. 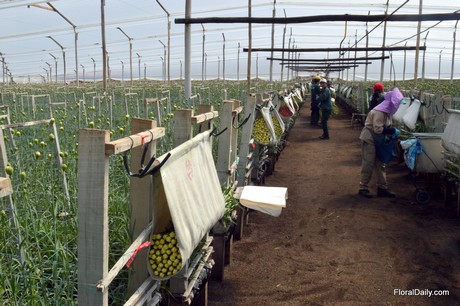 Labour
Besides the all over importance attached to the social aspects of labour, there also is a more economic concern. At Flores de Serrezuela, labour costs amount to 60% of production costs. Even though shortages in labour are by no means pressing, there are some concerns. Labour is aging, and young people are not interested too much in cutting roses. Also the stability of fulltime employment offers seems generally to be of less importance to youngsters. More focus on automation anticipates possible future shortages, the aforementioned flowers transporting system at the farm being an example. 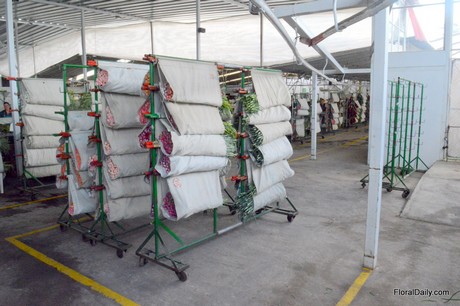 Florverde
Lastly, one of the many ways in which the South American rose production differs from its African counterparts, is in the prevalence of different certification schemes. Whereas in Africa and Europe MPS and especially FairTrade takes centrestage, the South American farms primarily care to be Florverde certified. “It’s the Rolls Royce among all certificates, to be Florverde certified largely covers all other certificates”, Ricardo says. “At least in terms of social & environmental responsibility. Unfortunately it is not very much known in the rest of the world, but a good collaboration with other certifying bodies like global GAP and Rainforest, a certificate we hope to obtain soon, is in place. “ 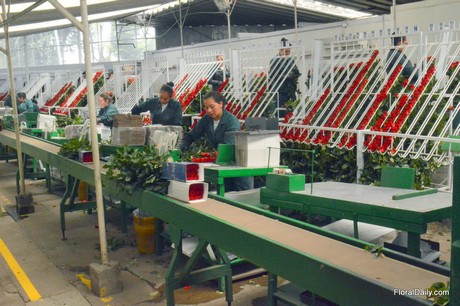 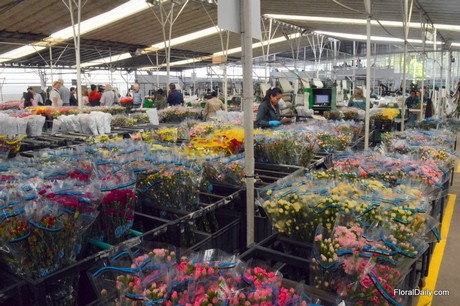