Colombia: "We want to be the leaders in innovation"

"We don't want to be the largest hydrangea grower in Colombia, we want to change the hydrangea industry to the next level - we want to be the leaders in innovation", says Jaime Ruiz, owner of Arvi Farms, a Colombian hydrangea farm. And his dream is beginning to take shape as their work has been awarded several times. The latest award they received was at the Proflora show where they have been named best hydrangea grower and Champion with their variety Electric Blue. 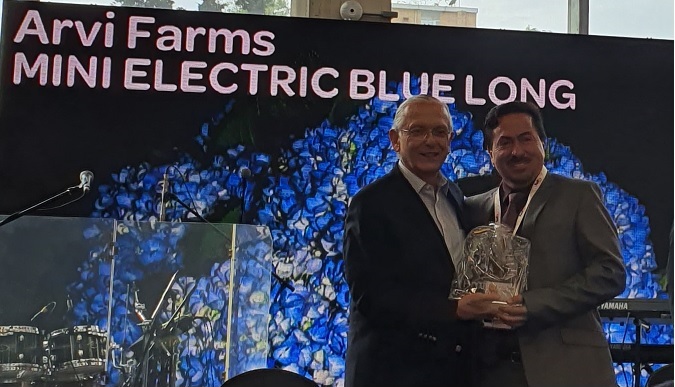 Augusto Solano of Asocolflores, the organizers of Proflora, handing out the award to Jaime Ruiz during the proflora.

Improving the quality of hydrangeas on the market
Arvi Farms was established in 2012 in La Ceja, Colombia, close to the Medellin International Airport. Since their establishment, Ruiz has seen the hydrangea market taking shape, and according to him, it is still a sector that is developing itself. "There are many farms, but most of these so-called farms are exporters or packaging rooms that buy from small local growers. These small local growers, however, have a less sophisticated operation where constant quality is difficult to achieve. And as the market - our market is US-Canada, Korea, Japan and the Netherlands, is not asking for more hydrangeas, but better quality hydrangeas there is still a lot to be gained in this field."

So, there are many hydrangeas on the market, but many lack quality and this is the focus of Arvi Farms. "We are not a big farm, but we are totally focused on quality rather than volume." And according to Ruiz, delivering a good quality product is not only growing a good quality product. "It is a combination of factors both on the agricultural level and post-harvest level." 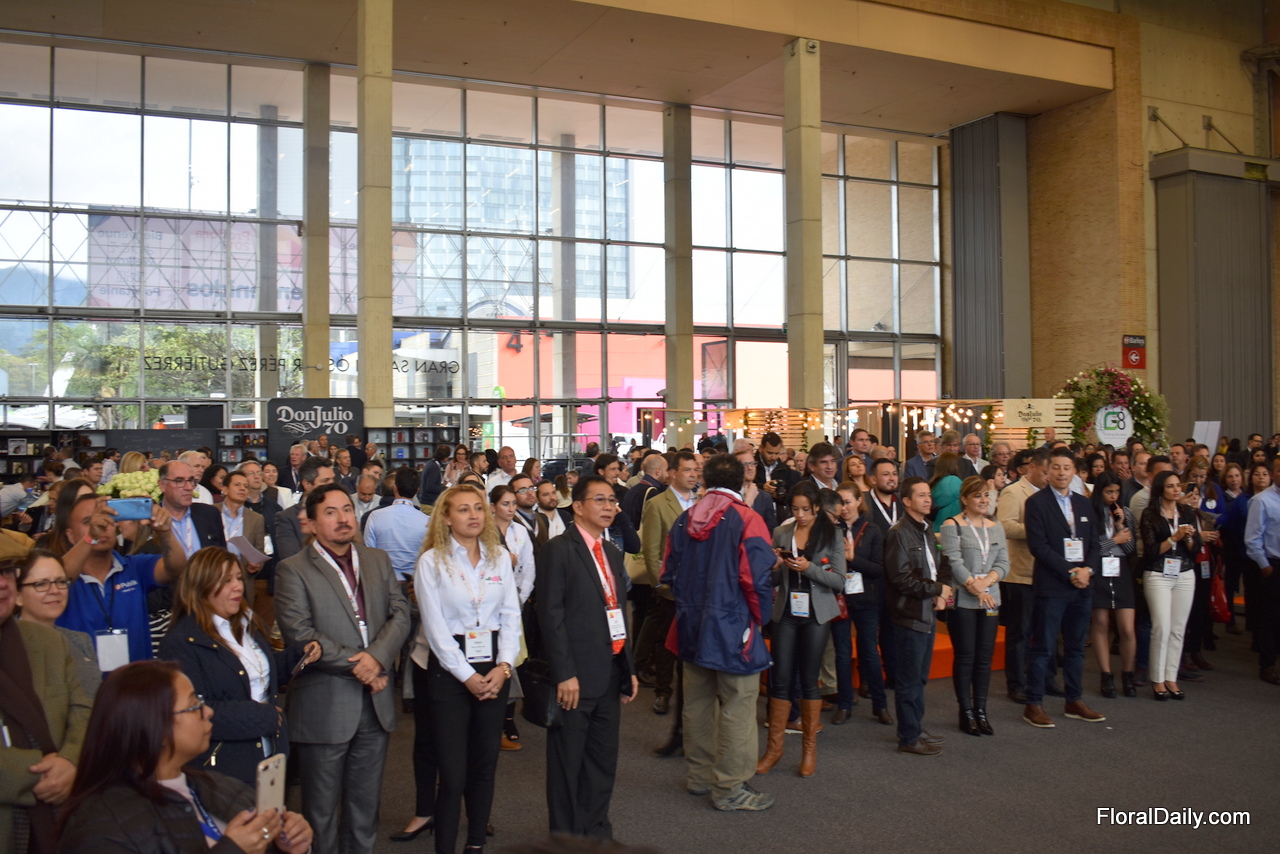 The award ceremony during the Proflora attracted a lot of attention.

Awards
Their work has been crowned by several awards. Last year, we received a Platinum and Gold award at Agriflor in Quito, Ecuador. At the Society of American Florists’ Outstanding Varieties Competition, we received “Best in Class” designations (along with numerous blue ribbons) and at Proflora this year, we received the awards “Best Hydrangea Grower” and “Champion” at Proflora in Bogotá.

Besides awards, Ruiz is also proud of to have earned the praise of some of the industry’s most respected figures. AAF, AIFD, PFCI and J Schwanke, the founder of uBloom.com. In his TV program “J
Schwanke’s Life in Bloom” on PBS, described Groflowers’ hydrangeas as “the finest quality” in the market. “I have had Groflowers’ products last for weeks,” Schwanke said. “You can tell they’ve been grown in a facility that’s dedicated to post harvest care and handling. It definitely sets them apart from the competition.” 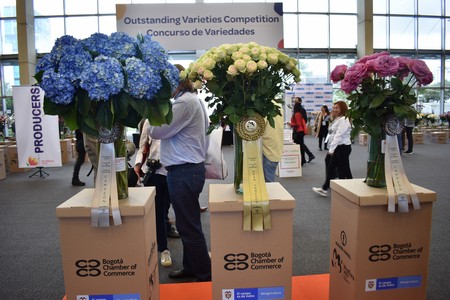 The Champions and Grand Champion at the Proflora 2019. On the left Electric Blue of Arvi Farms, in the middle Brilliant Start Green Pink (Grand Champion) of Esmeralda and on the right Queen's Crown (Champion) of Plantador Colombia. 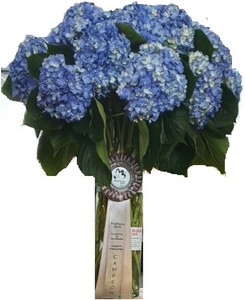 Every two years in Colombia at the Proflora show there is a Best variety Competition among all growers that participate in the event. A panel of prestigious judges grade all the varieties and the higher grade the best flower. With their hydrangea variety Electric Blue, they won one of the highest awards, namely Champion.

But what makes the variety so special? Ruiz: Since most hydrangeas are pastel colors, the electric blue hydrangea is used by our customers to provide contrast with orange or red colors, specially in consumer bunches."