How can we sell more flowers to more people? That was the main question during Floriforum, which was held yesterday on the eve of the International Flower Trade Fair. Growers, traders, retailers and florists would love to be able to look inside the mind of consumers and click the button "Buy Now". While that's not possible (yet), the buying behavior of consumers can be influenced, if you know how. 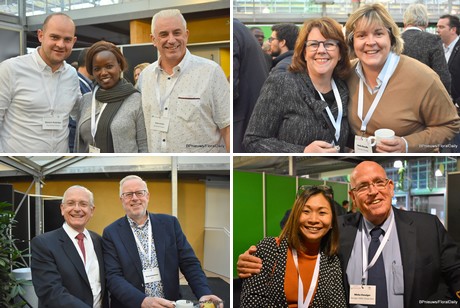 The first step is to understand how the mind works. Martin de Munnik, who with his company Neurensics studies the effects of commercials on the brain of consumers, who are constantly deliberating between pain and gain. What are the pros and cons? Through fMRI experiments, all sorts of emotions are measured, giving a nice overview of the effect of a commercial. 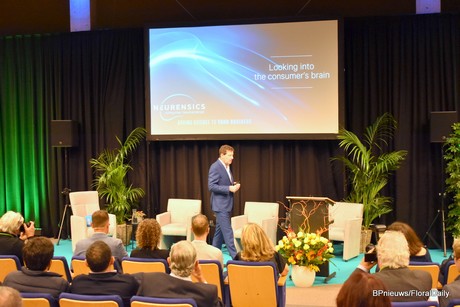 That yielded interesting insights, according to Dennis van der Lubbe of the Flower Council of Holland. The 'We need more flowers' campaign was subjected to analysis and then fine-tuned to achieve the right balance of emotions the images should invoke. 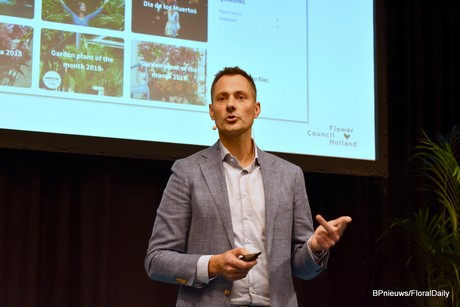 Measuring is knowing. That applies to the effect of commercials, but also to the data collected and analyzed by British company Bloom&Wild. This e-commerce enterprise started six years ago with sending flowers by mail. COO Phil Burton was on stage to talk about the company's philosophy. Although only a handful of the 100 employees have their roots in the flower industry, the company still manages to send 1.9 million bouquets a year, while expanding to Ireland, France and Germany.

In the panel discussion that followed, Paul Burton of Flower Hub said he was hearing a lot of new things. "As a grower, you sometimes feel a bit lonely in the chain", the former grower from Kenya said. "There is some negativity surrounding nurseries, but here I'm actually seeing positive campaigns." 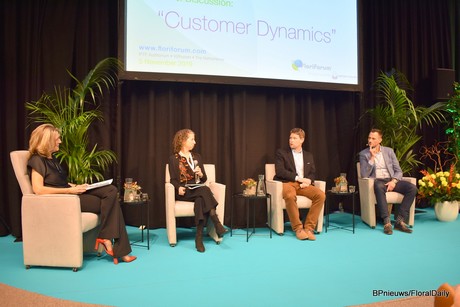 The panel, with from left to right moderator Simone van Trier, Kate Penn of SAF, Paul Burton of Flower Hub and Dennis van der Lubben of the Flower Council of Holland.

The panel zoomed in on market trends, with input from Kate Penn, of the Society of American Florists, but also from the audience. For instance, the demand for locally produced flowers: is that a danger to the industry? Without a global market, we might as well call it quits, was the response from the audience. "We need that global trade".

Dennis van der Lubbe also noticed this trend, but he doesn't see it as a threat yet, as long as you continue telling a story. Just explain to the consumer why Kenyan flowers are better than locally grown ones. The same goes for sustainability. The main thing is not doing business sustainably, no matter how noble this is, but that people know you're doing it.