Myplant & Garden participates in the project of making Milan a greener city. The plan of the ForestaMI programme, organised by the City Council of Milan, is to plant 3 million trees within 2030 in the metropolitan area of the city.

On 25 October Myplant has planted the first tree at Parco Nord: it has been the symbolic act of the birth of a new woodland in the city, that will start next Spring with the plantation of the first 200 trees.

“This intervention is not only a challenge towards the environment, but also an original idea of living – say the organisers of Myplant, the leader trade fair for the green industry in Italy. The first 200 trees will be planted next Spring thanks to the contribution of our exhibitors. The project, also with its future development, will involve the local horticulture sector with native species of the region from local nurseries.”

Increasing the green portion of cities has a lot of positive outcomes: diminishing CO2 levels in the atmosphere, reducing pollution, limiting the sanitary impact of the climate crisis, mitigating the effects of warmth waves and of ‘tropical nights’, better controlling the water flux during heavy rainfalls. These outcomes offer advantages to the health of people and in the economics of a city. Urban forests are an investment for the health of citizens, for the value of real estate, for the urban resilience to atmospheric traumas, for energy saving, for the hydraulic drainage of the territory. 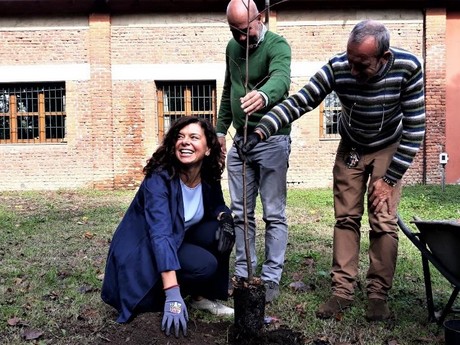 “Planting 3 million trees in the metropolitan city within 2030 is an ambitious project if we consider that as of today there are 5.5 million trees on the whole territory – declares city council member for Verde e Urbanistica Pierfrancesco Maran. Ambitious but necessary both for the environment and for the quality of life of our citizens. In order to reach this goal it is capital that everybody contributes, both public bodies and private entities. The initiative promoted by Myplant & Garden is very significant, as it contributes to this great project of urban forestation, but also because it involves directly local businesses that operate in horticulture.”

Il Bosco di Myplant
Il Bosco di Myplant (Myplant’s woodland) will be created within the velodrome of Parco Nord Milano thanks to the contribution of the companies that will participate in the next edition of Myplant (Fiera Milano Rho, 26-28 February 2020). Once mature, the woodland will absorb around 50,000kg of CO2, equal to the amount of emissions generated annually by 7 Italian citizens, to 315,000km travelled by car (7 laps around the earth), and to the life cycle of 100,000 water bottles.

Environmental awareness and social commitment
Il Bosco di Myplant is part of a broader vision of promotion of the environmental awareness and social commitment within the International Green Expo. Side by side to the presentation of the woodland project, two very significant initiatives promoted by the trade fair have been introduced: I Giardini di Myplant – (Myplant’s Gardens) the annual design competition dedicated to charities organised by Myplant & Garden in cooperation with Fondazione Minoprio – and Riuso del legno urbano (urban wood recycling), a tangible example of circular economy.

I Giardini di Myplant (Myplant’s Gardens) is a design competition organised every year by the Expo, whose object of intervention involves outdoor areas of structures dedicated to the cure, assistance and protection of people – often minors – with serious social and medical problems. After the project realised at Dynamo Camp in Tuscany (‘I Giardini Dynamici’, where 3,000sqm of grounds were requalified during the Summer of 2018), the competition has allowed the creation of an outdoor gym within the headquarters of the Comitato Maria Letizia Verga in Monza (‘Il Giardino della Sport Therapy’) which has been inaugurated last September.

In 2020, instead, ‘Il Giardino di Corte’ will be inaugurated, an outdoor area at CasArché, a community for mother-son families of Fondazione Arché Onlus (Quarto Oggiaro, Milano). 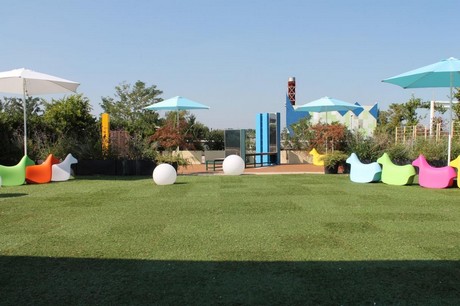 Riuso #LegnoUrbano (urban wood recycling)
Myplant also participates in the project for the reuse of urban wood, a plan of circular economy that favours the conservation of the natural capital generated by a city, e.g. waste produced by pruning and felling plants for reasons of instability, age, disease, urban development, renovation of trees. These practices generate costs and also have an environmental impact. The project aims at giving a second life to a natural, precious resource thanks to a new approach toward urban wood: from wasting a resource, to valorising waste as a resource.

On 21 November – National Tree Day – Myplant, thanks to the cooperation with Assofloro and Rete Clima, will participate in the Stati Generali del Verde in Turin in order to take charge of the recycling and transport of some felled trees that will be given a new life within the exhibiting halls of the upcoming edition of Myplant & Garden (26-28 February 2020).

The wood taken from these trees will constitute the central exhibiting elements in a cult event within the trade fair, in order to present the thousands of international visitors with a new sensibility towards this theme.